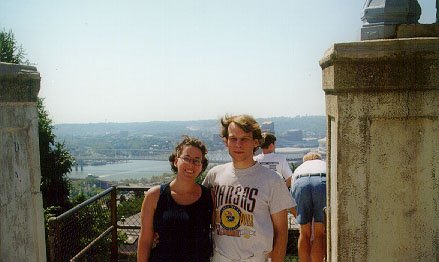 This is me in 1999, posing with M, my boyfriend at the time. He visited me a few times in Cincinnati before we moved in together. On his first visit, I took him to the Mt. Adams neighborhood, with magnificent views of the city.

Note: Read the first installment in this series.

After I graduated college, I packed up my 1985 Ford Thunderbird with all my belongings and drove to Cincinnati to start my job with F+W Publications.

I didn’t know anyone in the city except my boss, Greg. He served as my only anchor for many months, so much so that when I needed someone to drive me to the airport on Christmas Day, he was the only person I could ask. (He agreed and was even cheerful about it.)

My first year in Cincinnati, I lived in a furnished studio apartment in the Hyde Park neighborhood, recommended to me as the safe part of town. To make up for that bad advice I was given, I now discourage newcomers from moving there if they have any adventure left in them at all. Hyde Park is where you live if you have a lot of money, like to run, and have decided against the suburbs.

During those early years, if anyone ever visited me, my procedure was the same: Show them Mt. Adams—a San Francisco-style neighborhood with views of the city—then do something on the river, e.g., go to Montgomery Inn or take a cruise on BB Riverboats.

Today, no one visits me, but when they do, I feel at a loss as to what to show them. It’s not that Cincinnati doesn’t have worthwhile things to see, but its riches are best discovered through daily living, not tourism. Yes, there’s an increasingly vibrant downtown, and we’ve got Fountain Square, but for me, the enjoyments come from being local. Perhaps I’m too well-traveled—and that undercuts my perception of Cincinnati’s wow-features—but unless you live here, you probably can’t appreciate the combination of (1) low cost of living (2) high-quality urban life and arts community and (3) dramatic absence of typical city annoyances (traffic, crowds, etc).

[Note: I might have to take back that entire paragraph. This past weekend saw the grand opening of Smale Riverfront Park. That, plus The Banks development, promise to dramatically reshape Cincinnati’s downtown. See all my photos here.] 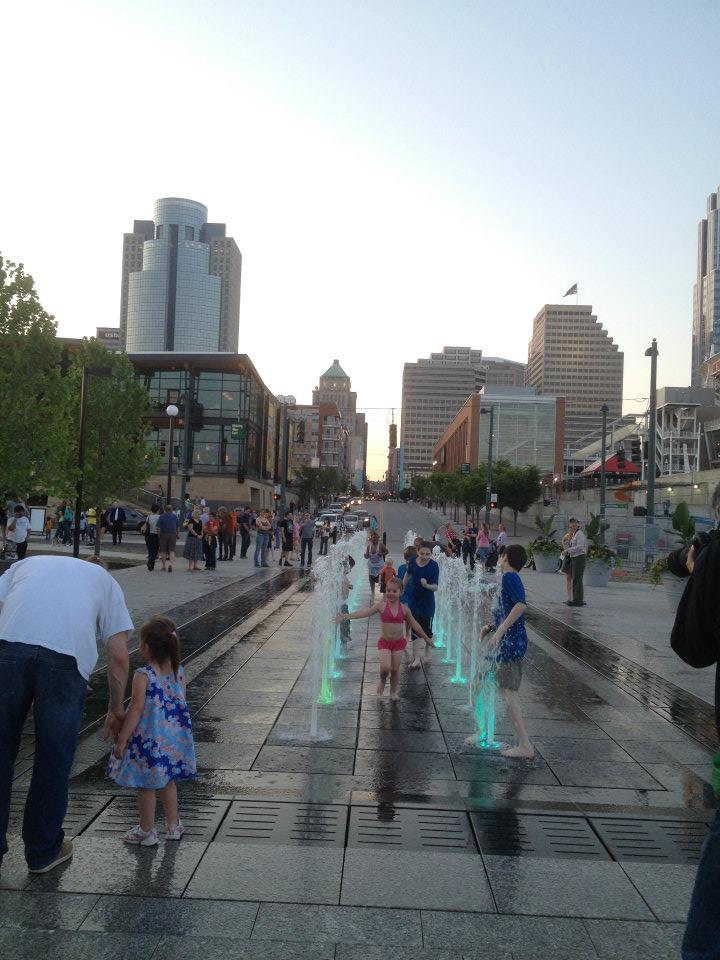 It took 10 years of working in Cincinnati for me to truly live in it. I moved to Over the Rhine (OTR), which is believed to be the largest urban historic district in the United States. It contains the largest collection of Italianate architecture in the country, and is an example of an intact 19th-century urban neighborhood.

OTR is the first neighborhood I’ve ever lived in where I’m not constantly getting in my car to leave it. All my favorite places—and many necessities—are within walking distance.

Unfortunately, the large bulk of my time in Cincinnati was grudgingly spent in Clifton, due to a longterm relationship with (and later marriage to) a UC doctoral student. Clifton is a sprawling university neighborhood, and even though I work there now and don’t mind it, the only fond memories I have of living in Clifton are my long-distance runs outside of it.

My most symbolic Clifton moment was when, on a Halloween evening, my boyfriend, M, answered a knock at the door only to find an adult male with a tall boy in a paper bag and a miniature American flag in his hand. He asked if he could use our phone. (This was before cell phones were commonplace.)

M looked at me, and I shook my head vigorously (the man at the door couldn’t see me), but M was sweet, naive, and from another country. Ultimately this guy asked M to give him a ride to the gas station where he was “late for work.” It was about a 5-minute drive away. M agreed.

Fifteen minutes later, M hadn’t returned … which turned into thirty minutes, then one hour. I called my best friend to ask what she thought I should do. She came over immediately with her husband. By that time, 90 minutes had passed. My friend started to go through some logical steps: Let’s call the gas station, let’s call the district station …

Just as she was about to convince me to call the police, M pulled up. I ran to the driveway and was hugging him through the open car door window before he had even turned off the engine. He acted like nothing had happened—he was merely annoyed at being duped into playing chauffeur all over the west side of Cincinnati based on a convoluted story about a diabetic mother who desperately needed meds and groceries.

I think that story is still getting told around Clifton to naive university students. Almost daily, as a university employee, I receive e-mail alerts about the latest criminal activity in the neighborhood. (See memes below from UC students.) I always tell the suburbanites, who ask about safety in Over the Rhine, that I’ve experienced far more criminal activity in Clifton than I ever have in OTR. 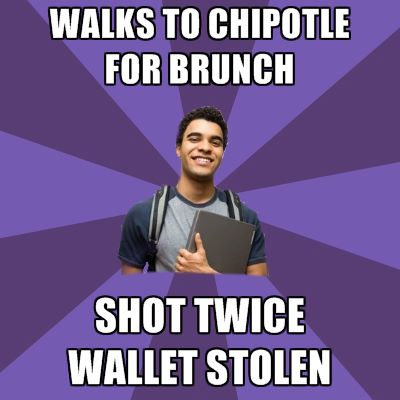 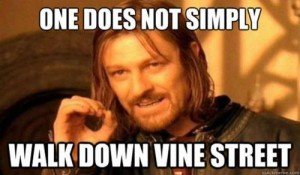 I wish I had more time to spend in OTR and downtown Cincinnati, to watch the continuing transformation of the neighborhood that may eventually become a big tourist destination. I think that’s beginning to happen (see Lonely Planet and New York Times), plus downtown resident population is up 12%. In case you’re curious, the video below gives you a good feel for my neighborhood + downtown.

I wonder if the magic will still be here when I return, and how it will feel to become an outsider.

Posted in Cincinnati, Growing Up, Love and tagged OTR, over the rhine.

yeah, I would never walk through Clifton on my own when in Cincy – unless I was really drunk, in which case beer bravery would some out.

I can’t believe Hyde Park was your first place to live though. Ha, it’s so sleepy, I can’t remember anyone under the age of 40 living their. It’s quaint, but like you say, nothing happens.

Glad someone agrees with me on Hyde Park! I got a couple Hyde Park residents upset with me for my assessment. 🙂

ha, I’m sure. Don’t get me wrong, it’s lovely, but somewhere I’d rather enjoy my twilight years instead of live my best ones

Gorgeous pics. I live in a suburb of Houston but may as well live in the jungles of the Amazon. No bookstores, no culture, but lots of chain stores and restaurants.

There’s a good deal of that here, too. It’s called Colerain Avenue!

I love these letters. I left Cincinnati(Northern, KY) in 2008 for Kalamazoo, MI and these letters make me miss the place I called my home for 31 years.

Wow.  Such an interesting post.   I loved reading this!  Sometimes reading someone’s life story is better than anything fiction can throw up.  Especially when it’s as well written as this.

Thanks, David! That means a lot.

Really appreciate the Cincinnati area and enjoyed this article!  It brought back some memories of living in Clifton(while attending UC) that I had not thought about for awhile! I have a nephew that is living there now–it has changed so much since I lived there.

Yes! And it continues to change. Bulldozers have taken over a significant stretch of property between McMillan and Calhoun. Will be interesting to see how it develops.

Jane, thanks for the fond look at Cincy. I grew up there and left at the same time you were arriving. I love that OTR has turned from the one place in town you just don’t go to the place everyone wants to live. Good luck in your move!

Thanks, Sarah! Hope you get to visit the new OTR someday.