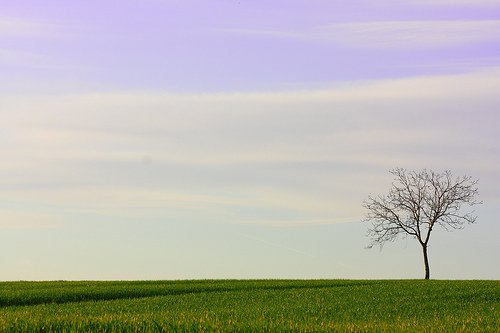 Today’s post is an excerpt from the recently published Birth Your Book! by Dr. Liz Alexander. Find out more about Liz at the end of this post.

Where did the myth of the lone creative genius come from? You know, the idea that a writer must sit alone in the garret awaiting his or her muse for inspiration, with little more than a bottle and recreational drugs for company?

The truth is creativity is a collaborative act achieved largely by highly social, stable individuals. We like to think of the famous inventor, Thomas Edison, as being the only person to have dreamed up the thousands of patents and inventions that are attributed to him. It’s not widely appreciated that among Edison’s contributions was the first known research and development (R&D) laboratory. Edison may have provided the environment, the persistence and much of the inspiration, but it was his unsung employees whose combined efforts helped to discover and develop the ideas we consider to be solely Edison’s.

The likes of Einstein, Bohr, Heisenberg, Pauli, Planck, and other geniuses within the scientific community certainly spent many hours alone conducting thought experiments, but they knew the value of meeting to share and debate their postulations about quantum theory and the nature of reality.

When you want to generate creative ideas, there is a huge advantage in cross-pollinating different perspectives, disciplines and approaches in a mutually respectful, open-minded environment.

Authors are part of a creative community. When I wrote each of my four books for Gaia Books, for example, I had to work up a draft proposal for the commissioning editor. I would then collaborate with him to produce a final proposal document that needed overall editorial approval before I could begin writing. I’d then work with a designated editor who would critique each chapter as I wrote it, making changes to tighten and improve the work. We’d team up with a designer (these books had extremely high production values, with beautiful artwork and illustrations throughout) until the finished book read and looked as perfect as we could get it.

Read the acknowledgements page of any work of fiction or nonfiction to discover just how many people played a part in that writer’s life. Similarly, when I worked as a freelance journalist, most of my articles—although well written and meeting the scope of the commission—were “red-penned” because the magazine editors knew their readers better than I did. Their job was to improve upon my article, which they did, although it was always my name that was credited.

It’s true that many writers, including myself, like to get away from it all once in a while, spending weeks and sometimes months closeted away from the outside world. But that is mainly for practical reasons, such as being able to write without the day-to-day distractions.

Writing does not have to feel lonely or be anti-social. On the contrary, good writers need to be fully involved with the world. As Tom Wolfe once said,“The author should be out in the field the same as the reporter, living, observing and experiencing life.”

Learn from and work with individuals who are ahead of you professionally and who can provide the scaffolding you need to stretch yourself beyond those capabilities you could achieve by yourself. Find people who can provide you with the necessary motivation and support to make you feel part of a successful team.

This is particularly important if you are taking the self-publishing route where there are fewer quality controls. Under these circumstances you have no editors or other publishing professionals helping you determine the scope of your book, how best to structure it, to critique your writing style, and ensure that the end product enhances rather than detracts from your professional reputation and credibility.

I like to think of it this way: When I want to look really good, I go to a professional hairstylist; I wouldn’t dream of cutting my hair myself! Despite all the software packages available, I prefer to trust a CPA who knows all the tax regulations and loopholes to complete my tax returns and give me that peace of mind. When I realized I needed a website that was an income generator and not just an online brochure, I worked with a professional who could help me understand and apply the relevant web tools and analytics.

There are some things that can be accomplished alone, but writing a book should not be one of them. If you are trying to publish a book, the more professional, experienced and credentialed minds and eyes that can assist you in the birth of that book, the greater its likely impact on your readers. 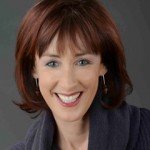 Books (both reading and writing them) are the passion of Dr. Liz Alexander. She is the author of ten commercially published nonfiction books. Collectively, these titles have reached close to half a million readers worldwide. Now committed to indie publishing, Birth Your Book! is her first e-book.

Liz Alexander was born in St. Andrews, Scotland in 1954, although her family moved to England a few years later. She will swear to you that she was born with a pencil in her hand and thinks of books variously as her travel agent, time machine, and therapist. One of her earliest memories is of producing a newspaper with the John Bull printing set she was given one Christmas. At age 16, Liz wrote, directed, and starred in her first play, Osiris, based on the Ancient Egyptian myth. Early on in her writing career she wrote short stories featuring a private detective for a newspaper in Scotland. She’d prefer to forget about the teenage poems that were published in an anthology of verse.

Liz has written and co-authored over 20 award-winning non-fiction books—most of them mainstream published—while maintaining a successful freelance journalism career. Asked to describe herself in three words she would answer: thinker, writer, adventurer. The order depends on her mood. Learn more at her website.