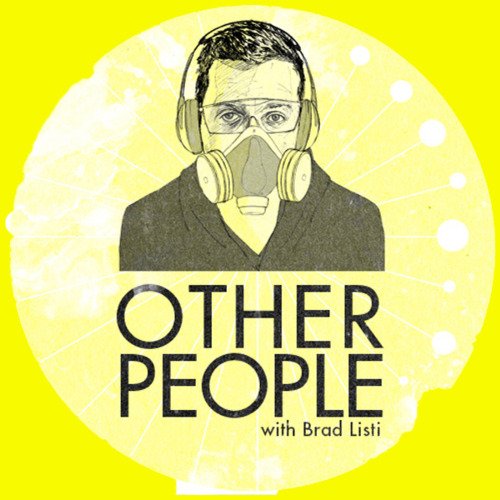 Today’s interview is brought to us by the wonderful novelist and humorist, John Warner.

Odds are, if you care about writing, reading, or books, you’ve run across Brad Listi. He’s the author of a well-received novel, Attention. Deficit. Disorder; the founder and publisher of literary website The Nervous Breakdown (and its associated publishing imprint); and has recently added the title of “podcaster” to his resume with the launch of Other People with Brad Listi, which already counts Steve Almond, Emma Straub, Darrin Strauss, and Dana Spiotta among his guests. I was recently interviewed by him, and came away wondering how he’s managing to juggle all these roles, so I took the opportunity to turn the tables and ask him a few questions.

When I think of Brad Listi, I think, “literary entrepreneur.” Which comes first for you:  the “literary,” or the  “entrepreneur”?

The literary. I consider myself a writer first. The rest of this stuff wouldn’t be happening were it not for that fact. But it’s also true that the two are increasingly intertwined, and that my “entrepreneurial” activities dominate a lot of my time these days. Initially the dream was to avoid the entrepreneurial stuff, to go write books and make good money and not have to worry about the rest. A small handful of authors seem to have that life, or some semblance of it. The overwhelming majority doesn’t. To be exclusively “literary” is, to my eye, a rare occurrence.

Right now I don’t have that option. Maybe someday I will. But even if I did, I’m not sure I would take it. What I’ve found over the years is that I don’t like to work exclusively on one thing, or exclusively on my own behalf. That’s not how I’m wired. And I mean, don’t get me wrong:  I love to write. It’s a grind, but I love it. And I definitely have that component to my personality. But I also like to work with other people, and on behalf of other people. I don’t want my work life to be exclusively about me and my books and my brain and my name. I start to feel suffocated by that after a while.

The work I’ve been doing on the entrepreneurial side of the equation feels in some ways accidental—The Nervous Breakdown, TNB Books, and the podcast, Other People. I kind of stumbled into a lot of this stuff, responding to shifts in publishing and changes in technology, and so on. Trying to wrap my head around the consequences of it all. Trying to be proactive and experimental and, I hope, a little bit helpful. The optimist in me feels like we’re living in a rare time. Publishing is a massive, multi-billion-dollar business, and it’s going through a revolution. I don’t think that’s an overstatement. The rules are being rewritten, nobody knows exactly what’s going to happen, and authors have an opportunity to affect the process. I like that part of it, maybe more so than others. I find it interesting.

With all of your different roles (editor, podcaster, writer, father of a small child) requiring what I’m imagining is some serious juggling, what’s the typical Brad Listi work day?

I work from nine to five, or thereabouts. And then I’ll hang out with my daughter for a couple of hours. And then I’ll usually do a few more hours at the computer after she goes to bed. It’s not uncommon for me to work until midnight, or a little after. And I usually work six days a week. (My wife is an extremely patient woman.) It’s not entirely ideal, but I really like what I do. If I didn’t, I don’t think I could hack it.

Why expand into podcasting? What’s missing that you think “Other People” is able to provide?

Well, I’m a big radio nerd, for starters. I’m a huge Howard Stern fan. He’s probably the root of it all. I think he’s criminally misunderstood by a lot of people, many of whom have never really listened to him. And I’m a podcast nerd, too. Everything from Fresh Air to The Moth to Times Talks to Charlie Rose to WTF to This American Life to New Yorker podcasts, to you name it.  I listen to a ton of this stuff and really love the medium.  And I was having trouble finding a book-related show that would do what I wanted it to do. Either the conversations were too short, or too dry, or too lit-crit oriented, or too self-serious, or whatever. I wanted a show that focused on writers as people, one that really humanized them. Who they are. Where they come from. What their shitty day job is, or was. Why they write. How they stay motivated. And so on.  I wanted something a bit looser, more informal, more candid and spontaneous and funny. And after searching for a while and not being able to find it, I decided to do it on my own.

And I also think the show is a response to my own existence, much of which is spent online. Writers in general spend an absurd amount of time at their keyboards, and on the Internet, and in many ways we have a greater degree of connectivity and community than ever before. But of course this connectivity is usually digital, and the community is often two-dimensional. You know people superficially by their avatar photos, or by their Twitter feeds or status updates. I get a little bit exhausted by that after a while. And the podcast, I think, was born of this fatigue. I wanted to talk to people. I wanted to hear some voices.

The podcast sounds sort of effortless as I listen to it, but I’m imaging that’s not the case.

(Laughs.)  No, that’s not the case. I wish that were the case. I spend a lot of time on it. And the more listeners that I have, the more worked up I get about execution. All of a sudden there’s an audience. I don’t want to fuck it up. I don’t want to bore people or ramble on interminably or say something idiotic. I really sweat over this stuff. Just ask my wife.

And then of course there’s the learning curve. I’m still pretty new to the medium and figuring it out as I go. You make your mistakes and try to learn from them as quickly as possible. The hardest part is listening to my own shows, which I force myself to do. It’s painful but necessary, comparable to the revision process in writing. You have to do it if you want to improve.

It seems that, without a doubt, we’re in the midst of revolutionary change when it comes to writing and publishing. As a guy who’s plugged in to the leading edge, what do you see as the future path for people who want to live a life of writing?

Oh, god. Well … it never hurts to be super-talented and prolific, with great commercial instincts and insanely good connections.  And it’s probably a good idea to become an expert at something. Find a niche. Write a blog regularly. Build a community around your work. Interact with that community. Feed the stray cats. And if you’re incredibly charming and have a good headshot and make friends easily, both in person and online, that’ll help, too. And if you have good marketing instincts and a talent for cyber-publicity stunts, that can potentially be useful as well.

Otherwise, what can you say?  It’s a very competitive environment. There are a lot of good writers out there, and beyond that, there’s an insane amount of stimuli vying for the attention of the general public. Authors are competing against movies, television, smartphones, video games, radio, social media, the Internet, you name it. And everything seems to be atomizing. I talked about this on a recent episode of the podcast, how all forms of media seem to be splintering in a million different directions. It’s remarkable. And a little unnerving.

It feels like we’re entering a new media landscape where the barrier to entry is essentially nonexistent. Almost anyone can make a TV show, for example, and play it on the Internet to a possible worldwide audience. And the Internet is soon going to be integrated with your television, if it isn’t already. Camera technology is getting better and better—and cheaper. And so now anyone can make a movie pretty affordably (relatively speaking) and edit it on their laptop and make it available to people to watch on their flatscreens or iPads or smartphones or whatever. And almost anyone can record an album and sell it on iTunes. And almost anyone can write a book and publish it and distribute it globally and run their own imprint and create their own magazine. And so on. It’s crazy.

All of the various media worlds seem to be reconfiguring themselves in dramatic fashion, simultaneously. Production and distribution have been democratized. It’s a massive reshuffling of the deck. And of course the flipside of this equation is that readers and viewers and listeners are provided with an increasingly insane amount of choices. Capturing market share and building a following in this kind of environment is difficult.

As far as publishing goes, I don’t think there are any easy answers or magic bullets. On the one hand, there are a lot of things about the digital revolution that are promising. It shifts a lot of power to the author and enables us to make more money on a per-sale basis. This is a good thing—potentially a very good thing insofar as making a living goes. But then there’s still the issue of marketing and making actual sales. And as far as that goes, my view is that word-of-mouth trumps all. Same as it ever was. Nothing is more important when it comes to selling books. So first and foremost, you have to be really, really good. And then secondly, you have to be really, really lucky; you have to catch that magical cosmic wave that certain books and authors seem to catch as a function of timing and the mood of the collective subconscious. And thirdly, you have to be proactive and effective in letting people know about your work.

Otherwise, if you’re an artist, I think you just keep working. You say fuck it and forget about all the rest. You focus on what you do, and you try to do it really well. You make the necessary sacrifices. You follow your nose, and you try things. You experiment. You trust your instincts. You stay awake to changing business realities. You take chances and maintain a willingness to fail. You keep an open mind.

And I mean, despite all the flux and chaos out there, at the core of it nothing much has changed:  if you’re a writer, you can’t do it to become rich or famous. That’s a fool’s errand. The only reason to go through the agonies and ecstasies of writing a book is because you have no other choice. You do it because you love to do it, and you can’t not do it, and you do it because you have something that you urgently need to say. Otherwise you probably shouldn’t do it at all.

John Warner is a writer, editor and college teacher, not necessarily in that order. He serves as Editor at Large at McSweeney's Internet Tendency (2003-present). His latest book is The Funny Man: A Novel, from Soho Press.