Today’s guest post is an interview with literary agents Bob Mecoy (@BOBMECOY) and Kristin Nelson (@agentkristinNLA) by Sangeeta Mehta (@sangeeta_editor), a former acquiring editor of children’s books at Little, Brown and Simon & Schuster, who runs her own editorial services company.

How is it advantageous—financially or otherwise—for self-published authors to enlist the services of a literary agent, especially if they are making a sizable profit independently?

Can authors successfully straddle the traditional and indie publishing worlds without creating any conflicts of interest?

At the Romance Writers of America (RWA) annual conference, I attended a panel called “Agents and the Self-Published/Hybrid Author: A Winning Combination” in which agent Bob Mecoy at Creative Book Services answered these and many related questions, and I followed up with him after the panel. I also sat down with agent Kristin Nelson at Nelson Literary Agency to ask her opinion about the indie author–literary agent partnership.

SANGEETA MEHTA: Do you believe the self-published/hybrid author–literary agent combination can be highly beneficial for the author?

BOB MECOY: Google “intellectual property” and “lawsuit” and you’ll discover that you need an agent. As a writer, you are playing in one of the most complex fields there is. You have rights you have to control, enforce, and sell. An agent can help with all this whether in the independent or traditional realm. You need someone to say, “This is what booksellers are looking for. This is what I’m hearing from the field.”

KRISTIN NELSON: Absolutely. There are two types of authors—those who come from traditional publishing and who are well aware of what an agent can offer, and those whose only success has been indie (Cristin Harber, Hugh Howey). When indie authors start navigating the waters themselves—the film inquiry, the foreign contract—they learn pretty quickly why an agent might be valuable. It’s definitely a beneficial partnership. But to be clear, I rarely take on an indie author simply to exploit film or subsidiary rights. The profit margin is too low in that arena to make an effective agency model.

BOB MECOY: Traditional publishers are looking at what indie authors are doing with everything except packaging. This is especially true when it comes to romance, which has always been an evolutionary hot spot in publishing.

Several years ago, my client Jennifer Ashley and I went to her publisher to discuss pricing. We’d discovered that, if you publish a short book at a low price before you publish a long book at a standard price, sales would increase. To their credit, the publisher agreed to try this approach under their banner. Indie authors are equal parts independent publishing company, equal parts lab; they can afford the sweat equity traditional publishers can’t, and traditional publishers can learn from this.

KRISTIN NELSON: The most important factor traditional publishing could learn from indies is how to leverage sales by deploying venue-targeted ebook files for all the major vendors. In other words, for the Amazon Kindle edition, indie authors embed buy links that lead directly to their other titles available on Amazon. All indies see higher click-through to sales—which traditional publishers don’t leverage, as they have not adopted this practice yet. And I get it. They aren’t tech companies. That would mean ten different asset files for the same title. They simply don’t have the manpower to handle the volume.

But I have definitely coordinated metadata tags across series where the publisher controls the first couple of books and the author controls and indie publishes the last couple books of the series. And we’ve seen sales of all the titles rise. We’ve also worked on down-pricing permanently the first book in a series controlled by the publisher and then coordinating the pricing of all the other titles—even those controlled by the author. Works remarkably well, even for a ten-year-old backlist title, as I recently coordinated this with a major publisher and we saw sales pop in a big way.

Considering your success working with writers who have bridged the traditional and indie publishing worlds, many authors probably query you with the goal of wanting to go hybrid as well. What are some of the mistakes you see these authors make in approaching you? Not explaining their sales? Asking you to sell foreign rights only?

BOB MECOY: Don’t say you’re a bestselling author if your book cracked some category of the Amazon bestseller list for a second. Query with the truth. Tell me how many copies you’ve sold and if these sales were in the ebook format or print-on-demand or both. Tell me what kind of business you’re running. Don’t tell me about your pets or your garden unless you’re writing about that. Make yourself commercially interesting.

KRISTIN NELSON: In terms of asking an agent to just sell foreign or film rights—it’s not a mistake. It’s smart on the author’s part to look for an agent to sell these rights. However, it’s not a strong enough of a financial incentive for me to enter into a partnership to sell these rights only; I’m not a foreign rights outlet. This could be a great business model for someone who wants to focus on these rights, though.

If some of your clients are hybrid authors, you’ve likely had to change the way you negotiate option clauses and non-compete clauses. Can you elucidate?

BOB MECOY: It is possible to form a non-exclusive relationship with a publisher if you’re very specific about the non-compete clause. One client is continuing her series with her publisher by giving them the opportunity to consider anything new that’s not under contract—with a ticking clock. What we get from that is the opportunity to continue an independent series in the indie market, and what they’re getting is transparency. What I’m negotiating is a degree of control for my client for her time and efforts.

KRISTIN NELSON: For some of my hybrid authors, non-disclosure was involved, so I can’t reveal specifics. However, I can tell you that publishers will work with you on contract clauses and language, on a case-by-case basis, if an indie author is involved. Publishers are realizing that there are sales benefits to an indie author promoting their own titles at the same time as their traditional books. Do note that publishers will want to coordinate the release schedule of a hybrid author’s titles with their own. That way it’s maximized for mutual benefit.

Some agents are attracting prospective clients by promising them a hybrid publishing career—but mainly through digital platforms they own. What should writers watch for in these kinds of situations?

BOB MECOY: Beware of thieves. You shouldn’t have anything to do with any digital platform that’s taking a piece of the profits from the work unless that company is contributing to the success of that work. What can they contribute—editing, positioning, packaging, design, marketing? If the company is affiliated with an agent or agency, ask if they’re a member of the AAR or subscribe to the code of ethics of the AAR. Agents affiliated with the AAR can’t recommend a rewrite for your book and profit from it. What you’re looking for is someone who is doing the real work of publishing your novel and not simply profiting from putting your book up online.

KRISTIN NELSON: We offer clients the opportunity to use our NLA Digital platform, but they control their rights (NLA is not a publisher). Also, this is 100 percent the authors’ choice and not an expectation on our part. It’s simply an added value of the services Nelson Literary offers as a literary agency for our authors.

If an agent tries to take a commission for work she hasn’t done or hasn’t significantly helped to “publish” or distribute, just say no. I’ve definitely heard rumors of agencies wanting to take on an indie author, establish a hybrid career, and then requiring a commission percentage on the author’s indie-published stuff that they weren’t involved in. For me, that doesn’t make much sense for the author.

Do you have any other advice for those looking to publish both independently and traditionally?

KRISTIN NELSON: Know thyself. Have reasonable expectations. If you want to be an indie author with full control, then be that. If you want to be a hybrid author who also publishes with a traditional publisher, know that you as an author will have to forgo control to make that work. Smart expectations are essential. A traditional publisher is not going to pay what you are “worth” as an indie. They simply don’t have the profit-and-loss bottom-line numbers that will support those kinds of advance levels. Know ahead of time that publishers will not follow the same practices that successful indie authors often deploy. Also, indie authors need to trust that publishing houses can make a big international success happen—something we’ve not seen an indie-only author achieve as of yet. However, a publisher cannot guarantee that such success will happen. There are simply no sure things in this industry. If an indie author looking to be hybrid goes into the partnership with the idea that it will expand audiences and readership, then the potential is there for both parties to be happy working together.

About Kristin Nelson and Bob Mecoy 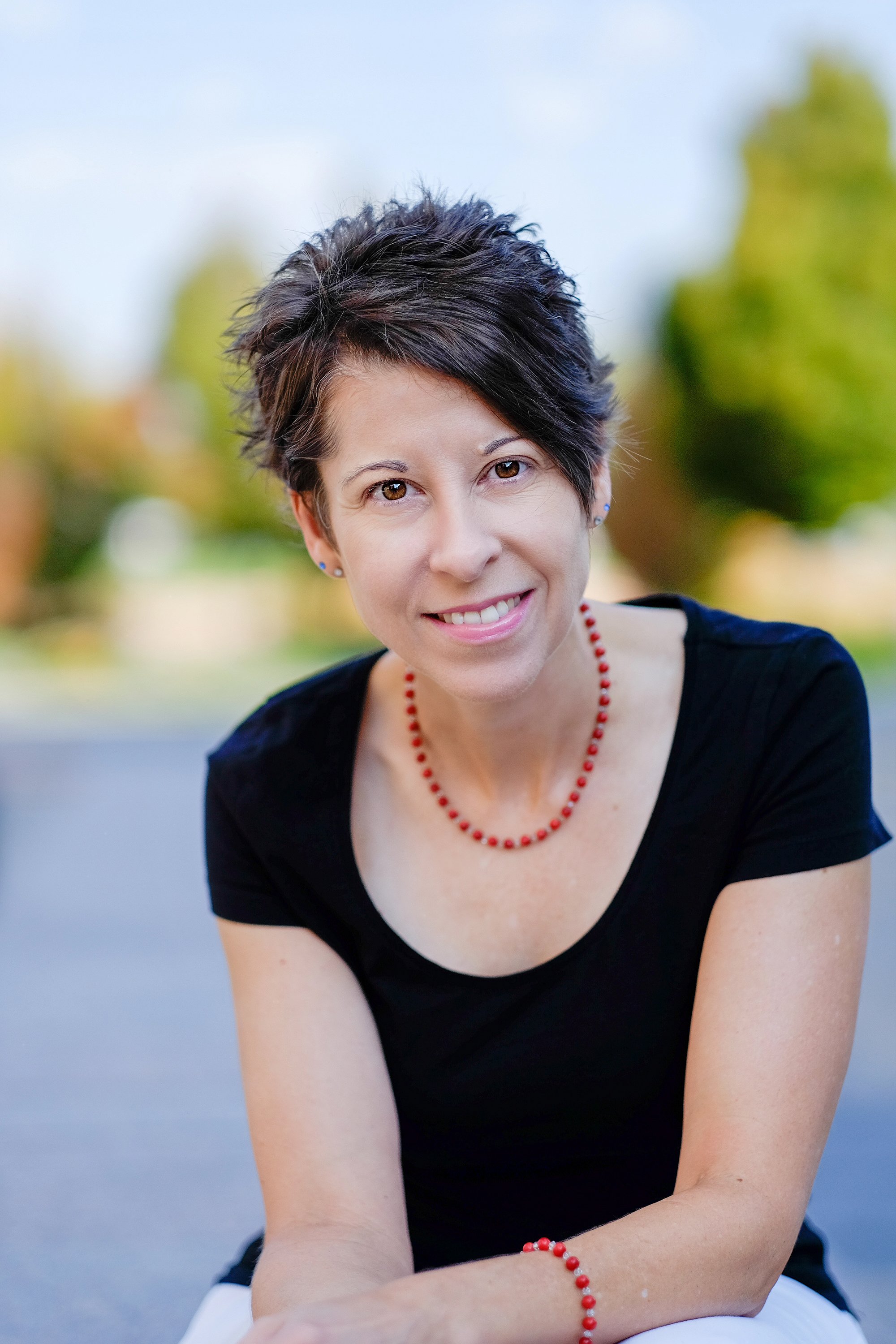 She is currently looking for literary commercial novels, big crossover novels with one foot squarely in genre, upmarket women’s fiction, lead title or hardcover science fiction and fantasy, single-title romance (with a special passion for historicals), and young adult and upper-level middle grade novels in all genres.

When she is not busy selling books, Kristin attempts to play golf and tennis. She also enjoys playing bridge (where she is the youngest person in her club), and can be found hiking in the mountains with her husband and their dog Chutney.

Please visit her website for submission guidelines, as well as her popular blog, Pub Rants. Kristin can also be found on Twitter (@agentkristinNLA) and on Facebook. 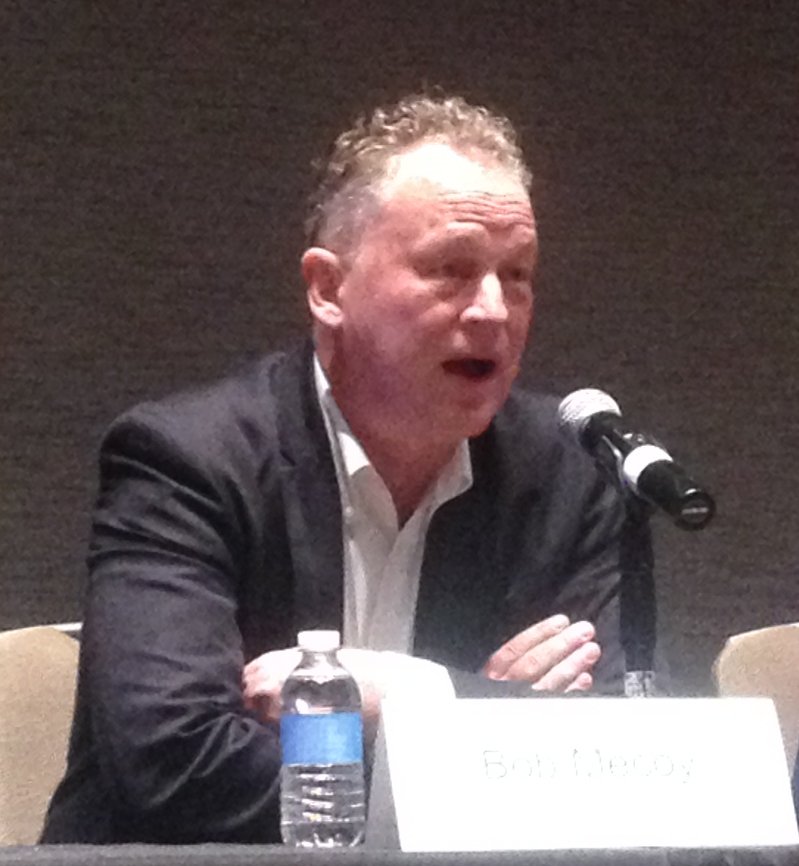 Bob Mecoy (@BOBMECOY) is a recovering editor who has visited all the stations of the commercial cross. He was senior editor at Dell, executive editor at New American Library, editor in chief at Avon, vice president at Simon & Schuster, and vice president at Crown before jumping over the desk to become an agent fifteen years ago. He represents New York Times bestselling authors in the romance, crime, and thriller genres. He also represents award-winning graphic novelists and a number of nonfiction authors of note.