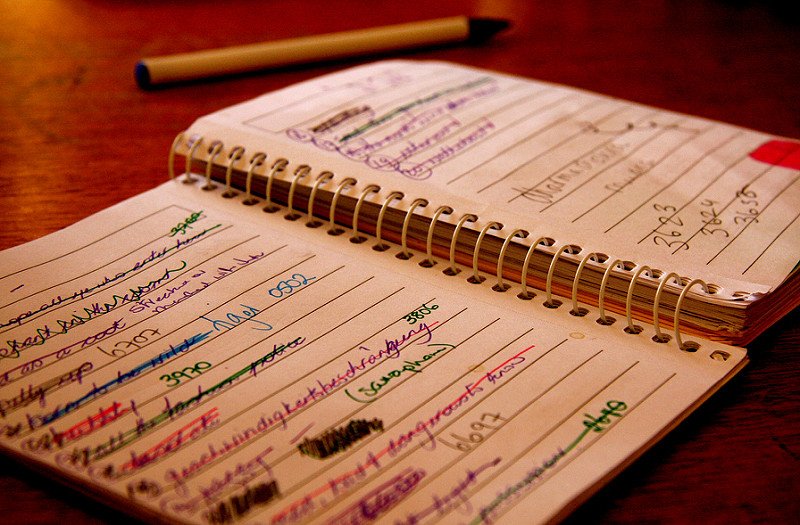 Earlier this week, at this site, I featured a post by Cyndy Etler on how list-making can help you manage the overwhelming process of trying to write a memoir, or any story about your life.

The universe is working serendipitously this week, because Yelizaveta P. Renfro just published a piece over at Glimmer Train on the magic of list making. She says:

A novel I’m working on began two and a half years ago as an eighty-four-word list divided into nineteen “items” that became chapters…. Slowly, each of the nineteen items expanded into its own list, a nesting-doll regression to smaller and smaller units, to scenes and paragraphs and sentences, until each word was in place.

Related (and nearly a decade ago), I learned about an important productivity method—perhaps the most important I’ve ever learned—and it boils down to this: Never create a to-do item that is actually a project. Instead, use to-dos that are specific action steps. In other words, you would never have the following to-do items:

Instead, you would break these enormous projects into the smallest possible components, starting with to-do items such as:

Also this month in Glimmer Train: