There is so much publishing and marketing advice for debut authors since they don’t know much—if anything—about the process on their first go round. But for most authors—particularly novelists whose work is not necessarily attached to specific moment in time—book marketing is a long game that involves building an audience and a brand over the course of many books.

This week I launch my second novel, She Regrets Nothing, almost two years after my debut. Given that I’d worked in book publishing for eleven years before Losing the Light was published, I knew more than most authors going in, but I’ve learned so much in the two years since! Here are four questions to consider between book launches that will help you maximize your long-term marketing efforts.

1. Who are you core audiences?

Before your debut novel releases, you spend a lot of time thinking about who the audience might be, but once it’s been on-sale for a while you have more information to work with about who they actually are.

Like a politician playing to their base, your marketing efforts should always consider your core audiences. Unless you are writing for a very specific niche, your audience probably includes crossovers from different groups. For example, folks who bought my book were primarily female and read a mix of literary and upmarket women’s fiction, domestic thrillers, as well as some new adult fiction and contemporary romance. One of the best reasons to be on social media as an author is because it allows you to see and connect with your audience, giving you real time insight with which to tailor your marketing efforts. 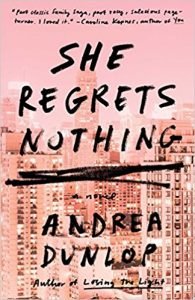 2. What’s new about this book?

Of course you’ll want to go back to anyone who loved your first book, but to grow your audience you need to either reach more of the same type of readers, or reach new readers. Consider what elements your second book has that your first book didn’t.

My novels have plenty in common— female protagonists, coming-of-age elements, a strong sense of place, disastrous romantic entanglements—but identifying what was new about She Regrets Nothing helped me and my marketing team figure out how this book could reach a wider audience than the first. My second novel is the story of a young woman who discovers a wealthy family that’s been kept from her and decamps to New York to join them. Right away the book started garnering comparisons to Gossip Girl, a show that’s endured as a cultural touchstone of New York City (and which I happen to love) and Edith Wharton, who wrote so beautifully about social class in New York. There are also darker, edgier elements to my second novel that have sparked conversations about sexual dynamics, class, and wealth that the first one didn’t.

3. What worked well for your first book launch? What didn’t? 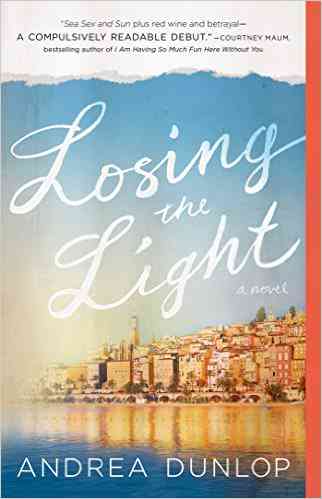 Before you publish their first book, your marketing plans are mostly speculative. But once you’re a year or two in, you’ve seen which efforts were successful in terms of generating publicity, boosting your social media engagement, and converting into sales—in other words, what worked for you and what didn’t. I threw many different tactics at my first book’s launch, meaning that at this point, I can double down on the former and abandon the latter.

I hired an outside publicity firm—Booksparks—to handle the PR for my first book and since they did a stellar job, I hired them for the second book. Because they knew me and my work already they’ve been able to get significantly more attention for my second book.

A counter example: for the first book, I spent a lot of time trying to get Amazon customer reviews, and while this can certainly help with a book’s visibility and sales, for me the cost-benefit of the outreach wasn’t worth it. Now that I know that, I can take it off my to-do list.

4. How can you fine tune your social media strategy?

Social media marketing takes a long time to pay off. If you’re a neophyte, it takes a while to learn how to use the various platforms well, understand their audiences, and feel comfortable enough to generate good content. Many novelists only get serious about social media when a book launch is imminent, meaning that social media might not have been a major factor in your first launch because your platform wasn’t that big. And that’s okay! That time between books is a great time to get your sea legs on social. Once you have a better idea of who your audience is, you’ll have a better idea of how to find and communicate with them.

I wasn’t hugely into Instagram before my first launch, but Bookstagrammers such as Book Baristas and Swept Away By Books became some of my first evangelists and really helped my work find its initial readers. After experimenting with the Instagram a bit more, I discovered I really liked using it, which is always a key component to being effective on a given platform. I also experimented with some new platforms between books, such YouTube, which I abandoned once I discovered just how work intensive it is to create great videos (hats off to the YouTubers!).

When a book launch isn’t imminent, it’s easier to approach social media with a spirit of experimentation, creativity, and fun, and to freely abandon what isn’t working for you. Much of the social media overwhelm I see comes from the idea that you need to be on all the platforms all the time—something even most large corporations don’t de especially well. Find one or two you love and focus on those.

Book launches are intense and can feel very high stakes, so use the time between them to take a step back and consider how to build a career over many years, and many books, to come.

Now it’s your turn: What did you learn between book launches? How have you adjusted your strategy?