I didn’t so much “get the call” as I got a text. It was almost a week after my Kindle Scout campaign had ended and I was waiting nervously for a final decision from the Kindle Press editors. For the past month, my new sci-fi book, The Proving, had been lingering on and off the Kindle Scout homepage, its eventual fate—publication by Kindle Press or not—squarely in the hands of visitors and interested readers.

Kindle Scout’s premise is simple: writers post their books with an excerpt, and readers vote on which books they’d like to see published. After a month, the books are evaluated by Kindle Press’s editorial team, who take into consideration the number of nominations a book has received.

And so I found myself driving home from work a week after my campaign had ended. It was a Friday. A text arrived and I foolishly assumed it wasn’t important. Then another text. It was from a friend who had simply sent me the following message:

I pulled over at the next gas station to check my email. And there it was: a message announcing Kindle Press had chosen my book for publication. The Proving was going to be published.

The next three weeks were a whirlwind. I had to submit a draft for editing, and of course after letting the book sit for an entire month, I was salivating at the chance to fix up some stuff. Ideas poured out of my brain. The editors preferred a final draft turnaround time of one month—I took that entire month, agonizing over every chapter and then sending it to my life partner, who gave it a fresh pair of eyes and cleaned up any atrocious mistakes I may have missed.

The book went to my assigned editor. The turnaround time? Around three weeks. This shouldn’t come as a surprise: Kindle Scout expects submitted books to be as completed as possible, even before the editors consider them for publication. Given the types of Scout submissions that have been rejected (yes, I read other writers’ experiences), I get the sense that Kindle Press is looking for books that don’t require extensive rewrites.

That isn’t to say I didn’t enjoy my editor’s comments and suggestions. Grammar issues aside, there were more than a few technical details that I needed to double-check in order for my sci-fi epic to pass the smell test.

For example, how the heck do Saturn’s rings stay in orbit, anyway?

(The best answer: Saturn pulls on the space debris making up the rings; Saturn’s moons pull, too, helping to stabilize the rings.)

Maybe not all of it. Maybe I’m just the type of person to stow away a little for a rainy day. But I won’t lie to you: I bought a bench jointer for my woodshop. Call it a congratulations gift to Ken Brosky courtesy of Ken Brosky. Square boards are essential to any woodworking project, after all.

So now the book was ready to be published in another month, exclusively on Amazon’s Kindle. There was still a lot to do. After having successfully self-published my first YA series, The Grimm Chronicles, I had more than a little experience with shameless self-promotion. I came up with a plan:

I’m not a fan of leaving these things to chance, and I don’t like relying on friends to drive book sales. Most of your friends don’t bother buying your book anyway, much less actually read it. So my focus has always been seeking out voracious readers and trusting my writing.

The book’s publication came and went so fast I nearly missed it. Sales started slow, but then they got into this sort-of-consistent spot, averaging a solid four to six sales per day. Good, but not great. But part of the appeal of Kindle Press (and any of Amazon’s other in-house publishing units) is the marketing muscle of Amazon. It turns out Kindle Press has access to a variety of these promos. Some include:

There are limits, which makes sense: they’re only deals if they happen infrequently. But books chosen for these deals are seeing incredible success. One author went from a sales rank of 50,000 to somewhere hovering around 65 during his day-long promo. That’s somewhere around 1,500 sales in a single day.

Right now, my book is part of a month-long deal. I’m seeing a couple extra sales per day, leaving me in good shape to build a fan base around this new series. I’m excited. I’m optimistic. I’m in it for the long haul, and so are readers!

Check out Ken Brosky’s The Proving and his series The Grimm Chronicles. 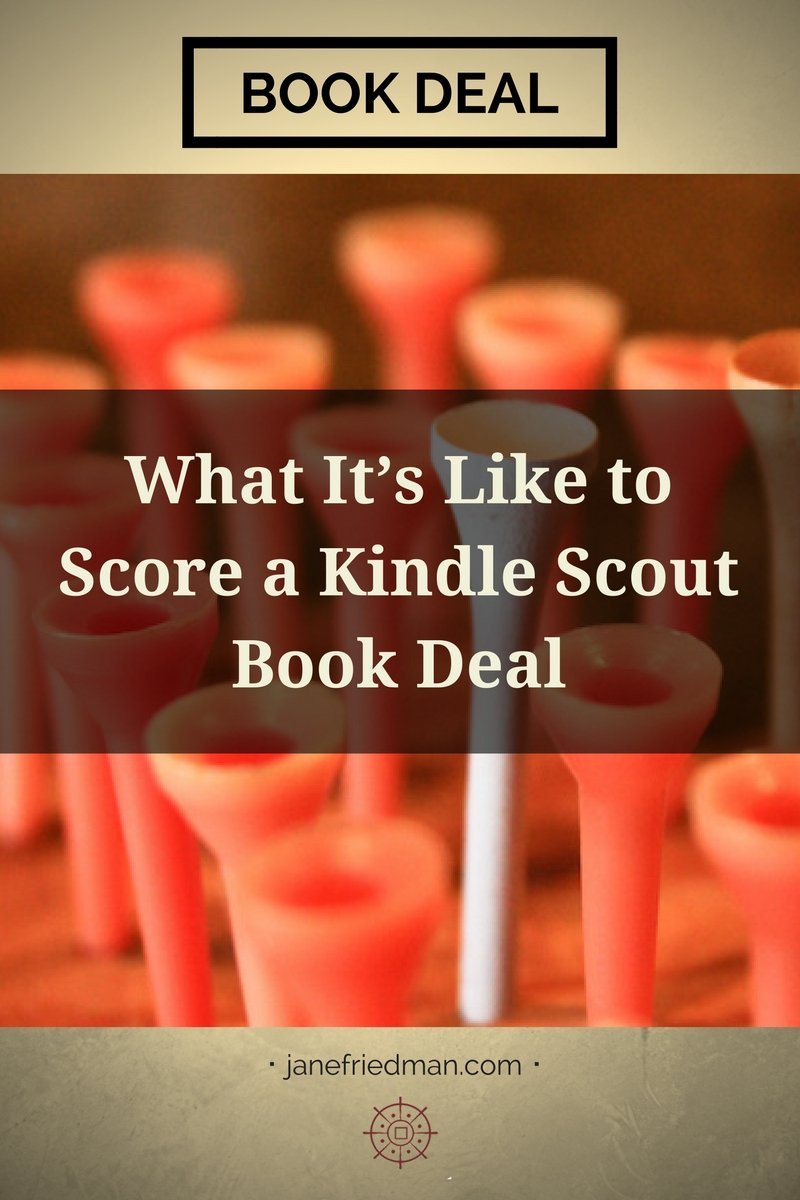 Ken Brosky is an author and professor of Creative Writing. His most recent novel, The Beyond, is available through Timber Ghost Press. He is also a professional manuscript editor, with a focus on helping writers of all skill levels.