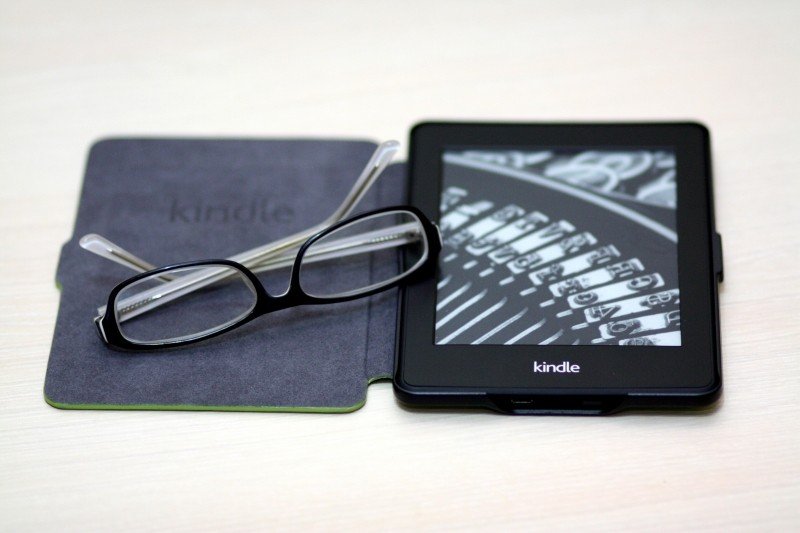 Today’s guest post is by novelist and reporter Rick Pullen. Note: Kindle Press is no longer accepting submissions and Kindle Scout has shut down.

After 38 agents turned down my political thriller, Naked Ambition, my friend Ron Sauder, a niche book publisher on Maryland’s Eastern Shore, urged me to try Amazon’s Kindle Scout. Kindle Scout allows Amazon customers to vote on which books they’d like to see published based on reading a few opening chapters. After a month, the books are evaluated by an Amazon editorial team, who take into consideration the number of nominations a book has received, then select some books for publication as part of Amazon’s Kindle Press program.

The logic behind Ron’s recommendation was that I was an unknown and agents give about 15 seconds of attention to query letters, so they really had no idea what I had written. After 38 rejections and only a few half-hearted responses, he asked, why not get my name out there and test the waters with readers?

I quickly learned writers must first sign a contract with Amazon, not knowing if their book will be selected. If it is, Kindle Press immediately owns both your ebook rights and your audio rights and you can’t back out of the deal. You keep only your print rights since Kindle Press doesn’t publish or distribute print books. While Kindle Press has sold a lot of ebooks, it has yet to publish its first audio book even though Amazon owns the largest audiobook company, Audible.

I’m no social media maven, but I took to Facebook and email—the extent of my social media knowledge—to urge friends and family to vote for my novel. I also had a friend re-launch my web page, which had been dormant for years, but I don’t think that helped at all with the launch.

A lot of friends and business colleagues shared my request and I ended up with 1,200 votes after the 30-day process. Kindle Press quickly picked up my novel, which meant everyone who nominated it would get a free early copy of the ebook—part of the incentive to nominate a Kindle Scout book.

I handed over my manuscript and a Kindle Press editor from Kirkus made minimal grammatical changes throughout the copy, almost all of which I accepted. It was obvious from some of her edits there was a wide generational gap between my knowledge and hers. 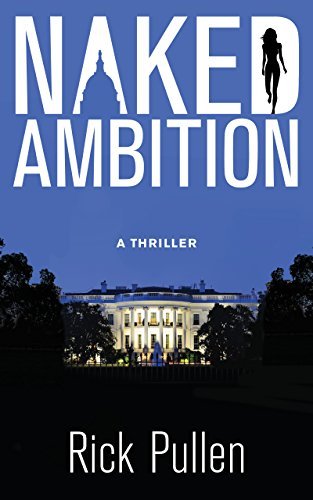 Finally, on May 3, Kindle Press launched Naked Ambition and I quickly became what my friend Ron describes as “one of the ninety-nine percenters.” My novel hit No. 1 on three Amazon thriller lists by May 20. I was floored. I was a complete unknown in the thriller genre and my book was suddenly—if briefly—hanging out with some of the greats who live much of their lives on that other bestseller list owned by the The New York Times.

I was immediately invited to become a member of a private Kindle Press Authors Facebook page and that’s when I began to get another education in publishing, or at least a Kindle Press publishing education.

Naked Ambition was published in Kindle Press’s second year of operation. In 2015, it published about 90 novels. By the end of 2016, Kindle Press had published a total of 218 books. Megan Muldur, the managing editor and defacto publisher, acknowledged to me that her staff was stretched thin by the middle of 2016. She was gradually adding more staff but that still didn’t keep authors’ emails from going unanswered for long periods of time. Some of mine went for months and I still have some outstanding. But being a magazine editor with a small staff of my own and working with a lot of freelance writers, I know exactly what Megan is facing. She is struggling with the same growing pains faced by any suddenly very successful business enterprise.

I have talked with her by phone and we have emailed back and forth and she has been very supportive of my book, even when I didn’t know it. One time when my sales suddenly surged, I wrote to ask why and found, after the fact, that Kindle Press had been promoting my novel. No complaints there, although it would have been nice to know ahead of time (although, frankly, I don’t know what I would have done with the information). It’s just nice not to fly blind, which is what I feel I have done ever since I decided to write a novel.

Some 185 Kindle Press authors had joined the private Facebook page by the end of 2016. I learned that many had a lot fewer nominations than I did, but were still chosen for publication. And many spoke of knowing writers who had thousands of more nominations who were turned down. It became clear that Kindle Press may use nominations as an indicator of interest, but it is like every other publisher and looks for story and quality of writing before making a decision to publish.

That of course begs the question: Why bother with the Kindle Scout nominating system at all? Is it a gimmick? It took me a while before I figured that out. But if you understand Amazon, the answer becomes obvious. Those who nominate books create a pool of initial reviewers to help promote Kindle Press ebooks when they are first published. Voters, after all, not only get a free book if they voted for a winner, they are the first to receive it. And everyone knows early reviews help sell books. So each Kindle Press “winner” has a volunteer marketing force in place from day one of publication.

But the Kindle Press business model just also happens to create new data for Amazon—the ultimate data-driven company. And this is data on some of its more engaged customers. It can use this information to track their buying habits and then market other books and products to them. It also urges them to do more reviews and thus promote more books and sales on Amazon. It’s a never-ending marketing loop and Amazon wins every time. And of course, a few writers like me get a wonderful free ride on the breaking crest of sales.

Kindle Press not only marketed my book well, but also pays well. Its royalty on domestic ebooks is 50%. Also, Kindle Press pays its authors a full royalty on all books sold through Amazon’s Kindle Unlimited subscription service. (Self-published authors are paid a variable rate based on pages read.)

Finally, by November, sales had dropped precipitously. So after seven months, I received an email from Kindle Press telling me my book would be promoted for 99 cents for the month of December. Other writers told me this usually happens after a book has been on the market for about 90 days. But at that time, my book was still selling well, so I’m sure the algorithm on my sales told Megan and her colleagues to wait on a price reduction promotion.

So in December sales again shot up. I sold more in a day than I had the entire month of November, but at 99 cents (that’s a 49-cent royalty), I wasn’t going to get rich. But at the dawn of my fiction-writing career, I’m more interested in readers finding me than making a boatload of money. The yacht can wait.

Then in mid-December, Megan offered me a fat one-time royalty to place my book in Amazon’s new Prime Readers program for the first three months of 2017. This is a new program that offers Amazon Prime customers a choice of 10 free books at a time from a list of 1,000, of which a third are turned over every month. And yet Kindle Press still pays me a royalty. It was an offer I couldn’t turn down, because thrillers were only a fraction of the books in the program. I was asked to keep the offer quiet, which I did. But I still scanned the Kindle Press authors Facebook page in search of answers about the program and learned a lesson in marketing.

Other Kindle Press authors who took part explained that the free giveaways would be counted in my novel’s Amazon sales rankings. That’s extremely important because it keeps my book visible to those who are not Amazon Prime members and are still paying for it. On Amazon, where there are more than five million ebooks, mine was again breaking into the top 1,000 in sales. But more importantly, my book was ranked in the top 15 on Amazon’s thriller novel lists right next to many New York Times best sellers.

It’s all about a book’s visibility and mine suddenly had it again. The advantage for me is not only would I get the lump sum royalty from the Prime Readers program, but I would also continue to receive royalties every month from those who were still buying my novel for $3.49. This doesn’t hurt sales of my $14.99 CreateSpace print novel either!

My friend Ron was right about making a name for myself. Last July I signed a contract with an agent who had actually read my novel and did not rely on one of his readers to send me a rejection. He had previously turned me down—not because he didn’t like my book, he said, but because he feared it would not become a breakout novel. When he found it was selling well, we got together for brunch in New York.

I now face a dilemma with my second novel, a sequel to my first and possibly one of four or more in a series. My new agent told me traditional publishers don’t want to pick up a series once it has begun. He asked two imprints right after he signed me and neither was interested despite my strong sales numbers. While he said my sales are impressive for a first-time novelist (approaching 20,000), a traditional publisher still wants to own it all—print and ebook rights to everything.

There are a lot of other authors out there just like me. We’ve done fairly well with non-traditional publishing, but we want to explore our potential. But with the publishing world changing so rapidly, is that really a smart idea? Would I be locking myself into a long-term contract with a dinosaur?

Jane Friedman noted recently that 70% of fiction is sold in ebook format and about 50% of all domestic book sales are through Amazon. How does an author ignore Amazon? Frankly, as my friend Ron has reminded me again and again, Amazon is a marketing machine. My book sales are about 97% ebook and 3% print. From an author’s view, that is the only weakness of Kindle Press. Print books are not part of their business plan and frankly I can’t blame them.

Despite my Kindle Press’s impressive record, my agent assures me he can navigate the roiling waters and changing currents of traditional publishing today, taking full advantage of all of its digital dynamics and minimizing its negative troglodyte characteristics. He’s told me while traditional publishers may have a reputation as living in another geological age, they are pretty savvy at digital sales and print marketing.

We’ll see what happens. What would you do?

Rick Pullen, an award-winning investigative reporter and magazine editor, is the author of Naked Ambition, a political thriller. He is a member of the National Press Club, Mystery Writers of America and International Thriller Writers. He lives in Fredericksburg, Virginia. In 2015 he was a finalist for Editor of the Year and is a member of the FOLIO 100—the 100 most influential people in magazine publishing. For more background, visit his website or Amazon author page.