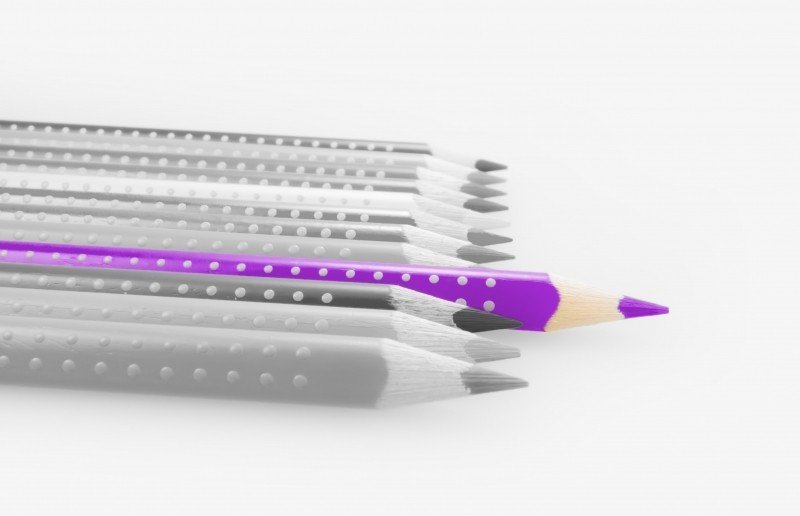 Today’s guest post is an excerpt from Keys to Great Writing by Stephen Wilbers, published by Writer’s Digest Books.

If I could teach only one key to great writing, it would be this: Make every word count.

Use words sparingly, as if you were planting a garden one seed at a time—not throwing out handfuls of seed willy-nilly, hoping a few kernels might land in the right spot and take hold. Get the full value out of every word you write. Recognize the power of a single, well-chosen word. Trust it to do its work. As a rule, the more economically you use language, the more powerfully you will deliver your message.

Wordy writers don’t trust a word to do its work, so they surround it with a few extra words for good measure. Writers who command language with energy and precision, on the other hand, understand the power of a single well-chosen word. It’s a question not only of habits of speech but also of orientation toward language. Wordy writers don’t fully trust language; concise writers do.

Nearly every writing handbook extols the virtues of concise writing. Not many, however, offer detailed advice on how to write concisely. What follows are a variety of editing techniques that will help you eliminate wordiness—and keep in mind that these techniques are meant to guide you in your editing, not in your drafting.

Edit for three types of redundancy.

Redundancy is a problem for many writers. As Joseph Williams points out in Style, there are three common types:

Both Mark Twain and Ernest Hemingway cautioned writers against the careless use of modifiers. The challenge in eliminating redundant modifiers, however, is that familiarity breeds complacence. The more frequently we hear and read certain word combinations, the more acceptable they begin to sound and the more likely we are to use them unthinkingly—not because they are the best, most natural, and concise way to say what we have to say, but simply because they sound familiar.

Isn’t that a true fact? (A true fact?) The end result—a phrase as redundant as a new initiative—is wordy writing.

When editing, look closely at your modifiers. Make certain they don’t repeat the meanings of the words they modify. (Aren’t facts always true? Don’t results always occur at the end? Aren’t initiatives always new?) If they do, delete them. There is no point in repeating the same idea twice. (Repeating twice?)

Redundant pairing became more deeply ingrained in English usage when the disenfranchised Anglo-Saxons began borrowing words from the Norman nobles (just as earlier Anglo-Saxons borrowed from their Roman conquerors and, before that, the ancient Celts borrowed from their Anglo-Saxon conquerors). The Anglo-Saxons thought the borrowed word sounded more learned, so they got in the habit of pairing it with a familiar native word. And here we are, more than nine centuries later, still pairing our words. (Who said habits of speech were easy to break?)

The following pairings are common in speech, where rhythm plays an especially important role in how we perceive language, but they should be avoided in writing:

When should you use hedges such as perhaps and sometimes to qualify your assertion? When should you use intensifiers such as very and absolutely to add emphasis to your point? These are questions that must be addressed whenever you make a statement. How you answer them depends on your desired tone and point of view.

Whatever your persuasive strategy, take a close look at your hedges and intensifiers. Be certain they are making a genuine contribution. Like other types of meaningless modifiers, hedges and intensifiers are often totally unnecessary. In the preceding sentence, for example, the qualifier often effectively limits my claim and should be retained, whereas the intensifier totally serves no purpose and should be deleted. To determine when to use a modifier and when to omit one, try the sentence without the modifier and see if anything important is lost.

Sometimes we place undue emphasis on relatively unimportant matters before we get to the heart of what we are saying. As many writers of fiction know, the first few sentences of a draft, or even the first few paragraphs or pages, often turn out to be expendable. The story, they discover when revising, doesn’t really begin until later. What at first seemed essential was merely a warm-up for the writer, not something engaging to the reader. By all means, do your warm-up exercises if they help you loosen up and get things under way, but delete them from your final copy.

Both in poetry and in prose, the words that come last carry the most weight. In poetry, it’s no coincidence that the rhyme usually comes at the end of each line. In prose, the function of the period is to punctuate the words that precede it. To write with emphasis, take advantage of a sentence’s natural stress points by reserving them for your most important words. You may find it helpful to think of these locations as reserved parking. Only “VIP” words can park there.

Because of their special importance, sentence endings should be managed carefully. Unfortunately, in both writing and speaking, we have a tendency to keep going after we have made our point. We seem to have trouble knowing when to stop, knowing when enough is enough. As a result, we fail to conclude with our most important words and allow our sentences to sprawl on after they have done their work.

When you write a sentence that lacks energy, ask yourself: Have I concluded the sentence with the word or words I want to emphasize?

Certain words needlessly state that something exists. For example, sentences ending in words like experiencing, existing, happening, and occurring can usually be trimmed. These words are expendable because they state the existence of something that already has been named in the sentence, and once something has been named, the reader can see that the thing exists.

We live in an I-centered society, and our self-absorption sometimes leads us to inject ourselves into sentences where we don’t belong. Guard against a tendency to provide a step-by-step account of your thought process. Limit personal commentary. 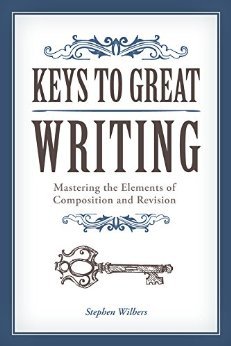 If you found this post helpful, I highly recommend taking a look at Keys to Great Writing by Stephen Wilbers.

Stephen Wilbers is a writing consultant, columnist, and award-winning author. He has offered training seminars in effective writing to more than 10,000 creative, business, technical, legal, and academic writers. He has published multiple books, including a history of the renowned Iowa Writers’ Workshop.

Wilbers lives with his family in Minneapolis, where he served on the Loft Literary Center’s board of directors from 2003 to 2009 and as board chair from 2007 to 2009. He continues to work full time as a student and teacher of writing. For sample columns, writing exercises, and links to hundreds of writing resources, visit his website.