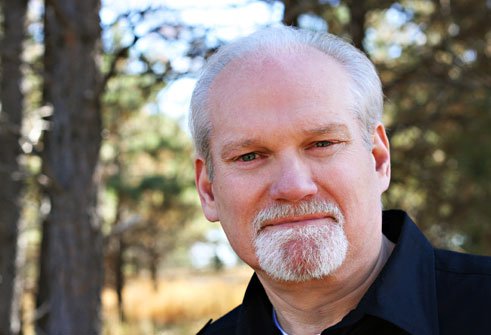 Update: This session is now over, and you can watch the full replay here!

One of the highlights of my career at Writer’s Digest was working with Jerry B. Jenkins, the New York Times bestselling author of the Left Behind series.

As WD’s editorial director at the time, in charge of acquiring about 30 titles per year, I contacted a number of people out of the blue, with no previous relationship, just hoping I’d just get lucky. Writer’s Digest wasn’t exactly the sexiest publisher on the block. Our home office was Cincinnati, not New York; our advances were meant to be earned out; very few agents submitted work to us.

I still remember the day I sent Jerry a cold email, and he responded. And not only did he respond, but he mentioned being a longtime fan of Writer’s Digest. I hadn’t known that bit of information, but as soon as I did, I realized it was my lucky day.

In 2006, we released his book for writers, Writing for the Soul. It was the first and only book deal of mine that Publishers Weekly reported.

I’m grateful for the many relationships that I was able to start and develop while at Writer’s Digest, and I’m happy to say that Jerry and I have remained in touch.

On October 22, I’m delighted to be hosting a one-hour class with Jerry B. Jenkins on the secrets of storytelling. (Watch the replay.)

He’ll be revealing the common plot mistakes he sees writers make, as well as his own personal storytelling tips—solutions that changed everything for him once he discovered them.

In case you don’t know Jerry’s story, he began as a midlist writer with average sales and became a bestselling author with the luxury of turning down offers such as my own (but fortunately he had a soft spot for Writer’s Digest!).

Why is this webinar free?

Jerry is launching a full-length online course on fiction writing, so after the webinar is over, he’ll pitch you his course. There’s no obligation, and the webinar is primarily devoted to instruction, as well as answering your questions. I receive an affiliate payment for students I refer to his course. I trust Jerry’s work and his skill in teaching writers.

I look forward to introducing you to Jerry, one of the nicest and most successful writers you’ll ever meet.