I’ve been keeping an eye on John Carpenter and his book project ever since we first started having conversations on Twitter last summer. He’s a knowledgeable, savvy writer with a professional career in college admissions. His goal this past year has been to find a home for his book, Going Geek.

Going Geek is a guide for bright, high-achieving students (and their parents) who may end up being overlooked in the college admissions process because they don’t know how to present themselves effectively. Here’s the story of how Going Geek got published.

Last summer, you and I had a discussion about finding the right agent, and you signed with a great one, John Talbot. However, no traditional publisher picked up your book. Did there seem to be an overriding reason why?

Actually, people who read the proposal were great and often really enthusiastic about Going Geek. However, the feedback we received was always one of three things:

(1) People thought it was too specific—that is, the intended audience was too narrow, and of course, that was also my hook, the thing that I hoped would set me apart from all the other college admissions books out there.

(2) The college admissions market was too crowded already.

(3) I hadn’t established enough of a national reputation yet—in other words, not enough people knew who I was to guarantee any sales.

What kind of platform did you have going into this process?

Before I began all this, I didn’t even know what a platform was. So, I started reading and reading and reading, and then I started asking questions, and I was lucky to get great feedback from many agents who thought my project had merit but weren’t ready to take a risk on me yet. Thankfully, John Talbot was willing to take the risk.

I am actually pretty well known in my own professional area of selective college admissions, and have participated in a number of national and international organizations, but the reality was that the people who would be buying the book hadn’t really heard of me.

So, I explored social networking and created a website and just worked really hard at getting my name out in the world. I still have a long way to go in that area, too, I should add.

Did you consider self-publishing?

Yes, and often. But what held me back was the cost. And probably a little bit of ego, too. I needed to prove to myself (as well as to a few people who doubted this project from the very beginning) that someone would recognize the validity of this work and want to publish it for its own sake.

You ended up going with Amazon for a digital edition. Tell us how that came about.

So, just as I was about to give up all hope—I mean more than a year had gone by already with dozens of rejections—my agent John Talbot suggested we look into Amazon Kindle. He was exploring the idea of publishing several other works through Amazon Kindle, and he asked if I would be interested in trying that route. Of course, I said yes.

The cool thing was that I didn’t have to do any of the work that most self-published authors do; John Talbot took care of all those details for me, and negotiated a deal with Amazon of which my book was only a portion. He and I entered this Amazon Kindle arrangement under a normal agent agreement as stated in our contract together, 15% of whatever I get.  I think this whole venture was as new for him as it has been for me, and we agreed to enter it together.

What editorial or quality-control process did you go through, if any? Were you happy with the process?

Well, I wish I had had an editor, but I didn’t, so it’s very possible that the book could be better, but I had read it a hundred times, and friends had read it and offered stylistic or editorial suggestions. John Talbot also gave it a very thorough review, so together we came to the conclusion that it was probably good to go. The only thing I questioned was the lack of page numbers—I guess I wanted my book to look like a bound book.

Considering any author can self-publish on Amazon using Kindle Direct Publishing (and also through other services simultaneously), what advantage do you have in your current arrangement?

Again, the advantage for me was having an agent take care of the real work. I don’t think I’m technologically savvy enough to have worked through all the prep to convert files into this format or that format all by myself, although everyone says it’s easy. Additionally, now that it’s available online, it’s been very cool to see just how FAST people are able to buy it. I doubt that I would have seen such quick sales via a traditional publishing method.

Are readers unable to buy your book through any other retailers? If they cannot, why do you think the trade-off is worth it?

Right now, Going Geek is only available via Amazon as a e-book, but all folks really have to do if they don’t have a Kindle is to download a Kindle Reader for their laptop or phone. That’s actually what I have done. I’m hoping to get a Kindle for Christmas!

What’s your marketing plan at this stage? How do you plan to reach potential readers?

My marketing plan is simple: use every means available to tell people about Going Geek.

During the last several months, I had begun collecting e-mail addresses of people I knew, people I had met through Twitter and LinkedIn, people who had a stake in college admissions, potential clients for my consulting business, and anyone who contacted me via one of the social networking groups I’d joined.

Then, when the news arrived that the book was available, I sent mass e-mail messages—making them as personal as possible by apologizing for the mass e-mail, and also by thanking folks for the ways they had supported the project because the truth is that so many people have talked with me about college admissions that I don’t think I could have written the book without that background. It may sound cheesy, but I genuinely think I was able to write the book largely due to the fantastic people who have engaged me in conversations about so many facets of selective college admissions.

So, even though I sent mass e-mail messages, announcing the book’s availability on Amazon, I also wanted to say thanks for all the support I’d received all along.

Then, I made an effort (am making an effort still) to write to everyone who responded to the mailings, to thank them, and to ask them to tell someone else about Going Geek. I am also using Twitter, Facebook, LinkedIn, and Scribd to get the word out.

And here’s where things really surprised me—many professional colleagues whom I only know via Twitter or LinkedIn have posted links to my website or links to the Amazon page for the book! Honestly, very few things have moved me lately as much as the generosity and support I’ve seen from my Twitter buddies.

What I need now is to find someone now who will review the book for me on various media platforms that also have a national audience. Any volunteers? I’m reaching out to see where I might be able to get some national exposure so that parents and high school kids can discover that this book is out there to help them. 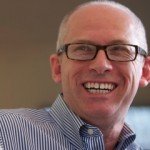 John Carpenter is the Director of Admissions and University Counseling at UWC Costa Rica and offers advice at askjohnaboutcollege.com, an independent online admissions resource for students and families. For more than 30 years, John has guided students through selective admissions in the United States and abroad. Follow him on Twitter.