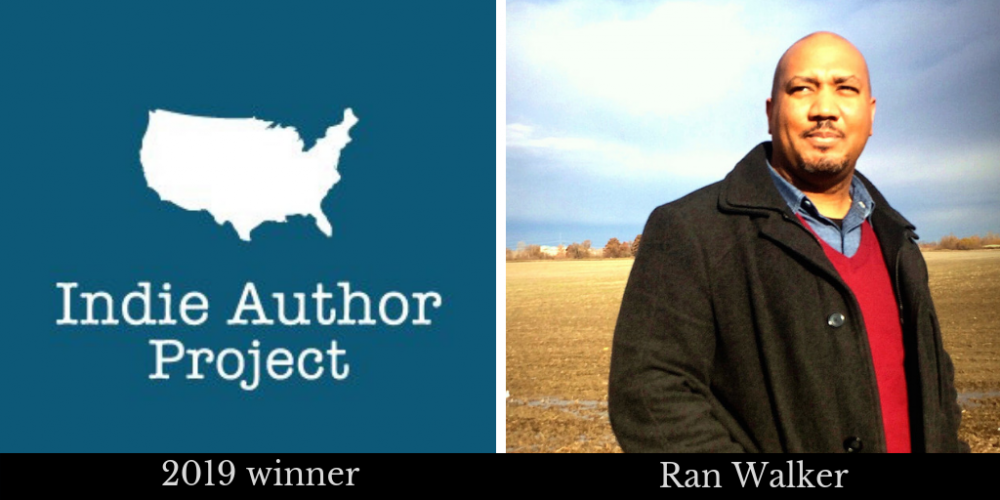 Longtime authors in the self-publishing community may recall the library program known as SELF-e, launched in 2015. It’s a partnership between Library Journal and BiblioBoard to make self-published ebooks available to libraries nationwide. Any author can submit their work for inclusion in SELF-e (at no cost); Library Journal curates what ebooks go into the national SELF-e collection. Books not selected are still accessible to local library patrons through state collections.

At the time of its launch, SELF-e sparked some controversy because it didn’t pay self-published authors for library usage. Rather, it was positioned as a marketing and discovery service aimed at helping authors build an audience of readers. Today, that is still mostly the case, although the program has continued to develop and grow—and now offers a way for authors to earn money.

This potential for payment begins first with the annual Indie Author Project contests. The purpose of these contests is to identify the best self-published fiction by state; thirteen states participate so far. Winners receive cash prizes, marketing and promotion in Library Journal, and of course print and ebook (paid) sales to state public libraries, among other benefits.

But even beyond the contest winners, SELF-e is partnering with OverDrive—the main ebook distributor for libraries—to offer payment for any ebook that is curated for SELF-e’s national collection. Details on payment for both programs will be announced this summer.

Back to the contest: This year’s national Indie Author Project winner is Ran Walker, author of Daykeeper, among many other titles. Walker has also just been awarded the 2019 Black Caucus of ALA Best Fiction Ebook.

Ran was gracious enough to make time to answer some questions about his work.

Jane Friedman: The various turns of your career fascinate me. You started out earning an English degree from Morehouse, then earned an MS in publishing as well as a degree in law several years later. You practiced law in Mississippi for a while until then becoming a creative writing professor.

Was your plan to pay the bills as a lawyer and write on the side? If so, what happened? (And how did you obtain the confidence or courage to step away from law to pursue writing full time?)

Ran Walker: When I was a lawyer, I don’t think I actually did much writing at all. It wasn’t until I completely stepped away from the active practice of law that I really began to test the waters to see if my writing was any good. At that point I didn’t have a real plan.

I knew when I left law, I was going to have to reinvent myself in some kind of way so I could make a living, but I didn’t initially know it would be connected to writing. I had always wanted to write a book, and one night I sat down in front of my laptop and began to do just that. It took me three months to complete that one. I truly believe that it was only through the writing of that novel that I became a real writer.

I began reading a variety of writing magazines and books, I got an agent and won a writing fellowship. It was at that time that I knew teaching would be the best vocation for me, as it afforded me the time to write and it allowed me to help others with their writing. Ultimately, teaching creative writing is how I have chosen to support myself.

You have a substantial body of work—sixteen books to date. I think most writers would consider you quite productive and focused, especially considering you’re a writing professor as well. Is there a routine you follow or some method you use to hold yourself accountable?

I keep hearing writers talk about having your “tail in the seat” to get your writing done. I think for me it’s a bit simpler. I know what a life of “not writing when you so desperately want to” looks like. I want to leave behind a library of books when I’m gone (more than 100), so I know I have to always be writing—or at least thinking about what the next project will be.

I tend to keep two book ideas on me most of the time. My routine so far has been to take long walks while listening to music or a writing podcast or take a drive while listening to a Spotify playlist until the ideas begin to shake loose. I start seeing characters and scenes. Then I ask myself what the conflict of the scene is and why. The actual writing takes place late at night during the Witching Hour. I will put on my headphones and pull up a playlist of music that sets the scene and just write.

You’ve described the genre or category you feel most at home in as Afro Nerd. Do you think the traditional publishing industry is open to such literature? Or what has your experience been? 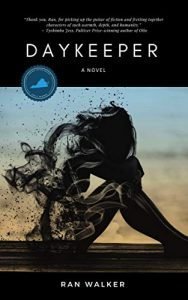 When I wrote my first Afro Nerd book back in 2011, there were not very many books like this in the traditional space. Chris Jackson, who is now the head of One World, has been about the business of putting those kinds of books out into the world, but the industry as a whole has not entirely caught up.

It is my hope that, with the success of people like Donald Glover and Jordan Peele, the publishing industry will invest more heavily in works that are designed for Blerds (Black nerds) and those readers who enjoy speculative works and smart stories written with them in mind. I feel like my novel Daykeeper being selected as the Virginia Indie Project Winner, the National Indie Author of the Year Winner, and the Black Caucus of the American Library Association Best Fiction Ebook Winner is proof that the world might just be ready for this kind of work—and that would be wonderful.

I recall you saying that, until now, you’ve more or less written what you’ve wanted, but perhaps going forward, you’ll write more with the market in mind—e.g., you might write a series, which is the thing to do as a fiction writer these days. Tell me more.

I have written some commercial books in the past, but I’ve also written some books where I knew I was writing for only my literary twin out there somewhere. One of my books, Work-In-Progress, was written using a style of narrative created by the Argentinian writer César Aira, where the book just spins out into nowhere and keeps going. None of the characters have names and the plot is next to nonexistent, yet there is this meta-surreality going on there that I really love. A book like that is not commercial by any means, but it’s fun to write.

While I have swung a little closer back to center, I’m still a bit off to the left. Writing something more commercial, I believe, would help to bring new readers into my writing universe without taking away things that help them to ground themselves.

The series I’m thinking about now would be the ultimate Neo-Soul/Afro Nerd novel, drawing off what I love most about the music, films, and books already in this genre. The ironic thing is that as I begin to think more “market-minded,” I am seeing works out there that, in many ways, resemble some of the offbeat things I’ve been writing. I see my work in the same space as Donald Glover and Jordan Peele, if you were looking at visual media, and Phonte (of The Foreign Exchange and Little Brother), if you were looking at it from the music side. I am envisioning great stories that have a unique African-American male perspective, like the works of Victor LaValle, Kiese Laymon, Mat Johnson, and the artists I mentioned earlier.

As a creative writing professor, what do you most hope your students will learn or take away from a class with you?

As a professor, I just want my students to feel free to write what moves them and to take chances. I also hope that they will discover a family of writers that reinforces their ideas for their art. If they write a good story, but build a better personal library for themselves, I’m pretty happy.

Interested in the Indie Author Project? This year’s contest launched on April 1; submissions will be accepted through May 31. You can find out here if your state sponsors a contest and how to submit. There is no entry fee. Note that it is possible to submit your work to the contest without participating in the larger SELF-e distribution program. Even if you win, you are not obliged to enter into a library distribution agreement through SELF-e. Furthermore, participation in the program is nonexclusive, and winning authors can continue to sell and distribute elsewhere.