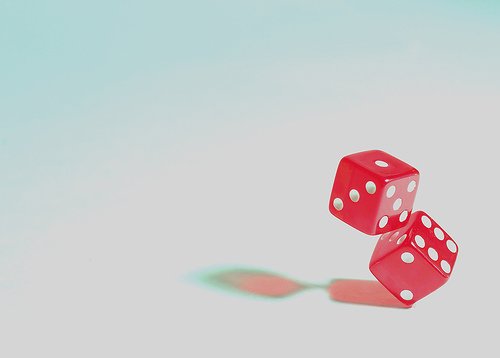 Last year, an e-mail showed up in my inbox from someone who liked my first novel, The God Patent. Since The God Patent was published three years before, these notes didn’t come as often as they once had.

Instead of ending with something like, “I hope there will be a sequel,” the e-mail ended with “Oh, by the way, I’m an acquisitions editor for 47North, Amazon’s science fiction and fantasy imprint. I was wondering if you might have some time to chat next week.”

Mind you, I never queried this person or this publisher, and I didn’t have an agent.

Okay, let’s back up.

On May 18, 2009, I clicked upload and a manuscript became my first novel, an e-book. Prior to hitting upload, The God Patent had been rejected by more than 50 agents. Comments ranged from “I love this book, but have no idea who would buy it” to (written in all caps) “WHAT MAKES YOU THINK SOMEONE WOULD PAY $15 FOR THIS?”

I promoted the crap out of the e-book, and it did well enough to attract tiny boutique publisher Numina Press, who released a print version. The promotion marathon continued with a YouTube series, blogs, science articles, and 75+ literary events and speeches to writing groups, science groups, and groups of unemployed people (an easy-to-find audience from 2009–2011). A feature article in the San Francisco Chronicle fell into my lap through the confluence of six years volunteering at San Francisco’s literary festival, Litquake, and co-producing a literary series.

By March of 2011, I couldn’t bear another event, but The God Patent continued on its merry way, providing monthly checks that took a nibble out of the mortgage and covered most of my bar tabs.

Even as “the first debut author to emerge from the new paradigm of online publishing” (said the SF Chronicle), my second novel, The Sensory Deception, got rejections from all agents and publishers I queried.

Early in July 2012, ready to go the self-publish route, I contacted three freelance editors for price quotes. Then, on that lovely day in July, in a hotel room in Silicon Valley, preparing to meet with a potential high-tech client to write some physics for engineers and pay a few bills, I got that e-mail from 47North. A month later, I signed a two-book deal.

Today, The Sensory Deception comes out. 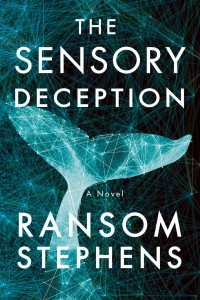 It got the whole treatment: 47North assigned me a development editor and we did a major revision. Then came a copy editor and two proofreaders who repaired my abuse of the English language. The cover is fucking beautiful.

Jane asked me to tell you this story. She wants you to know the useful parts of my experience.

Here are the useful parts:

By hitting “upload” four years ago and converting my manuscript into the e-book version of my first novel, The God Patent, I bared my neck to the world. That feeling of exposing myself returned with every promotional activity, including every time I walked into a café, a library, a bar, a museum, or a college to speak, read, or dance. (I don’t actually dance.)

And including every time I hit send to blast my e-mail list (if you’re interested in science, physics for lay people, neuroscience, how science affects society, etc, send me a note and I’ll add you my list). I send notes as rarely as possible, never more than 4-5 times a year, and people seem to actually enjoy receiving them—blows my mind.

Keep pushing and eventually, Sisyphus, you’ll get your rock to the top of hill.

One thing I haven’t told you: As I was querying agents and publishers and collecting rejections, another 47North author, Robert Kroese, read The God Patent and liked it enough to recommend it to his acquisition editor who read it, liked it, and sent me that career-altering e-mail. I was utterly, wholly, <insert adverb here>ly, unaware that any of this was taking place. Things happen outside of your control and sometimes they’re helpful.

Every query you send increases your odds. Every story you publish, every book, every literary event you attend, every time you bear your neck, your cross section gets bigger, and the odds of opportunity finding you increase.

You hear people say that making a living as a novelist is like winning the lottery, but that’s bullshit. Every time you play the lottery the odds are the same.

In this game, every time you play, your odds get better.

But do your best. Don’t put anything out there that sucks. By “sucks” I don’t mean that you have to make sure that I like your work or that Jane Friedman likes your work. Storytelling is a mix of totally subjective art and mostly objective skill. The mostly objective skill boils down to clarity. If people can’t follow your story, no matter how awesome, they won’t like it.

Ransom Stephens is a former physics professor and fifth-generation Californian. After earning his PhD from the University of California, Santa Barbara, he conducted cutting-edge particle physics research and taught at the University of Texas at Arlington. He then moved into the high-tech arena, leaving academia to work for a wireless web start-up. Drawing on his scientific work, Stephens penned the techno-thrillers The God Patent and The Sensory Deception. He lives in Petaluma, California

This is very encouraging, Ransom. I’m a fellow California tech-exec-turned-writer who is at the “I just hit upload” point myself, and feeling the full weight of responsibility for promotion, marketing, etc. It’s great to know that unexpected serendipity can lend a hand if we do our part right.

Ransom, another piece of of evidence for your thesis: I read this blog because, as a budding first-time writer, I am trying to figure out all this publishing stuff, and I was very encouraged by your article. Then I looked up your books on Amazon, found that “The God Particle” was my own personal cup of tea, and bought myself a copy.

I’m many months away from hitting upload myself, but looking forward to the process. Thanks for sharing.

All part of my evil plan… soon you’ll want to join my cult.

Now I need to start a cult.

I’m in, but only if we get to wear cool robes.

Thank you! Inspiring and encouraging – stick your neck out and you never know!

Damn, this is so inspiring. Plus, it makes me want to read your books. Win & Win. Thanks so much.

This is an inspirational post for those of us who have begun the independent-author journey. In 2010, I started a small press and published other peoples books (including three award-winning debut novels), and helped launch one author into the world of agents and major book deals (WME and Picador). Now, my co-authors (my two daughters) and I are self-pubbing a YA/New Adult sci-fi trilogy (The Sowing, which we’re serializing over nine episodes before releasing the full ebook/print book). The challenge is to promote my own work as vigorously as I promoted my author’s work. I’ve found tooting my own horn… Read more »

Yes promoting some one else’s work is way easier than one’s own. I think there may be an opening for a twinning author’s soul mates site? Find your ideal partner and go clubbing…to the library, book and shopping mall.?

I think authors absolutely must tradeoff on things like back-copy text, too.

Thank you for the insightful post.
I love the last lines…”We hear agents and publishers say “it has to be perfect.” If you’re not a perfectionist, listen to them. If you are a perfectionist, 97% perfect is just fine. Get that thing out the door!
I get so caught up reading about all the marketing that the writing falls off.

Nice to see you here on Jane’s blog, Ransom, and to hear of your success. I own a copy of your first book, published by Numina Press. We’ve been at it together for a long time, and I’m so happy that that you’ve pushed the odds in your favor. Thanks for telling such an inspiring story. Hope to see you on the physical plane soon.

Thank you, Nina. I remember standing in line next to you during “speed dating with agents” in… 2006 trying to convince you that I really am a “quantum physicist.”

Thanks Jane for this guest post. Very encouraging. I hit upload around 4 1/2 years ago by submitting my novel onto a site where people shared their novels, looked for comments and hopefully made it to the editor’s desk. I put the WHOLE thing up which was scary and I started to get great comments back and suggestions. Those suggestions led me to hiring an editor, made some corrections and put it into the ABNA lit contest. Finally, I just went ahead and after querying for many years, put it up on Amazon. It’s had a steady readership, winning awards… Read more »

Thanks for sharing your story. Having chosen the ‘hit upload’ path two years ago, it’s encouraging to know the little twists and turns a novel might make before something gets back to you. Wish you continued success!

I respectfully disagree, though I suspect my point modifies rather than contradicts your statements. The probability is nonzero that even someone of the highest commitment and action can fail. The probability that someone with no commitment whatsoever can succeed is also nonzero. If you consider “luck” as a random process, and surely, independent of superstition, it is precisely a random process, then the likelihood of finding opportunity is also random. But it’s a random distribution that can be affected by personal action and, as you point out, personal commitment. Here’s how it works. You start with a probability distribution, like… Read more »

Of course, there are no guarantees about anything. As Clint Eastwood said, “If you want a guarantee, then buy a toaster.” Nonetheless, there are certain principles that increase one’s chances for success dramatically, I have followed these principles which have resulted in my books having been published in 22 languages and 29 countries (without using any North American literary agent) and having sold 750,000 copies worldwide. Most of my sales in North America are due to self-publishing. I have 3 true bestsellers, each having sold over 100,000 copies in their print editions. This I know: If I had the same… Read more »

[…] all want to be successful. There are many roads to getting to success. Ransom Stephens tells us how to increase our odds of getting that “lucky” break; Kristi Holl advises persistence; Chad R. Allen says the secret is in the journey; Joe Calloway […]

I bought Ransom’s first book as soon as I read the jacket, and I tore through it in a day, drawn in by the combination of science and people and passion. Given what I’ve read above, the second book will be even better.

How fabulous for you. I am sure it had less to do with luck than talent and a great story. My very best wishes for your continued success!

How sweet this is. Okay, I am not into science — not even a little bit — those teachers weren’t my favorites, but I do love your post. Thanks!
June Shaw http://www.juneshaw.com

Awesome story! I’ve got a book that’s being rejected left and right…perhaps someday I’ll be hitting upload. It’s a complex tale that’s entirely character driven…and in what’s still kind of a niche market. Hoping not to keep being rejected but time will tell =)