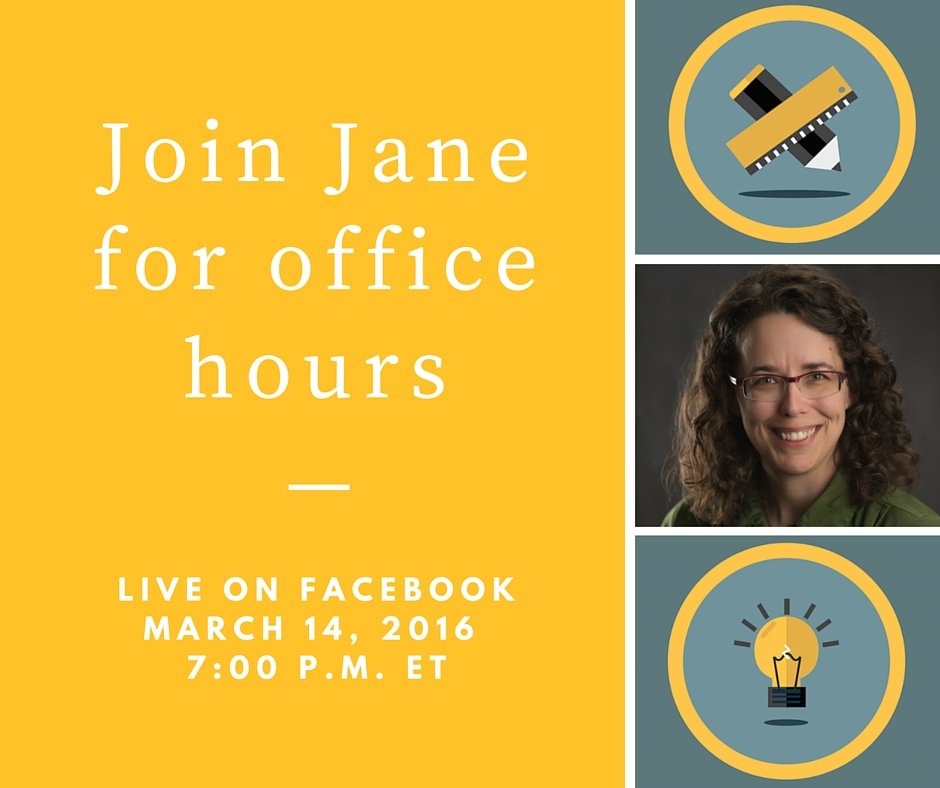 When I was still working at F+W, I avidly followed Jason Fried and his company 37 Signals. I admired the company culture I read about, as well as the business advice that I gleaned from their blog. (If you’re curious, Fried has co-authored a book, Rework, that imparts his philosophy.)

In 2009, Fried launched what he called “CEO Office Hours.” I thought the idea was ingenious and lovely, but I didn’t see a good way to incorporate that idea into my career at the time.

My first office hour dates are:

For each session, I’ll be available and taking questions on my Facebook page for one hour or thereabouts. You don’t have to be my friend or follow me to watch—anyone who has a Facebook account and is logged in will be able to see the video. For those who aren’t available to join live, the video is automatically recorded and publicly available through my Facebook page.

I hope to see you there!