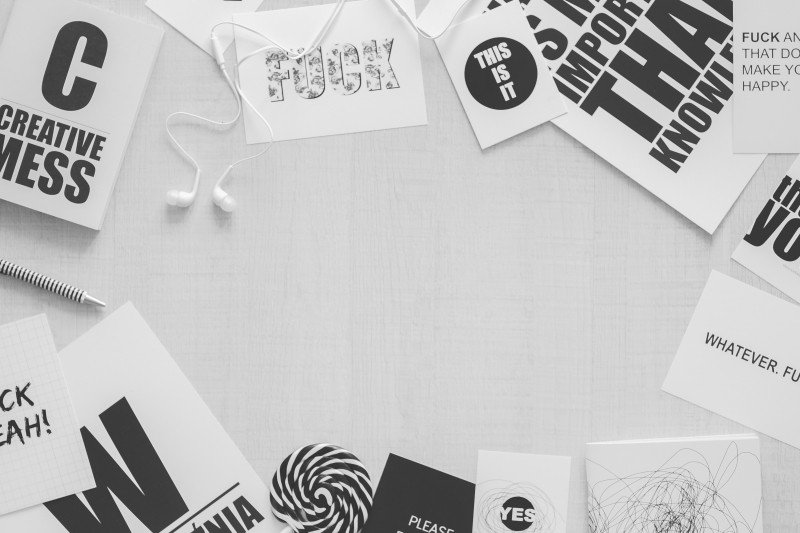 Today’s post by Jody Rein and Michael Larsen is excerpted from the fifth edition of How to Write a Book Proposal, published by Writer’s Digest Books.

“A good title is the title of a successful book.” —Raymond Chandler

One New York editor said to Mike, “If the title is good enough, it doesn’t matter what’s in the book.” Everything Men Know About Women proves her right. The book sold more than 750,000 copies. Its 120 pages are … blank!

If you’re pitching your book to agents or editors, the perfect title for your book will define your subject and grab their positive attention. It should be a label they can confidently share with colleagues in editorial board meetings and use to convince the powers-that-be to release money to acquire your book. You don’t want to offer agents or editors a string of titles to choose from; pick the one you think is best. (You can share the others later.)

In How to Drive Your Competition Crazy, Guy Kawasaki tells the story of how nobody at a private boys’ school signed up for a course called “Home Economics for Boys.” The class filled up immediately when the school changed the name of the course to “Bachelor Living.”

The title and subtitle of your promotion-driven book must work together to entice readers to make a purchase. Titles are short, simple, visual, metaphorical, and resonant, creating an emotional response. Titles grab the gut. Titles sell. Subtitles are straightforward, designed to clearly express what your book will do for readers. They might define a desirable activity or skill to be learned, a systematic approach to learning it, and, perhaps, a time within which the reader will acquire the skill.

The following title/subtitle combinations effectively tell and sell. Emulate them to develop a great title for a prescriptive or platform-driven book.

“There are many paths to success in publishing; some come easily, but most require blood, sweat, and tears. And a really great title helps a lot.” —Laurie Abkemeier, literary agent

If we wrote a book about historical narrative nonfiction subtitles, here’s what we would call it: Narrative Nonfiction Subtitles: The Fascinating Behind-the- Scenes Tale of Those Never-Ending, Keyword-Laden Phrases that Editors and Authors and Agents Discuss Endlessly and in the End, Nobody Ever Reads.

Titles of historical narrative nonfiction works are evocative but less personal than those of memoirs. Their subtitles are often a mouthful. That’s because they must educate the reader about the book’s subject matter—which often is a little-known event—and why the subject itself matters and why the approach is relevant. For your proposal, don’t spend too much time wordsmithing the subtitle, which the publisher will undoubtedly change. Aim for clarity, and remember to describe not only your topic but also why it will be meaningful to readers today. Some popular titles in this category include:

The titles for biography and other information-driven literary nonfiction are more straightforward, often focused on the “tell” over the sell. Ron Chernow didn’t need anything fancier than his title Alexander Hamilton to secure a spot on the New York Times best-seller list, a Pulitzer Prize, and the world-changing attention of Lin-Manuel Miranda.

Every subject area, from parenting to cooking, now boasts a few books with profane titles. It’s so common that the shock value has diminished considerably and, in our opinion, left in its wake a society that’s a little more accepting of rudeness and cheap laughs. Even though, okay, some are pretty funny.

For inspiration, ask yourself these questions.

If you found this post helpful, I highly recommend How to Write a Book Proposal, Fifth Edition by Jody Rein with Michael Larsen.

Formerly an executive editor with imprints of Penguin Random House and HarperCollins Publishers in New York, Jody now lives near Denver where she runs the boutique literary agency Jody Rein Books and the publishing consulting company, AuthorPlanet.org. She has ghostwritten two acclaimed books and has edited, represented, or acquired hundreds of books, including New York Times and international bestsellers, and multiple books optioned for film and television.

Born and educated in New York City, Michael Larsen worked in promotion for major publishers before moving to San Francisco. He and his wife, Elizabeth Pomada, started Larsen-Pomada Literary Agents, through which they sold books to more than one-hundred publishers and imprints. Mike is the co-director of the San Francisco Writers Conference, and the San Francisco Writing for Change Conference. He also offers author coaching at larsenauthorcoaching.com