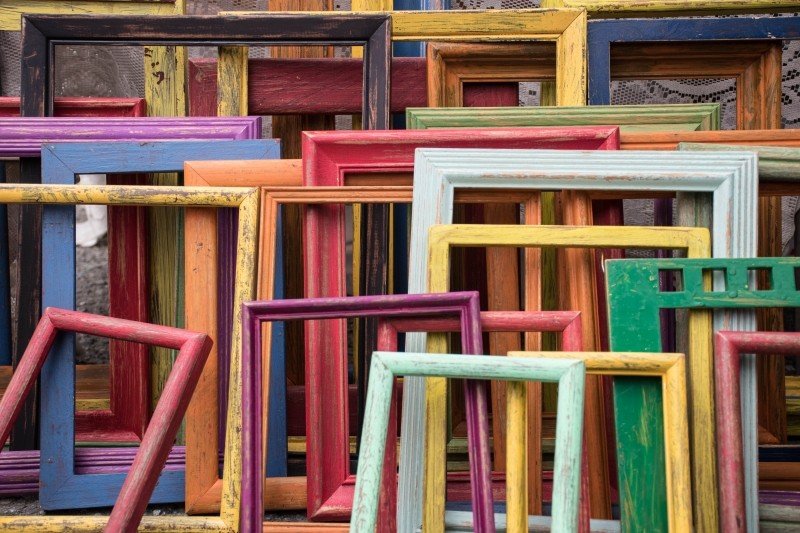 Today’s guest post is by Margot Kahn, who is co-editor, together with Kelly McMasters, of This Is the Place: Women Writing About Home (Seal/Hachette).

Two years ago, a friend and I signed a contract to edit an anthology. Criticism for the book started pouring in before the ink was even dry. It was not for the nature of its content or the quality of the writing that we took the hits; it was for the form. Anthologies don’t sell well. The writing is uneven. People don’t like reading collections. These were the words of the naysayers, and there were many. “Don’t do it,” my friend’s agent said to her without pretense. “Editing an anthology is a heroic amount of work for very little payoff.” We began to think that anthology was a dirty word, and not in a good way.

To be fair, the naysayers weren’t all wrong. Two-thirds of the people we asked to contribute to the collection turned us down, some with encouragement, some with silence, and others still with unsatisfying explanations. (A well-known writer: “Anthologies just aren’t my thing.”) Of the writing that did come in, it was uneven. Younger, little-known writers sent us finely honed gems and established writers—writers with powerhouse agents and award-winning books—sent us essays that needed many revisions. And while I wouldn’t call the work a “heroic” effort, I would say it’s been consuming. I haven’t written much of my own work in the past year, and neither has my co-editor. But the book we have created—this anthology—has turned me into an ardent advocate for the form.

Maybe the word anthology sounds too much like an intro-level college course to be alluring, and for anyone who took ninth-grade English it may forever trigger terrors of the old doorstop Norton. But the basic idea of the anthology is grand: a curated collection where each work plays off the ones beside it to produce a swirling, thought-provoking mix of many voices. Liken it to visual art and the idea becomes commonplace: if a short story collection is an exhibit of one artist’s work, an anthology is most every other room in the museum—a presentation of works by various artists in engaging, enlightening juxtaposition.

Last year, Jesmyn Ward’s The Fire This Time was a “surprise New York Times bestseller.” Why should it be a surprise that a beautifully conceived collection of excellent writers writing on a topic at once timely and historic, of universal and imperative concern, should reach a wide audience? To its credit, the word anthology didn’t appear on this book’s front cover. But perhaps most importantly, and unlike most other anthologies, reviewers weren’t afraid to give it some coverage. Maybe this will be the beginning of a new-found interest on behalf of acquiring editors, writers and readers. In the hopes of advancing the case a step or two further, I’ll take our naysayers’ issues and address them in turn.

Stop now and imagine the most interesting dinner party you’ve ever been to: each guest is beguilingly beautiful, fascinating, and unique, and every one of them lends something to the conversation. This should be the experience of reading a great anthology. Perhaps more to the point: Attention spans are short. If reading a novel is like watching a movie, which hardly anyone does anymore, reading a collection is akin to watching a 30-minute episode (insert your current Netlix/Amazon Prime/HBO series obsession here). Any collection of episode-length writing should be an easy sell.

More importantly, an anthology has the power to bring a diverse group of voices together. The anthology can expose readers to voices they might not otherwise have found, and it can raise up young or disenfranchised voices alongside the “big name” writers who lend their voices to the cause. Further, the anthology has the ability to reveal trends, themes, and conflict from multiple perspectives, either in a singular moment or over time, and to capture the zeitgeist in a way that any single-authored work cannot.

“The writing is uneven from one piece to the next.”

It would be a simple thing to find a number of stories, essays or poems that hew to a theme and bundle them together into a book. But this should not be the goal of the anthology, nor should it be the norm by which all are judged. Just as a collection of short stories is crafted and curated by an individual author (and, it should be noted, these are often uneven, too), an anthology can be a thoughtful work of collage. It’s the editor’s job to make sure that pieces are of consistent quality, as much as possible.

That said, any collection of many voices will by its very nature vary—likely by a wider margin than for a single author—from piece to piece. This should be embraced. When we look for ways in which to understand the divergent perspectives of others, there’s no better book form than the anthology. This is the town hall bound in pages, to be held, discussed and reflected upon.

Blanket proclamations on the salability of any given genre elicit my most exasperated argument. At the end of the day, editors and booksellers report that there is little surety about which books will be break-out bestsellers, which authors will have sure-fire careers, or what the next literary trend will be. But any book that’s not given sufficient attention from its editor, publisher, and author will languish, and the bulk of this work falls mostly to authors.

In this respect, anthologies may, in fact, be harder to sell. Advances are small, editors are often working simultaneously on other projects, contributors who are minimally paid will have little stake in the sales of the book, and branding a collective group is probably harder than a single author/personality. The onus falls to the anthology editor to both prepare for a marketing campaign and to create amongst her contributors a worthwhile network that encourages everyone’s participation in taking the book to market.

Considering all of the above, I would offer the following pieces of practical advice for writers and editors considering taking on an anthology of their own:

Margot Kahn is co-editor, together with Kelly McMasters, of This Is the Place: Women Writing About Home (Seal/Hachette) and the author of the biography Horses That Buck (University of Oklahoma Press). Her essays and reviews have appeared in Tablet, River Teeth, High Desert Journal, Mr. Beller’s Neighborhood, and the Los Angeles Review, among others. She holds an MFA from Columbia University.