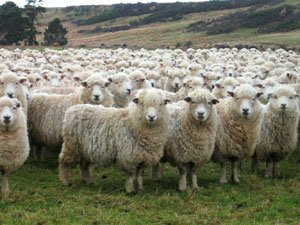 Last week as my adult daughter was driving me to a TV station in Indianapolis for a morning show to promote my book, Homegrown and Handmade, I said, “I guess I should be used to the fact that I feel like I’m really sick every time I do TV.”

At first, she didn’t understand what I was saying. I couldn’t be saying that I had butterflies in my stomach, could I? After all, I’ve been on TV plenty of times from local news to Oprah. But that was exactly what I was saying. All morning long, I had been telling myself that I did not have food poisoning or the flu and that I would be perfectly fine. And I was right.

Believe it or not, I actually love public speaking. Lack of fear—or communication apprehension, as the experts call it—is not what separates public speakers from people who refuse to speak in public. All speakers have some level of communication apprehension. As they used to say when I was in Toastmasters, the goal is not to get rid of the butterflies, the goal is to make them fly in formation. In other words, you have to learn to control your fear.

But the first thing you have to do is confront your fear. What was I afraid of in Indianapolis?

I was afraid that I wouldn’t look competent, and then no one would want to buy my book. So, I had to convince myself that there wasn’t anything I could do that would make matters worse. None of the viewers knew who I was, so if I did a great job, some of them would buy the book.

But what if I boiled over the noodles or burned the stroganoff, or what if—in spite of the laws of cooking—the sauce didn’t get thick? Those were all unrealistic fears, and even if something horrible did happen on the show, the worst thing that would happen in the real world is that I might sell fewer books. Or some people might be inspired to try cooking if a bumbling person like me could write a book on the topic!

One thing that you should always remember when you’re speaking is that no one in the audience knows what you are going to do or say. If you make a mistake, in most cases, no one knows—as long as you don’t point it out. If the sauce in my stroganoff wasn’t perfectly thick enough, no one would have known.

Once you learn to control your fear, you can make it work in your favor. Some of the most exciting speakers are chaneling their fear into what looks like enthusiasm in their speech. After seeing a friend compete in a high level speech tournament and present the most animated speech I’d ever seen, he told us that it was because he was terrified, and all of his tension was coming out in his speech. It was incredibly moving, and he won first place in the competition.

I know that public speaking is not something that most people want to do, but if you want to sell your book, it is something that you will probably have to do at some point. The reason my publisher wanted me to write Homegrown and Handmade was because I had an established platform, and I wasn’t afraid to speak in front of people. In fact, the acquisition editor met me at a conference where I was speaking to a crowd with standing-room only.

But I didn’t start out in front of an audience that size. It wasn’t that long ago that I was teaching classes in my kitchen to a group of four or five people. Start small. Volunteer to speak in front of a local group that is interested in your topic. Join a local Toastmasters club. As you get more comfortable, volunteer to speak in front of larger groups. As you polish your skills, you will gain confidence. Before too long, people will start to view you as an expert on your topic, and you will be one step closer to your publishing goals!

Deborah Niemann is a homesteader, writer, and self-sufficiency expert. In 2002, she relocated her family from the suburbs of Chicago to a 32-acre parcel on a creek in the middle of nowhere. Together, they built their own home and began growing the majority of their own food. Sheep, pigs, cattle, goats, chickens, and turkeys supply meat, eggs and dairy products, while an organic garden and orchard provides fruit and vegetables. A highly sought-after speaker and workshop leader, Deborah presents extensively on topics including soapmaking, breadbaking, cheesemaking, composting and homeschooling. Check out her farm, Antiquity Oaks, and its blog.