Today’s guest post is by Cyndy Etler (@cdetler), a teen life coach and author of We Can’t Be Friends and The Dead Inside. She’s written a range of popular posts for this site, including this great exercise on writing memoir.

“If you build it, they will come” is the biggest crock of sh*t ever foisted. The second biggest is my own mental script: “If I write it, The New York Times bestseller list will come.”

How do I know? Because if that mess was true, my first title, Dead Inside, would have been topping that list. Seriously. It ticks all the boxes:

But more vital than all of this is what readers are saying: “I’m calling in sick because I can’t put your book down.” Or “I started reading it on my phone. Now it’s four hours later, I haven’t moved, and my hand is a claw from holding my phone up.”

And still, with all that, The Times hasn’t come calling. Why not? Because I didn’t know then what I’m telling you now. Because instead, I bought that old rag about “If you build it.” It took a long time, and a lot of research, for the truth to finally hit me: “They” don’t just “come.” It doesn’t work like that.

How it does work, I’ve learned, is with work, luck, or money. Let’s break that down in reverse, starting with money.

How to Become a Bestseller with Money

If you’ve got beaucoup bucks for a publicist, there’s a chance of getting your traditionally published book on the list … but it will costs you tens of thousands of dollars and you’ll get a zero-percent promise of success.

How to Become a Bestseller with Luck

Now, luck don’t cost a dime, but a million factors have to line up like German factory widgets for luck to land you on the list:

I’m not the only one smoking these fantasies. I get emails from writers on the daily: “I’m working on this book. It’s gonna be a Times bestseller. I know it.” I have to stuff a sock in my mouth, because I’m not here to kill anyone’s baby. But I am maybe here to drop some knowledge, so you don’t waste time fantasizing, like I did, and instead, you get to work.

How to Become a Bestseller with Work 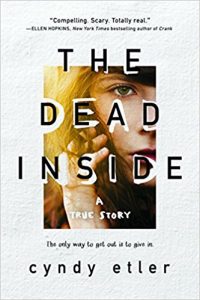 Ah, I’m so glad you’re still here. You with the headlamp on, gearing up to truck into the salt mines? You’ll be the one who gets somewhere in the publishing game. If you need a snack, grab it now before we start the long slog.

You’re not here for regurgitation, so I’ll spare you the grit-level specifics on how to market and publicize your writing. There’s an avalanche of that info online; you’ve slogged through it for years already, no doubt. What I am here for is to coach you up on the mindset you want, and the interpersonal strategies you need, to make your book go nuclear. This is the stuff I learned the hard way (okay, the embarrassing way) in my own publishing trajectory.

If you have others who are gonna support that grind (if you’re with a traditional publisher) or if you have a budget and you hired  help—fantastic. But set your expectations now, and set them realistic: you’re gonna be the one carrying the boulder, and they’re gonna be the ones carting pebbles.

Here’s the plain truth: they don’t care if your book blows up. Not like you do. Not even a tenth of like you do. So they’ve got no reason to hyper-hustle.

Here’s another plain truth: if you expect them to hyper-hustle, you’ll be a pain. And if you’re a pain, they’ll be less motivated to help you. So here’s your job: work so hard, you don’t have time to be a pain.

Try to meet your own needs, and answer your own questions, before asking the pros for help.

This one’s do or die. There’s a lot that goes into getting a book to blow up. And there’s a lot—a lot—of writers who are dying to have their books blow up. You know what there’s not a lot of? People with the knowledge and skill to make that dream a reality. The few people who have that skill are constantly being hit up by the trillions who want to crib their expertise.

If you’re lucky, talented or connected enough to be in touch with these experts, don’t waste your time or theirs with insipid questions. First, try Google. Then, spend the time. Do the digging. Read the how-to books. Save your precious few questions for the info you simply can’t find on your own. Or risk banishment.

Be genuinely grateful to everyone who supports your work, and make sure they know it.

You know how you feel when some celebrity likes your response to their social media post? You feel rocket-thrill love and loyalty. You know how you feel when you’ve commented three, four, five times on some celebrity’s social, and they don’t say sh*t? You feel bitter, cranky resentment. How do you want readers, influencers, the folks helping you with marketing and publicity to feel about you? Probably not “bitter, cranky and resentful.” So tweet a thank you. Send a card. Write a review. Stalk their timeline, find out what they love, and send a gift. Humble gratitude is a rare commodity. Be the one who shares it.

Be constantly on the lookout for opportunities.

Here’s this crazy thing I’ve learned about getting media coverage: the more you pitch, the more likely they’ll say yes.

Something about name recognition, or media-booking types favoring a harasser, or some other mystery of the universe we’ll never understand. But publicity experts say that the name of the game is relentless, relevant, high-quality pitches. Note the emphasis on “relevant” and “high quality.” Remember, we’re in the salt mines here. If you want to be a bestseller, you’ve got to put in the work. Keep your eye on the news, and be ready to pitch when your topic matches the headlines. Do the research on how to craft a pitch, and chisel that thing down to tight, spare, bullet points. If you’re sending out flabby missives, you’re wasting your time.

Accept the opportunities when they start rolling in.

Don’t be too busy. Don’t be too stressed. If you’re not trucking with luck or riches, your way to the top is with a million tiny steps. That small blog with only a hundred readers, the one asking you for a guest post? No, it’s not The Daily Show, but it is a hundred readers. You don’t want those hundred readers to know your name? Yeah, that’s what I thought. Do the guest post, and send the blogger a thank you.

But don’t not have a life.

I’m in love with Los Angeles, but never get to be there. When I was flown to Hollywood to appear on The Doctors, I had a precious half day to just … be in L.A. I wanted to rollerblade on Venice Beach. I wanted to look at art in Los Feliz. I wanted to drink in the fizz and freak of my beloved West Coast city.

So what did I do? I sat in my hotel room and worked on three small blog guest posts. Because I’m relentless. And because “the way to the top is with a million tiny steps.” But damn. Now I’m riddled with regret. Don’t be like me. Work hard, but do life, too.

Get with the 2018 zeitgeist and share other people’s work.

Like at a rate of 20:1, other people’s to your own. Not because this is how you notch up on the scale, but because we need to all be kind. To balance out the crap vibes. So the world doesn’t end in nuclear war. And also, because nothing makes people unfollow faster than a string of “Buy my book!” posts. And also, because people like people who make them feel good, and people feel good when you show their work some love. Maybe they’ll show you love back, maybe they won’t. But trust me one more time: you don’t want to be the author who nobody feels good about.

Expect one out of every hundred marketing and publicity efforts to net results.

Seriously. Expect that, so you keep on going when the going is slow. Expect heartbreak, expect thrill, and maybe don’t expect to hit The New York Times list. Because if you expect the near-impossible, all the wonderful possibles you earn will feel like second-place ribbons.

I’ve hit bestseller status. When each of my books came out, they were Amazon New Release bestsellers; both books sold out and were on back order. I’ve won high-zoot awards. I’ve watched my “as seen on” creds stack up. In other words, this salt-mine stuff? It works. But does it work for the Times list? I dunno yet. Let me keep slogging and find out. I’ll keep you posted.

Cyndy Etler is a teen life coach and the author of young adult memoirs The Dead Inside and We Can’t Be Friends (Sourcebooks Fire). Her books take readers into her sixteen months in Straight Inc., a teen treatment program the ACLU called “a concentration camp for throwaway teens,” and then back to her druggie high school, packed with dangerous jockos and cheerleaders.