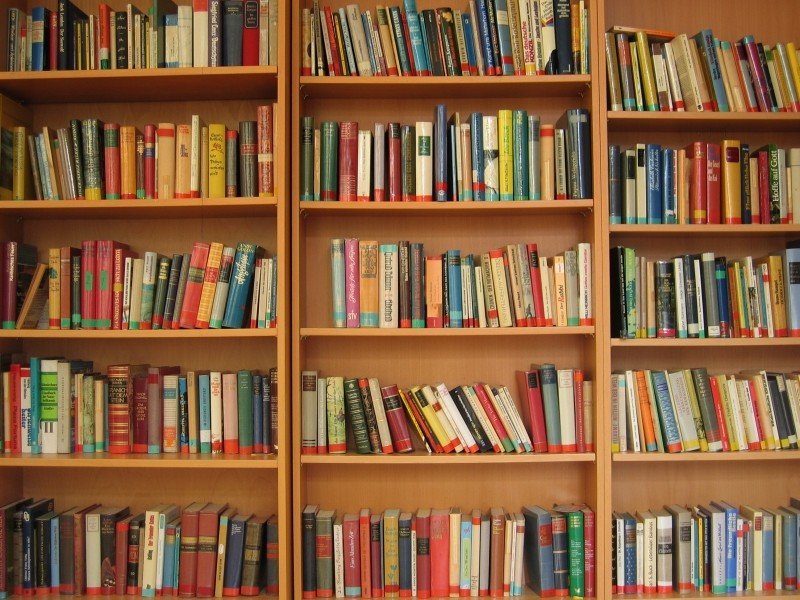 Today’s guest post is by Erica Meltzer of The Critical Reader.

In 2008, I took a trip to the bookstore that altered the course of my career.

I was working as a freelance tutor and had recently been hired to help prepare a student for the Writing (grammar) portion of the SAT. In need of practice material, I went down to my local Barnes & Noble and began flipping through the standard prep books. As I read, I grew increasingly frustrated: in some, the questions were too easy, in others too hard. Some of them targeted concepts that were not tested, or omitted concepts that were tested. And overall, the tone and style seemed somehow…off.

I’d had a handful of gigs writing practice questions for various test-prep companies, but until that point, it had never occurred to me that I could publish my own materials. But as I stood in Barnes & Noble flipping through those books, I thought, “I can do so much better than this.”

Although it would be more than three years before my first book, The Ultimate Guide to SAT Grammar came out, I stumbled upon a couple of key lessons about the business of bookselling that day:

One of the downsides self-publishing is that you don’t receive support or feedback from publishers about how best to position yourself; as a result, you must be willing to devote time to investigating your market and analyzing your role within it. I write nonfiction, so that’s what I’m going to focus on here, but that said, much of what I discuss here can be applied to fiction as well.

Even if you do not go so far as to type up an actual document, you should be able to answer the following questions.

1. How saturated is your market?

You can get a good sense of the answer to this question with just an eyeball test: do the books on your topic cover a shelf in the bookstore? A couple of shelves? An entire bookcase? (Or, if you’re looking online, how many pages of titles come up when you type in the category?)

If there are already dozens of books available, you’ll need to spend some time reading through them in order to understand what’s been done. As a general rule, the more that’s been written, the more specifically you’ll need to define yourself. For me, this happened to be a straightforward matter: as someone whose verbal score was more than 200 points points higher than her math, I had never been able to tutor all sections of the exam and was in no position to author a general SAT book. If I wanted to write a halfway decent guide, I would have to focus on the verbal portion only.

2. Where are the niches?

Unless you are capable of offering a truly unique perspective, you should avoid aspects of your subject that have already been written about extensively. Instead, try to tailor your expertise to important but neglected sub-topics or sectors of your market. Grateful readers become loyal readers (and are more likely to leave glowing reviews).

For my first book, I deliberately chose to focus on a relatively overlooked portion of the SAT. Although there were several combined reading/writing guides available, there was not one guide that dealt exclusively with grammar in an in-depth way. Having spent years mastering everything from relative pronouns to the subjunctive in various foreign language classes, and then teaching those same concepts over and over again in context of the SAT, I was exceptionally well positioned to write a serious grammar book aligned with the exam.

In addition, there was almost no material designed specifically for students aiming for top scores. Even if they made up only a small percentage of the 1.5 or so million annual test-takers, they still numbered in the tens of thousands and, as I learned when they began contacting me via my blog, they were desperate for challenging material.

In fact, this group proved so enthusiastic that I barely needed to spend money on marketing: both students and parents discussed my books extensively on highly trafficked websites, allowing me to build readership naturally. I followed the same subject-specific approach for my following books, first moving to the more daunting SAT reading and then repeating the process for the English and reading portions of the ACT.

Note: If you’re not sure how to go about matching your expertise to your readers’ needs, spend some time reading through websites and blogs devoted to your topic in order to get a feel for what issues readers face and what questions aren’t being answered. While writing my books, for instance, I spent hours reading a popular test-prep forum so that I could address students’ questions and misconceptions directly.

3. Who are the major players in this genre? Is there a single title or set of titles that dominates the market?

Regardless of what you intend to write about or how many books have already been devoted to that topic, you need to understand your competition. Even if you do manage to suss out a neglected corner of the market, your book will almost certainly overlap with other titles, some highly successful.

The question is: why do the top-selling titles do well? Do they sell briskly because they have a devoted following (as evidenced by hundreds of enthusiastic reviews) or do people buy them merely because they are the only books available (as suggested by a smaller number of lukewarm or generic reviews)?

If the former, you shouldn’t expect to seriously compete, at least not right away; if the latter, you might have a better chance of breaking in. I was lucky in that most of the top-selling titles in my genre held that position simply because there were few alternatives; given the option, many readers were happy to try something new.

4. Are any successful titles self-published?

The appearance of self-published books among the more popular titles signals that readers are open to trying works by less established authors. While it isn’t always possible to tell whether a book is self-published, check the book’s copyright page to see if an established publisher is listed.

If your market is dominated by traditionally published titles, you are not necessarily at a disadvantage. Because traditional publishers are by necessity driven by their bottom line, they are less likely to take on potentially risky projects. As a result, there may be ample room for new voices or fresh takes on familiar material.

When I finished my first book in 2011, for example, the same few names had essentially defined the SAT/ACT market for decades, and there was plenty of room to shake thing up—even though the market appeared closed from the outside. The standard books were written either by tutors who knew the tests well but weren’t particularly well versed in the actual subjects, or by classroom teachers who knew their subjects well but had limited knowledge of the exams.

With the advent of platforms like CreateSpace, tutors who were also math or English experts could publish materials that had been extensively tested with students. Because those books did well, other tutors were encouraged to publish guides, fundamentally reshaping the market. Today, about 10 of these books typically rank among the top-selling SAT/ACT guides on Amazon.

It’s gratifying to know that I’ve played a role that shift: shortly after his first book was released, the author of the top-selling ACT Science guide informed me that my books had inspired him to go ahead and write his own. Like me, he had noticed a gaping hole in the market—there was not one guide devoted solely to that subject—and decided to plug it.

5. What do the existing books do well, and where do they fall short?

As you read, notice—and preferably jot down—what aspects you find most enjoyable and engaging, and which ones you find wanting. While it is important to consider obvious factors (content, tone, style, and flow), you should also consider subtler issues such as formatting and font. When I went through the existing SAT prep books, for example, I noticed that from a visual standpoint, their questions often looked nothing like those on the exam. As a tutor, I understood that students were frequently thrown off by deviations from the actual test and wanted to practice on material that felt authentic in form as well as content. As a result, I made sure that my practice questions were identical in terms of font, size, and spacing, to those on the real exam. That kind of subtle attention to detail helped reader feel that my books were preparing them for exactly what they’d face and made them more inclined to trust my work.

6. What do you do better, or know more about, than anyone?

In other words, what specifically can you offer readers that will cause them to bypass other works and zero in on yours? Obviously, this isn’t a zero sum game—readers will often buy multiple books on a given topic—but you must know what sets you apart. All the market research in the world won’t matter unless you are genuinely invested in your topic and able to write about it with ease and (ideally) flair. Readers almost certainly won’t be passionate about your book unless you are as well. This is the biggest question you need to answer, preferably before you even write a word.

Before becoming involved in test prep, she worked in the Department of History of Art and Architecture at Harvard University and in the Department of Philosophy at Columbia University, where she helped coordinate graduate admissions. From 2006 until 2015, she tutored privately in Manhattan as well as online, helping students around the world achieve their SAT/ACT goals and gain admission to a number of top colleges, including Harvard, Princeton, Yale, MIT, Caltech, Stanford, and Duke.

With over 100,000 copies sold, her SAT and ACT Reading and Writing guides consistently rank at the top of their respective categories on Amazon, outperforming comparable guides produced by Kaplan, Princeton Review, and Barron’s. She has been featured in Teen Vogue, The College Solution, and CBS Moneywatch, and her books are currently used by students and tutors worldwide.