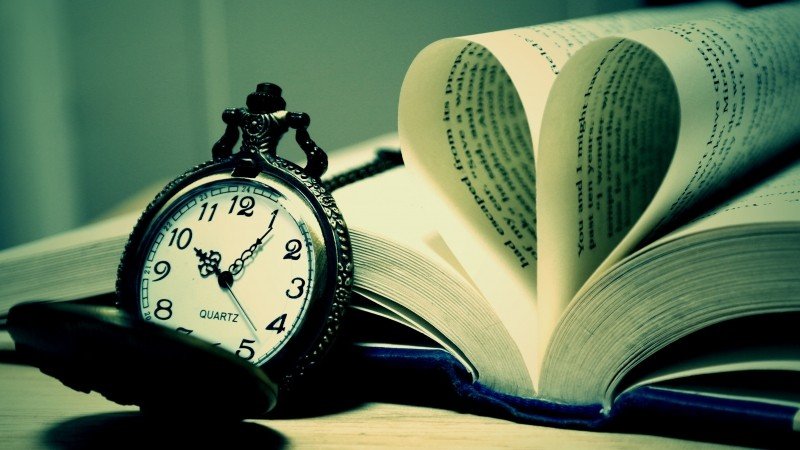 Writing a novel requires the creation of a living, breathing, fully populated world. Deities can pull off a trick like that in six days, but how long should it take to write a book?

William Faulkner wrote Light in August in seven months, a slog compared to As I Lay Dying, which he wrote in less than six weeks while working the night shift at a power plant. Jack Kerouac spent seven years on the road, but the actual writing of that iconic book took less than a month, typed on a single, taped-together roll of paper. Anthony Burgess wrote A Clockwork Orange for money and churned it out in three weeks. John Boyne gave voice to The Boy in the Striped Pajamas in a breathless two and a half days.

Surely years, not weeks or months, is the norm. A quick glance at the oeuvre of writers like Margaret Atwood, Alice Munro, and Louise Erdrich suggests that writers devoted to their craft can manage a new work of fiction every two to four years.

It used to bother me that I took twice that long, sometimes longer, to finish a manuscript. Am I lazy? Word-challenged? Easily distracted? Or just plain slow?

I drew solace from writers such as Junot Díaz and Margaret Mitchell, who took a decade to write The Brief, Wondrous Life of Oscar Wao and Gone With the Wind, respectively. J.R.R. Tolkien labored twelve years over Lord of the Rings, one of the bestselling novels of all time. Alistair MacLeod, with whom I often commiserated on being a slow-mo writer, worked on No Great Mischief for 13 years before his editor wrested it from his hands.

When I started Refuge, my latest novel, I was determined to shorten my writing time. Three years, I told myself sternly. Four, max. And I met that deadline. Exactly four years later, I submitted the manuscript to my agent, who sent it to my editors at McClelland & Stewart and W.W. Norton. I scheduled some minor surgery, imagining myself recovering on my couch, eating bonbons and contemplating the six-figure offers.

“It’s not a novel,” my editors said. My agent sent the manuscript to other publishing houses. Editor after editor rejected it. Many offered suggestions. Put the last chapter first. Focus on the son. Focus on the sister, on the time in Mexico, on New York, on the love story.

I was devastated. I put the novel away amid gloomy thoughts that I would never write again. I started a literary festival. I started a biweekly books column. I started a gardening blog.

That was in 2008. I had laid down the bones of the story of Cassandra MacCallum, a 96-year-old who had made a sanctuary for herself on a small island behind the farm where she was born, in my 2004 notebook. Now this smart, feisty woman refused to stay in my bottom drawer. Every so often, I’d get an idea of how I might rework her story and I’d haul out the manuscript, mess with it for a few months, then give up as her sharp, sassy voice was drowned out by my editor’s pronouncement. It’s not a novel.

I am stubborn by nature. Put an obstacle in front of me and I’ll wear myself to the bone trying to find a way around, under, over it. But no amount of thinking could break through my idée fixe of how this story should be told: a woman’s life from birth to death, the reader knowing Cass MacCallum in a way we almost never get to know anyone in real life.

Four more years passed. I tried not to count. Then, in 2012, I was a guest at the San Miguel de Allende Writers Conference with a Famous Writer friend. We never talk writing: we talk gardening, and life, and books. We laugh. Sometimes we sing silly songs in Edith Bunker falsettos. But sitting over coffee one morning, our conversation turned to how many drafts of a book we typically write. Fifteen, she said. My usual is also fifteen, which somehow gave me courage to add, “But I’m having real trouble with this one.”

“It’s the story of a woman who is the ninth daughter of an amateur naturalist/inventor who dies of tuberculosis. She contracts the disease and recovers in a sanatorium where she is inspired to become a nurse…”

She was right. Recounting the story out loud, even I was bored.

“You need a shish-kebab rod to hang those stories on,” she said. 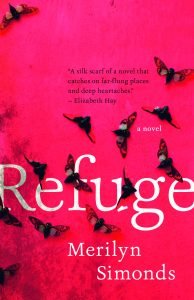 That was the prod I needed. Within a week, I had my story rod. I printed all the scenes I’d written so carefully over the years, cleared a space on the living room floor, and started moving the shish-kebab bits around. Instead of a rigid chronology, I had a mosaic that could be worked and reworked a thousand different ways.

Three more years passed. Finally, I had a final draft—my 22nd. The story was still the same, but the way it unfolded had changed dramatically. My agent loved it. An editor bought it.

When someone in the audience asks, how long did it take you to write this book, I say, “Fourteen years.” But of course that’s not true. I wasn’t writing during all those fourteen years: I worked on the manuscript in bursts, the pages languishing for months and sometimes years while I gathered my thoughts for the next revision.

Carl Honoré, author of In Praise of Slow and guru of the Slow Movement, had his wake-up call to the North American obsession with speed when he caught himself admiring a book of one-minute bedtime stories. Refuge was my epiphany.

I no longer think that a book should be written in a prescribed amount of time. I’ve stopped beating myself up for coming to a structure slowly, for needing to get to know my characters as gradually as I get to know people in life. I welcome the pauses in the work, knowing that my thinking deepens in that time away. I don’t worry that I’ll change over the years it takes to finish a novel because I know the story is growing, too, becoming more layered, more nuanced. And yet, miraculously, the heart of it stays the same. The opening paragraph of the published novel is almost identical to what I scribbled in my notebook 14 years ago.

What is impossible for a writer to predict is the world their novel will be released into. In 2008, this story would have been an anomaly. In 2018, its exploration of who we give refuge to and why is part of one of the most important conversations of our time.

It isn’t easy to embrace writing as a long game. I’ve learned to smile when I answer the well-meaning queries of family and friends with, “Yep, still working on it.” I don’t force myself to write a certain number of pages a day or set a deadline for each draft. I work at the pace the story needs. I still rail against the way life can sabotage my writing time and I still struggle to find the best way into a story. But I’ve stopped feeling guilty and inadequate, afraid that I’m not a real writer because of the pace at which I work.

I’m halfway through a new novel called ~then~. I have no idea when it will be finished. Within my lifetime, I hope. My mantra is simple:

Write. Write well. Write to the end. Take as long as you need.

Merilyn Simonds is the internationally published author of 18 books, including The Holding, a New York Times Book Review Editors’ Choice and the Canadian classic nonfiction novel, The Convict Lover, a finalist for the Governor General’s Award. In 2017, Bookmark Canada unveiled a plaque to honour the place of The Convict Lover in Canada’s literary landscape. Her most recent nonfiction work is Gutenberg’s Fingerprint: Paper, Pixels, and the Lasting Impression of Books. A former adjunct professor in the University of British Columbia Creative Writing MFA program, she mentors emerging writers across North America, dividing her time between Kingston, Canada, and San Miguel de Allende, Mexico.