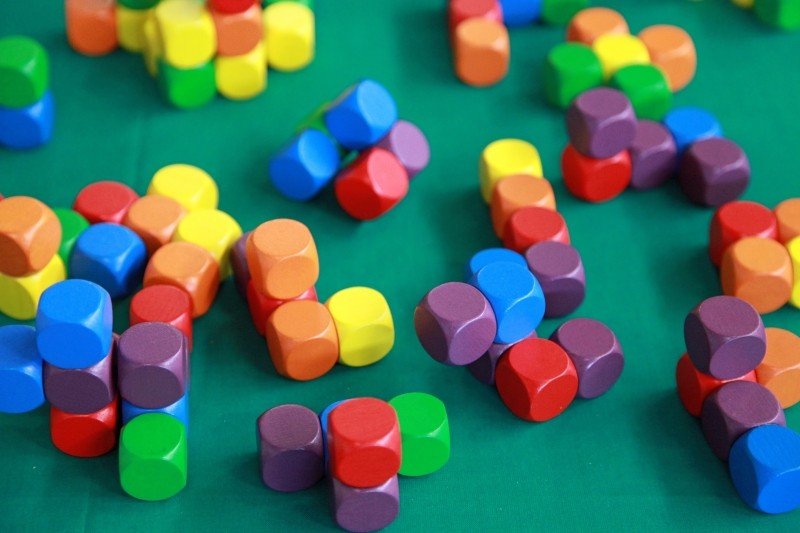 Today’s guest post is by author and coach Ginger Moran (@gingermoran). She’s hosting a free session on Wednesday on how to get your book done.

I’ve been writing my fourth novel, my sixth book—and it’s going slowly. I’m trying not to succumb to that huge, overwhelming “I have to write a whole book—yikes I can’t do that” freak-out that is the surest way not to write a book. Instead, I look to achieve the state Brenda Ueland sees as the object of writing when we are wrestling with our project:

“I learned that you should feel when writing, not like Lord Byron on a mountain top, but like a child stringing beads in kindergarten—happy, absorbed and quietly putting one bead on after another.”

Here are the best techniques I know for achieving this deeply satisfying state:

1. Break the task down into small steps.

There are countless ways to defeat ourselves, but the biggest and worst is to make the task too big and then feel daunted before we ever start. Anything you’ve ever completed and felt satisfied with was a big job—and you got there by following small steps.

I have now run the Women’s 4-Miler twice, much to the astonishment of everyone, myself most of all. I don’t think I ever ran, even as a child—too much of a dreamer to just bolt somewhere. So when I decided I was going to run the race for the first time in my 50s, I took the training seriously. It involved regular practice runs, adding a little faster pace and longer distance each time. The first day had us running one lap, with walks between the jogs.

It took two months, but I did manage to run the race, all four miles. Well, shuffled might be a better description. But I did keep going at a run-like pace.

Writing is exactly the same. If you are daunted by your writing goals, break them down into smaller pieces until you hit the size that is doable.

I worked with a client who was under a very tight deadline for getting her book done and then her father died. She was determined that she was going to finish the book anyway, but she was weeks behind by then.

My question to her: how are you going to take care of yourself?

She came up with a rigorous schedule of writing—and an equally rigorous one of walks, snacks, yoga stretches, naps, and strategic, timed phone calls to her support team. She hit her deadline.

Set up a schedule that includes writing, of course, but also rest, meal breaks, a chance to socialize, and time to exercise. When you are in the middle of a big project, rather than seeing that as a reason to skip the self-care, try adding more breaks.

We often make the writing much harder for ourselves by confusing one part of the process with the others. There are four parts:

Many writers stop themselves by piling one part of the process on top of the others—thinking they need to edit while they are writing the terrible first draft, for instance. Or thinking they must know the exact destination of the book before they really know what kind of book they have. Or putting the book in front of the eyes of critical readers before it has actually taken form and is too tender to be shown.

Separate out the sections and write iteratively—staying largely within one section of the process at a time.

Keeping my eye on the prize and then watching what is right in front of me, back to the prize, back to the next tiny step—this is how this book is getting done, just like happily stringing beads on a summer day.

A teacher, published writer, and single mom of two boys, Ginger’s areas of expertise are in fiction and creative nonfiction writing, editing, and creative survival. She holds a Ph.D. from the University of Houston in Literature and Creative Writing and Bachelor’s and Master’s degrees in English from the University of Virginia. Her work has appeared in Salon, Oxford American, The Virginia Quarterly Review, and Feminist Studies among other journals and magazines. Her first novel, The Algebra of Snow, was nominated for a Pushcart Editor’s Choice Award. She is a Certified Martha Beck Life Coach and a KMCC Creativity Coach. She teaches fiction and memoir writing at the university level and with private clients.