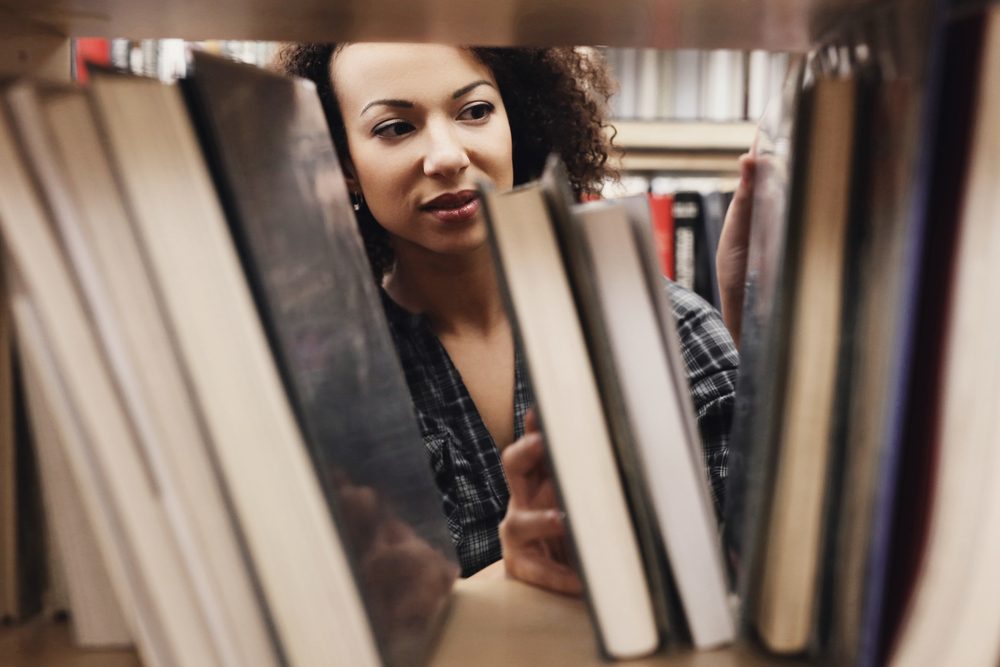 Today’s guest post is by author Barbara Linn Probst, whose debut novel, Queen of the Owls, will be published in April 2020.

It’s natural to gravitate to the familiar, and it’s proven that readers tend to buy books by authors whose prior novels they’ve enjoyed. We expect to like the author’s newest book. And we will, unless our expectation is disproven.

There’s a psychological term for this. It’s called priming. In the same way that priming a wall allows the paint to adhere, psychological priming sets us up to embrace and endorse whatever we’re predisposed to like. First articulated by Israeli psychologists Daniel Kahneman and Amos Tverksy in the 1970s, priming has been widely studied in areas of human behavior from shopping to voting.

In my own experience as a university professor, I remember that the highest predictor of how students rated an instructor was whether he or she was an instructor whose course they wanted to take in the first place. In other words, if they expected to like this instructor, they did. Human beings just love to be right.

Exposure also plays a role in shaping our selections. Seeing something “everywhere” brings a sense of familiarity, trust, and inevitability. It can be hard to resist feeling that “everyone” is reading a certain book right now, so it must be good. Certainly, some debut novelists have hit that jackpot. Delia Owens, author of Where the Crawdads Sing, is a recent example.

For most new authors, however, that doesn’t happen. They have to build awareness interview-by-interview, tweet-by-tweet, hoping that readers will give them a chance. Debut novelists—and I’m one—are competing for the attention of people who can’t read every book that comes out.

When faced with an array of novels by unknown authors, why do we give some a try and not others?

I posed this question on ten different Facebook groups for readers: “Would you give a new author a try? Which of these (if any) might make you buy a book by a brand-new author?” I followed this with a list of possible reasons, asking people to select as many as they wished. Although I didn’t ask people to rank their choices, some did.

As a former researcher, I tend to dislike “forced choice” questions in which the possible responses are pre-determined; they don’t leave room for answers the researcher hasn’t anticipated. However, I’d learned from previous Facebook surveys that I would get far more responses by offering a list; it’s quicker and easier, and I wanted to cast a wide net. I’d also posed a similar question a month earlier—in a more open-ended way, without asking specifically about brand-new authors—so I already knew that a personal recommendation from a trusted source was the major reason that people choose one novel over another. This time, I wanted to understand what other elements mattered to readers—specifically, when the author was someone they didn’t already know.

One of the items on my list was “seeing the book on this and other Facebook groups.” This was, of course, a version of “recommendation from a trusted source”—and no surprise that it was one of the reasons cited most often, since I was asking the question on Facebook! The popularity of the response was circular and predictable, so I set it aside; had I asked the question at live book club meetings, people would probably have told me that they picked novels that fellow book club members had praised.

The other options I offered had to do with a book’s cover, title, awards, and reviews from Amazon, Goodreads, newspapers, and trade reviewers like Kirkus and Booklist. Within three days, over 750 people had responded.

Overwhelmingly, what made respondents willing to “give a new author a try” (other than a trusted recommendation) was the book’s cover and title: in other words, their first impression.

That didn’t mean they would end up loving the book or even finishing it, only that it would motivate them to pick it up, open it, and purchase it. Together, cover and title were mentioned more than all the other reasons combined: it accounted for 50% of responses, with some people adding a note to apologize for “judging a book by its cover.”

Many people added another reason: the short summary description that told them what the book was about. Recommendations on Goodreads and Amazon reviews were of intermediate importance. Many people explicitly said that they “didn’t trust” reader reviews, which they considered to be too subjective, not necessarily corresponding to their own taste, and suspicious—authors asking their friends to post excessively glowing reviews.

Awards and praise from newspapers, Kirkus, Booklist, and other professional sources didn’t matter very much to these readers. Awards came in lowest of all, although some respondents felt that an award was a “signal” that a book had merit.

Most people chose more than one reason. People who cited the cover usually cited title as well, suggesting that the two work together to form an overall visual impression. If that first impression drew them in, they would read the summary blurb and then decide. But if the first impression wasn’t strong, most were unlikely to proceed further.

Obviously, this was not a comprehensive survey. As with all studies, results were shaped by how the question was worded, who was asked, and how. It also reflects the perception of consumers and not the perception of bookstore owners, bloggers, reviewers, or anyone in the book trade. For those groups, media reviews and awards may carry more weight.

Nonetheless, the results offer some indications that debut authors may want to consider.

If you’re a new author about to launch, keep an eye on book cover trends; a particular look may not be your “style,” but it may be what readers are gravitating toward. Remember priming theory: if your cover resembles the covers of successful books, that might be a good thing. You don’t always have to be unique.

Experienced cover designers know what catches a reader’s attention, especially in the thumbnail versions that appear online, so listen to what they say about font, color, and composition. At the same time, it’s your book and you have the right to ask questions and to speak up if the cover doesn’t feel right. If you’re hiring your own cover designer, don’t skimp or settle. If your publisher is designing the cover for you, ask for options and for the rationale behind the various concepts. The cover should reflect the story in some way, as well as being visually pleasing.

The same is true for the title. It’s common for a publisher to change the book’s title, and the new title may feel strange or even wrong if you’ve lived with another one for a long time—as if your child started school and the teachers suddenly decided to change her name!

But the publisher may have a very good reason. Go on Amazon and search for books with titles similar to yours. If you find a long list, you may want to shift to something fresh. Go through your manuscript and look for phrases that capture an important aspect of the story. If you find a title you like, ask people what they think it means. A misleading title can backfire.

Consider where you want to focus your energy as you prepare for your book’s launch.

You can go high and try for endorsements from well-known authors or celebrities, awards, glowing reviews from newspapers and trade publications—with the idea that these will “influence the influencers” who can place your book where it will be seen.

Or you can go wide and make friends with people who host book clubs, book fairs, or online groups for readers and writers—with the idea that these are real readers who will spread the word about your book to other readers.

One strategy isn’t better than another, but you may not have the time or resources to do both. As you work to convince people to “give your book a try,” you’ll have to decide which approach suits your story and temperament.

Remember, you only get one debut. But ultimately, your aim is to move from being an unfamiliar author to a familiar one—someone who makes people say, “Oh, I just love her books!”

Barbara Linn Probst is an award-winning author of contemporary women’s fiction living on an historic dirt road in New York’s Hudson Valley. Her acclaimed novels Queen of the Owls (2020) and The Sound Between the Notes (2021) were gold and silver medalists for prestigious national awards, including the Sarton and Nautilus Book Awards. The Sound Between the Notes was also selected by Kirkus Reviews as one of the Best Indie Books of 2021. Barbara has also published over fifty essays on the craft of writing for sites such as Jane Friedman and Writer Unboxed, along with two nonfiction books. Her third novel The Color of Ice will release in October 2022. Learn more on BarbaraLinnProbst.com