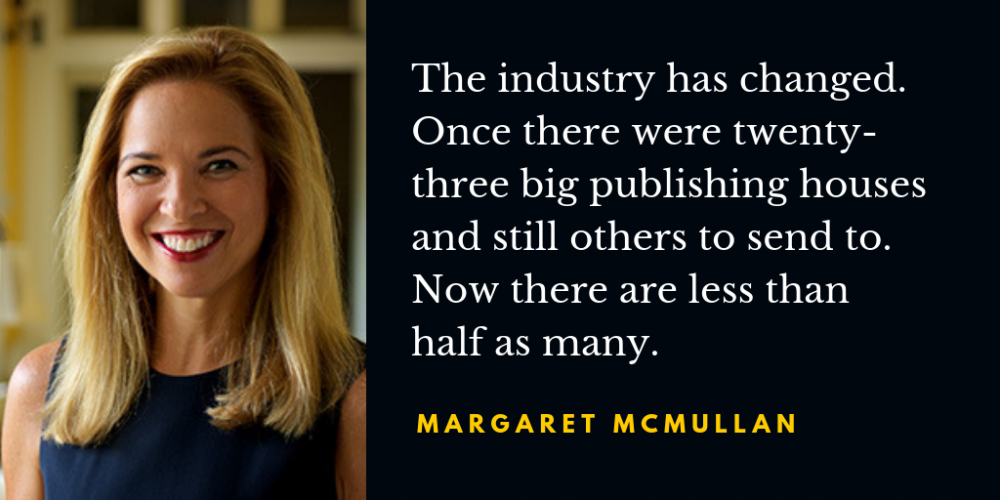 One of my first creative writing professors in college was Margaret McMullan. While I took several meaningful classes from her, the one I most appreciated was an independent study on creative nonfiction. At the time, there were no university classes offered on the “fourth genre,” and she was willing to put in the extra time to work with me on personal essays (even though she was focused on writing and publishing fiction).

Today marks the publication day of Margaret’s first memoir, Where the Angels Lived. Despite being a published author of multiple novels—and an accomplished essayist—she had a difficult time finding a home for this latest work. The current market can be rather unfriendly to memoirists, unless you’re a celebrity or have landed a plane in the Hudson.

In the following Q&A, we discuss her writing and publishing journey for the book.

You’ve published seven novels, but this is your first memoir. Of course you have an incredible track record of publishing creative nonfiction and journalism—all kinds of articles and essays—and it’s not like you’re inexperienced. But is this memoir something you very deliberately set out to write and publish, or was it more gradual than that?

Where the Angels Lived began as an assignment I did not ask for.

In 2008 I visited Yad Vasham, the Holocaust museum in Israel. I looked up my mother’s maiden name in their Shoah Victims Database and saw a name I did not recognize. I never heard of a Richárd in my mother’s family, and there he was, my relative, on this List of murdered persons. 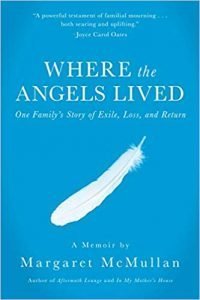 She gave me a form called Page of Testimony, which she said I had to fill out and send back to Yad Vashem, apparently so others could remember Richárd too.

I took the form and I went to a falafel stand outside the museum, drank two beers, and tried to forget what I’d just learned about my Jewish relative from the museum of remembrance.

When I got back home to Evansville, Indiana, I started my research and applied for a Fulbright grant to teach in Pecs, Hungary, Richárd’s home.

So, the idea was to research and collect enough information to write a novel about Richárd. But as I met family members I never knew existed and as I experienced Hungary, my journey became more a part of the story.

Interestingly, surnames come first in Hungary. Whenever Richárd was introduced, he was Engel de Jánosi, Richárd. He was part of a bigger picture. His identity belonged to his family first, and, his surname, Engel means angel. Angels are immortal. His story, like all family stories, goes on forever. The more I researched, the more I understood that Richárd’s story was also my story and my son’s story.

Compared to your novels, you found it more difficult to find a home for this work. Do you have a sense of why publishers were reluctant to get onboard? What did they tell you, if anything?

Here are some of the responses I received from New York publishers:

“Too many upcoming Holocaust books.”

“This was an enjoyable read with a compelling subject. You are a great writer with an interesting story, but just don’t see a wide enough audience.”

“Too close to another title we’re publishing.”

“The themes here—lost family members, a town full of secrets, Margaret’s experience in Hungary compared to her ancestors’ horrible experiences—are all fascinating. I found myself wanting more reporting on the refugee situation to make the ties linking Hungary’s present and past that much more vivid.”

“I’m not sure this book could successfully compete in a crowded marketplace of Holocaust literature.”

“I can’t buy this type of book here.”

One editor invited me to her New York office to say she wasn’t taking the book. Maybe she thought a face-to-face rejection was nicer. It wasn’t.

After that office visit, my agent, Jennie Dunham, took me out to lunch to eat mountains of sushi, our version of getting drunk. Jennie took me on as a client sixteen years ago, and, at lunch, she reminded me how many times my novel In My Mother’s House got rejected. Twenty-three.

Did I want that reminder? No! But she wanted me to put things in perspective. She said she had believed in In My Mother’s House, just as she believed in Where the Angels Lived. But the industry has changed. Back then there were 23 big publishing houses and still others to send to. Now there are less than half as many. She asked me what I wanted to do.

I told her I wanted to get this story out there because I felt it was important. Where the Angels Lived is a deeply personal story of a family betrayed by its own country. The anti-Semitism, the immigrant’s journey resonates more than ever.

“Let’s get this out there, then,” Jennie said. She told me she would try some independent presses with great reputations.

We ordered green tea and talked about my next book.

A few weeks later, we had three offers from three different independent publishers.

Calypso is a nonprofit press typically known for fiction and poetry—and your last book, a novel in stories, is with them. How did they end up becoming the home for your memoir?

Where the Angels Lived is Calypso’s first book of nonfiction, so this publication is extra special.

I’d worked with Calypso editors on Aftermath Lounge, and we got along really well. Robin Davidson, Tony Bonds, Martin Woodside and Piotr Florczyk are an extraordinary group. They are themselves teachers, writers, translators, and academics. Many of them are also former Fulbrighters. They understood Where the Angels Lived, and they were up for the rigorous proof-reading and copy-editing.

Robin is a poet, and I especially appreciated how she was meticulous with every sentence, every word choice. That’s invaluable, and that’s when working with a small press really pays off.

I loved working with Tony because he’s always up for trying something graphically new. When he was working on Aftermath Lounge, I really wanted to put my friend Alan Huffman’s dog on the cover. Tony fit Girl Dog into another picture he already had, making it perfect, green, and menacing for a book about the aftermath of Hurricane Katrina.

I sent him a ton of pictures and family trees for Where the Angels Lived, all of which he sifted through. He came up with a simple, elegant design.

How would you compare the experience of working with the larger New York publishers (where most of your other work has landed) and working with a nonprofit like Calypso?

I have had remarkable editors at Houghton Mifflin Harcourt, St. Martin’s, Picador, and McPherson & Company. Honestly, I have never had a bad experience with an editor. Knock wood.

Small presses don’t provide those nice advances, but they give you lots of love, attention, and tender care.

I work a little harder hawking books, going on the road, giving readings. But I’ve been holed up with this material for about five years, so it’s good for me to reach out to people and say, hey, can I come read at your school/church/synagogue/book group/bar/ for next to nothing?

I’m visiting friends I haven’t seen since college. That’s a long time ago! I’m even hoping to find someplace to give a reading in Georgia just so I can visit my college literature professor, Jim Kissane.

I also find myself reading more about PR and marketing. I turn to pros like you for advice. Otherwise, I’d be clueless.

When you were on your Fulbright in Hungary, I well remember your vivid Facebook posts about the experience, and I now strongly associate that place with you and your family history. And I’m sure I’m not the only one! Even though those posts happened some time ago, has that process led to any noticeable marketing or publishing outcomes for this book?

Fulbright urged us to share as much as we could on social media. They said, Beat the drum! They wanted their organization to be more inviting and user-friendly. They also welcomed family pictures and activities. My husband Pat kept a blog and our son, James, who was 14 at the time took tons of pictures, which I’ve used shamelessly.

I thought I would write a novel about Richárd with my research, but as I posted, and read responses, I realized the facts were more interesting than anything I could make up. To do his story justice, I needed to tell the truth. His truth.

Posting in real time helped me as a researcher. I had an instant timeline, which helped me later, especially when I got bogged down with historical details and back story. I also had the pictures, which helped me recall everything more accurately.

Facebook became a part of the story too. I posted a piece I wrote for The Washington Post and someone shared it on their timeline and it reached someone in Paris who was trying to connect with someone in my family. This person contacted me—she was trying to find out why her aunt never married and who “the love of her life” was, the man she always talked about. His name was Richard, my great uncle, the man I was researching.

We’ve stayed in touch ever since.

Take a closer look at Margaret McMullan’s Where the Angels Lived.