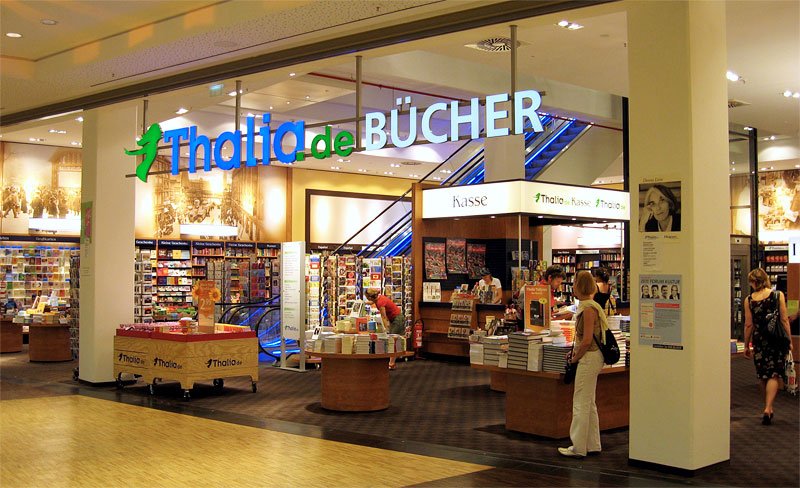 Note from Jane: Today’s guest post is by Beate Boeker (@BeateBoeker), whom I met at the International Women’s Fiction Festival in Matera, Italy. It was the first writers conference I attended that offered any kind of in-depth information (geared toward authors) about the international and translation market. Find out more about Beate and her novels at her website.

This is a compilation based on the experience of several indie authors who started in the English-speaking market and have branched out into Germany. It will never be complete, and it’ll never be perfect, but we hope that it’ll help. Any legal advice should be verified by a German lawyer. The last changes were made on Sept. 30, 2014.

The e-book market in Germany is not as developed as the one in the US. Many (even younger!) people don’t like to read on digital devices. The iPad has made inroads, but mostly in the male/executive type of reader. It will come, and it will grow, but it’s nowhere near as far spread as it is in the US or UK; paperbacks are still more important.

As far as traditionally published books: Many romances are sold as flimsy paperbacks at newspaper shops and in supermarkets—not in bookstores at all. They are typically considered to be “trashy” novels, even though they sell in huge quantities, and are regarded with a bit of arrogance by other authors. These novels have to be rather short (40–50K max), so many translators get the job to cut the original novel to fit the smaller size. This might happen if you are accepted by the publishers who do this kind of distribution (e.g., Cora).

Plan on paying a good translator roughly $7,000 for a 90,000-word novel. (The price is determined by the number of words, about 7–9 cents per word). Spanish translation is cheaper, as it’s more widespread. The most expensive translations are Nordic languages (e.g., Finnish).

According to German law, even if the translator wanted to, she couldn’t grant you the translation copyright because it is an inalienable right. This means they can’t transfer the copyright to you. They can assign you all the basic rights that go along with it, but you can’t transfer copyright under German law. Click here for the Urheberrecht law; this is the provision on transferring copyright.

If you get a US lawyer who writes the contract as work-for-hire under US law, you will not have effected a valid transfer of the necessary rights to publish your work. You can’t say under German law, “I give the copyright to you,” but you can say, “I assign to you, for the rest of my life, the rights to do X, Y, Z, etc, and you agree not to sue me over moral rights.” So you can have almost the same effect as a transfer of copyright, but you don’t accomplish it in the same way as you would in the US.

Also, translators must be given “reasonable compensation.” There’s a timeline of the litigation history and a summary (in German) here. Or you can read the court case here.

Hire a German literary lawyer to look over your contract and tell you what you should do to protect yourself. Again, don’t talk to a US attorney—they don’t know German law, and any US attorney who advises you on a foreign transaction without recognizing that they need local counsel is not competent to handle an international IP conversation. Talk to a German lawyer. If you’re going to spend $10,000 or more on a translation, even multiple times to get a series going in German, then you should spend the extra $600 or $700 to get the peace of mind that you’re doing it right. Here’s one possible lawyer.

For authors who already have an existing translation in German but want to change it or want to re-do it from scratch:

To Find an English-to-German Translator

And these are some translators:

Laws and Pricing for German Books

There is a special law called “Buchpreisbindungsgesetz” (yes, the Germans love long words) that makes sure that all books in Germany have the same price at every retailer. This means that you cannot discount your e-book in German at Amazon if it’s offered at a higher price somewhere else. Therefore, you should set one price and stick to it. However, paperback and e-books do not have to be at the same price.

You can sell your novels at a higher price in Germany than in the US because Germans are used to books being more expensive. A German novel at 2.99 Euros might be considered to be too cheap by a consumer (unless they’re used to reading in English!).

Amazon in Europe is based in Luxembourg, where they pay the lowest taxes in all of Europe, 3% for books. The European sites of Amazon have to show the VAT of 3% already included in the sales price. This means that if you want to price your novel at 4.99 Euros, you have to enter a price of 4,84 Euros at your KDP dashboard for an e-book. The calculation is done like this:

German Book Titles: They Can Be Protected Under Copyright

In German law, the title of a book could be protected by copyright as well (the so-called “Titelschutz”). However, the law stipulates that in order for the copyright to apply, it would have to be a “sufficiently individual/outstanding” title. If it’s a more generic title, it can’t be protected.

Make sure you check the titles that exist in the German market—if you see the title by the dozen, you’re probably safe. If you don’t see it at all, you’re safe. If only one other novel has it, think about choosing another title.

It’s different if the title is registered as a brand (which would definitely make it a no-go), but this is rarely the case. To read more about this, check the Wikipedia page on Titelschutz.

Making Payments to People in Germany

Banking systems are very different in Europe. Typically, any bank in Europe will ask you for an IBAN. The IBAN is a long number that starts with the first two letters of your country (e.g., DE for Deutschland/Germany, then the number that identifies the bank, then your account number).

However, the IBAN is basically unknown in the US. If you have to pay someone in Germany, you need to use a foreign exchange system. PayPal takes a huge cut and is not a good solution. Try XE.com—they give the best exchange rate and charge a fee. They do take longer to deliver than some other solutions, but money-wise it’s the best.

E-books: Bookwire is a company that specializes in distributing to all e-book platforms. It costs 29 Euros per book. They speak English and are very professional. The contract is for two years to start with, and you can choose where you wish to be distributed.

Paperbacks: If you want to distribute print books (and you should!), then you can upload your manuscript to CreateSpace, just like you do with your English books. This will get you into all the Amazon stores in Europe with your German title.

You have to calculate 7% VAT, not 3%, when you set your European price. If you want your novel to be priced at 9.90 Euros (which is roughly the minimum if you don’t want to make a loss on extended distribution), then you have to set the price in your dashboard at 9.25 Euros.

However, so far, CreateSpace does not include any of the big German book distribution companies (mainly Libri). This means that a German bookstore can only order your books if they’re signed up with CreateSpace Direct or the other big US distributors (like Ingram or Baker & Taylor). Typically, German bookstores do not work with these distributors. Hopefully, Amazon will change this soon.

As an alternative, you can sign up your book with Books on Demand (BOD). This is a German company situated close to Hamburg. However, they are more expensive than Amazon, and you’ll end up with higher sales prices and less margin. However, BOD does offer full distribution to all German distributors. You can do a price test calculation for your book here.

BOD will ask for full exclusivity for your novel (either print or e-book—you can separate them) for a period of two years. CreateSpace doesn’t care if you distribute your novel elsewhere at the same time.

If you decide not to go indie after all: This is an internationally well-known agent situated close to Hannover. His name is Thomas Schlueck. You should let your agent contact him as he has the reputation of being somewhat unresponsive.

There are no writer’s conferences (meetings among peers) in Germany. If you want to meet German authors and possibly also some editors, or simply dip your toes into the European market, try the Women’s Fiction Festival that takes place every year in September in Matera in the South of Italy. It’s bilingual (English & Italian).

Authors Active in the German Market

Emily Bold, Tina Folsom, Courtney Milan, and Lisa Marie Rice (to name but a few) are all active and successful in Germany. The latter three have all given helpful input to help creating this document, particularly Courtney, when it came to payment and legal matters. A big thank you to them!

Note from Jane: My thanks to Beate for graciously giving me permission to run her post. Be sure to check out her cozy mystery series and romances at Amazon.

Beate Boeker has been a traditionally published author since 2008 with a passion for books that brim over with mischief and humor. Several of her novels were shortlisted for the Golden Quill Contest, the National Readers’ Choice Award, the Best Indie Books contest, and the RONE Award.

While “Boeker” means “books” in a German dialect, her first name Beate can be translated as “Happy”…and with a name that reads “Happy Books,” what else can she do but write novels with happy endings?

Check out the first book in her cozy mystery series, Delayed Death.