Today’s post is adapted from the new book Writing the Novella by Sharon Oard Warner.

The first sentence can’t be written until the final sentence is written. —Joyce Carol Oates

When I taught my first graduate fiction workshop in 1994 at the University of New Mexico, I did as my teachers had done: I distributed a calendar, students signed up, and we agreed on a plan for distributing short stories or chapters from novels-in-progress.

A Scandinavian woman in her early seventies got us started with the opening chapter of her novel-in-progress. It introduced an immigrant family embarking on an ocean voyage to America. I made my comments then invited others to offer their perspectives.

After students began speaking, I realized some of them were already acquainted—with each other as well as the chapter under discussion. Later, the author told me that she presented Chapter One each time she started a new workshop, both to familiarize class members with the story and because she had yet to work out the kinks in her opening pages. Her goal, she told me after class, was to publish at least this one novel in her lifetime.

I don’t know whether my student ever finished her book and saw it to print because she was a community member, not someone working toward a degree. But, all these years later, I recognize that my class was more likely a hindrance than a help to her. I say this because I know now that chapters are a different animal than stories. Whereas short stories stand alone, chapters depend for their meaning on what comes before and after.

Like stones in a wall, chapters are parts of something larger, so assessing them in isolation is at best a waste of time and at worst injurious to the work as a whole.

Remember that great Robert Frost poem “Mending Wall”? In it, Frost describes the yearly task of repairing the wall, which amounts to restacking stones that have been dislodged. Some are “loaves” and some are “balls” and getting them to fit together and stay in place is difficult.

We have to use a spell to make them balance:
‘Stay where you are until our backs are turned!’

It’s a balancing act, with boulders and with chapters, and we can only judge them after we put them in place and stand back to see whether the fit is a good one.

Because we are anxious and insecure, we tell ourselves that a better beginning will give us the momentum we need to reach the end. But it won’t. It doesn’t. In her book The Plot Whisperer: Secrets of Story Structure Any Writer Can Master, Martha Alderson lays out the four challenges writers face when they sit down to write. The first one she lists is procrastination. The fourth is “The Going-Back-to-the-Beginning Syndrome.”

Alderson cites various reasons (read rationalizations) that writers use for going back to the beginning instead of proceeding into the messy middle (also known as the rising action) or sneaking up on the end. It’s comforting to return to the beginning, the status quo, when things weren’t falling apart. It’s harder to enter your house when you know the people inside are unhappy—liable to lose their tempers and throw things. Some of us are conflict averse, and what we have to learn is that we aren’t just conflict averse in our real lives. We are also conflict averse in our fiction.

During the revision process of my first novel, my editor Carla Riccio made an interesting observation: Every time your characters get into an argument, one of them leaves the room. We were on the phone, and I burst out laughing because I recognized the problem immediately. Leaving is my first impulse in a situation I find uncomfortable: Hightail it. Make like a tree and leave. My husband the psychologist has nailed me on it countless times. Over the years, I have managed to better monitor and modify my behavior. That said, I had no idea the problem had followed me onto the page.

You probably recognize the term “fight or flight.” It refers to the physiological response we humans have to perceived threats, whether those be mastodons, marital muddles, or the messy middle of a manuscript. Regardless of the risk, some of us are more apt to fight than flee. Others, like me, want to run away, back to the safety of the beginning. Fleeing doesn’t solve anything. Don’t go back to the comfort of the beginning; stay in the messy middle and fight. (And let your characters duke it out, too.)

So, why doesn’t a better beginning give you the momentum you need to sprint to the finish line? The answer is simply that the beginning is speculative. It’s a guess. Writing a book-length fiction is a long journey into the unknown and even if you do all sorts of advance planning, you cannot foresee all the adventures you have ahead of you. (If you could, taking the trip would not be all that much fun, now would it?)

Last May, my husband and I went on a highly anticipated trip to London. We prepared in all the usual ways, and by the time we packed our bags, we had checked weather forecasts, consulted guidebooks, and picked the brains of better-traveled friends. My husband went the extra mile. He watched YouTube videos by Gen-Xers who have already managed to travel the world and are now sharing their top ten lists: Things to bring, things to see, things to avoid.

Writing the beginning of your novel or novella is akin to packing your suitcase for an expensive and lengthy trip to a far-away place. You haven’t been there yet, so you don’t know for sure what you’ll need. When you get back, when you unpack, you will know, for instance, that the hiking boots (or the high heels) were just extra weight. You never got a chance to hike. The umbrella did come in handy and so did the granola bars, though you ate those in your hotel bed and not on a path along the white cliffs of Dover. The best-laid plans. The best-laid plans. Chant it to yourself whenever you imagine that repacking your suitcase is somehow going to make a difference in a trip you haven’t yet taken.

If I could retrieve the many hours I spent rewriting the first chapter of my first novel, days, weeks, even months would be mine again. At this point in my writing life, I could and would use the time more profitably. Don’t get me wrong: I am all in favor of revision, both large-scale and small-scale revision. I’m also in favor of editing and proofreading. But the occasion for revising the first chapter is after you have written the last one.

Given what I’ve just admitted, it won’t surprise you to learn that the precious, carefully crafted first chapter of my first novel never reached print. My editor waited until the book was about to go to press before advising me to write a completely new first chapter. Having revised the whole book seven times and the first chapter dozens of times, I threw it away and very quickly wrote something entirely new and much better. It stands to reason. All these years later, I knew the story—and the characters. I also knew precisely how the novel ended and, therefore, at long last, how it began.

Note from Jane: if you enjoyed this post, check out Sharon’s new book Writing the Novella.

Sharon Oard Warner is the author of two novels, a short story collection, an edited anthology of stories on AIDS, and the craft book Writing the Novella (University of New Mexico Press). Warner’s essays and articles have appeared in The AWP Chronicle, The Writer, Writer’s Digest, Studies in Short Fiction, Studies in the Novel and others. From 1999–2016, she founded and directed the Taos Summer Writers’ Conference, one of the largest such gatherings in the country. In recent years, she has been studying and writing feature-length screenplays. Warner is Professor Emerita of English Language & Literature at the University of New Mexico and Co-Chair for the D. H. Lawrence Ranch Initiatives. 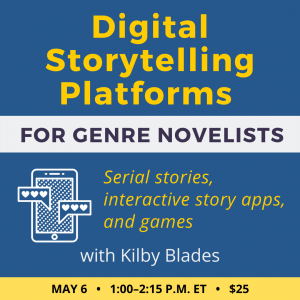