One of the first marketing tasks given to authors by agents, publishers, and publicists is: Start an official Facebook page.

So far, I have not done this for myself. Instead, I use my Facebook profile with the “following” function turned on. That means I have private friends, but also public followers.

I want to discuss the pros and cons of this choice, but first I’ll describe the history of my experience and how I ended up in this situation to begin with. (Scroll down to the pros and cons if you’re impatient.)

I joined Facebook in 2006. At first, I only friended people I knew well and had met in person—and I rarely received requests from strangers. These were the days (hard to imagine now) when few people used the site.

As I started speaking and meeting writers at conferences, and especially once I started blogging, I tentatively started friending people I had virtual relationships with, but had not met. It felt a little dirty, because at that time, Facebook used to ask for confirmation on how you knew someone, and if you couldn’t verify it, you received an informal reprimand.

Then I noticed that some of my colleagues with even more liberal friend policies had engaged communities of people around them, and valuable discussions were happening in the comments. So I decided to open the door to anyone who asked. (At this point in the game, Facebook didn’t offer a way for people to “follow” you.)

My Facebook use has been fairly conservative when it comes to the private details of my life. Probably the most personal things I share are travel photos and cat pics. 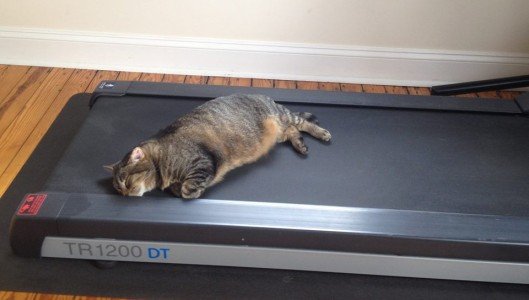 So it wasn’t a big deal to me to open things up to anyone who wanted to be my friend, and I felt safe doing so, as I had no other privacy concerns or considerations. (This is important to note, because, well, some people do!)

Every time I accepted a friend request, I tagged that person as part of a particular list or group. I had one group that was basically for people I didn’t know, but I assumed knew me from Writer’s Digest.

I started posting about content at my blog, and answering people’s questions about writing and publishing. My use was so consistently related to my work that a friend remarked I was the only person he knew whose Facebook profile was used for professional purposes, and that the last time he checked my profile, a window popped up to accept his credit card. (Ouch.)

Back then, as today, personal profiles max out at 5,000 friends. My reasoning was that I was nowhere near the limit, and until I had a book or a product, it really didn’t make sense for me to manage two distinct presences on Facebook if they would be posting essentially the same thing.

After two years, I was approaching 4,000 friends, and I began reflecting on my growing discomfort with that number, and my lack of control. I was receiving way too many requests (games, messages, events), and I had to mute most of my new friends because I wasn’t seeing anything from my actual friends.

But I had a difficult decision to make. To unfriend people was going to create ill will—but would it be a more honest reflection of the actual relationship? I also believed a friends number in the hundreds would strongly suggest that people should subscribe, not friend, unless they knew me.

I’m still not confident it was the right solution, but I unfriended more than 3,000 people over two days; those people were automatically turned into subscribers by Facebook (although not counted officially in my public Subscriber number).

I’ve stuck with a conservative friending policy, although the large majority of my Facebook posts are public and related to the writing and publishing community. My following is now 6,500+. 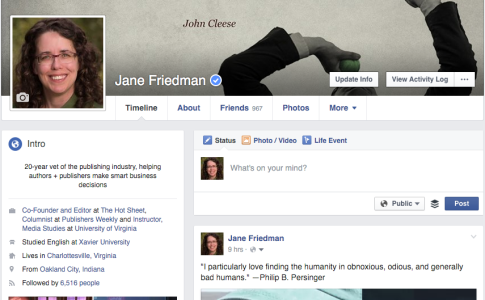 A word about the risks of using a personal profile professionally

You’ll find all kinds of warnings about using a personal profile for anything remotely related to business—some say it will get you kicked off Facebook. So I expect the comments of this post to include at least one warning or two from someone who had their personal profile shut down because they ran afoul of Facebook’s Terms of Service.

If you actually read my long history of using Facebook, then you can see it’s obvious I use Facebook for soft forms of marketing without getting kicked off. Even Mark Zuckerberg himself doesn’t have a fan page; he has a public profile with the following turned on, like I do. This use isn’t uncommon among public figures.

Still, though, there might be a risk if the following describes you:

Making the Right Decision for You

So, how do you decide what to do? Here are the 5 biggest considerations.

If you succeed at getting friends and followers on your profile, but later decide you need the functionality of a business page, Facebook allows you to convert your profile to an official page. I may do this myself in the future. (However, as Chris Syme points out in the comments of this post, it will involve some level of sacrifice—for starters, you lose all your past posts.)

A final note: It can be very difficult to get likes for an official Facebook page if you’re not already active online. You must promote your Facebook activity on your website, email newsletter, other social media networks, at events, and anywhere else you can think of. You may even end up buying Facebook ads to get the ball rolling. If that sounds daunting, then you might not be ready for an official page quite yet.

I’d love to hear about your Facebook experiences in the comments, especially if you use a personal profile with the following turned on. How’s it going?