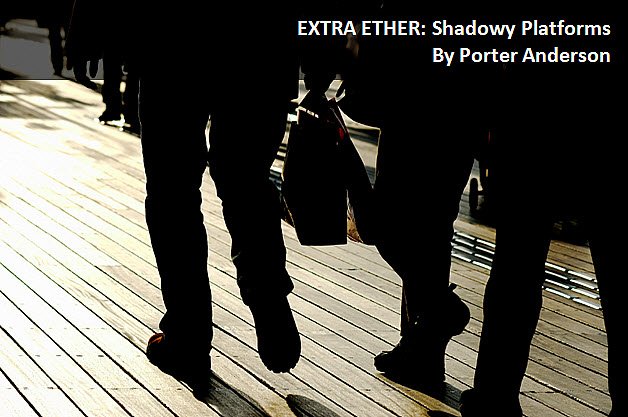 I’m convinced that epublishing is another tech bubble, and that it will burst within the next 18 months.

Oh, good. Another happy face in the digital dance.

The reason is this: epublishing is inextricably tied to the structures of social media marketing and the myth that social media functions as a way of selling products. It doesn’t, and we’re just starting to get the true stats on that.

A grain of salt is advised: This is, after all, author Ewan Morrison, a rollicking good iconoclast who likes to worry the winsome and jangle the jaded at such events as the upcoming Edinburgh World Writers’ Conference in August.

As recently as February, the Ether wrapped its gaseous skepticism around Master Morrison’s pronouncements.

And his next book is Close Your Eyes, coming in September. Oh, goodness gracious, look at this, it’s coming in a Kindle version. Well, well, it appears that Morrison hasn’t yet given up all hope on what he calls epublishing, bless his heart.

One imagines he’ll just want to sell those ebooks very quickly, since he’s expecting it all to come apart:

When social media marketing collapses it will destroy the platform that the dream of a self-epublishing industry was based upon. 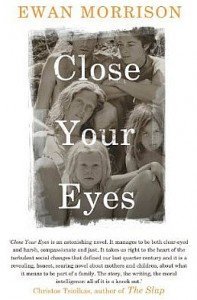 Nevertheless, as quickly as we may want to dismiss Morrison as simply warming up his pipes for next month, his piece in the Guardian, Why social media isn’t the magic bullet for self-epublished authors, comes quickly after a weekend in which many at Writer Unboxed engaged in a lively debate about the contemporary author’s struggle to balance writing (of, say, a book) with platforming (to, say, sell the thing).

Might not an author, we debated, fall into emphasizing platforming over writing, thus slipping into a “shadow career” instead of what she had intended?

The shadow career is such a danger, particularly if you’re writing whole books. The short-term feedback hits are so appealing if you’re working on a project that’s going to take you a year or more before you get anything back.

Morrison invokes our current Writing on the Ether sponsor, J.F. Penn, author of Prophecy, for her prominent position in the UK as a platforming author:

As Joanna Penn says: “In a world with lots of talent, success requires more than simply being great.” She advocates, “more effective networking, of course!” Self-styled eSpecialists such as Penn often invoke the 80/20 rule which advises that, as a sales person (in this case an author), you should spend 20% of your time writing and 80% of your time networking through social media.

For her part, Penn has communicated to me that she feels “the Guardian piece wasn’t exactly complimentary, or indeed entirely true, so I’m not promoting the article.” 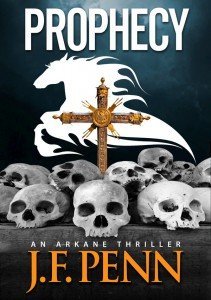 It’s just as well, really, that nobody at Writer Unboxed pulled out an 80%-20% formula. Some of our respondents seemed 100-percent anxious without such a prompt.

Our comment-exchanges were based in serious concerns about how to be both a productive, focused author and an adequately platforming promoter of one’s work. Therese Walsh and Kathleen Bolton’s Writer Unboxed has an especially articulate, engaged readership, with Vaughn Roycroft leading its community effort. There were no disappointments in the comments department this weekend.

Yep, and here I am, reading delicious, enticing blog posts instead of writing. It’s called procrastination in my world. The idea beckons, the editing awaits, but I’d rather not . . . Shadow lives and shadow worlds and shadow works.

In my monthly contribution to Writer Unboxed, I had started with Steven Pressfield’s new book Turning Pro: Tap Your Inner Power and Create Your Life’s Work.

I isolated Pressfield’s concept of the “shadow career,” a Resistance-driven, denial-fueled near-miss that has a person doing a lot about a prized worklife, but not achieving the goal because he or she isn’t doing the work.

Here’s Pressfield in one of his clearest examples of this:

Are you getting your Ph.D. in Elizabethan studies because you’re afraid to write the tragedies and comedies that you know you have inside you?

I then cast this concept in terms of the ongoing debate in the writing community about platforming. My question:

“What if your author platform becomes your shadow career?”

I am going to have to think about this because the idea of a shadow career resonated with me so much. I’m afraid that’s what I’m doing, not just with my platforming, but my job, too. Doing “almost” what I want to do, but not really. Saving only a little time for what is I’m supposed to be doing.

In the ensuing comment-conversation — which I hope you can find some time to look over — you hear several themes:

I’ve been struggling with feeling guilty about NOT wanting to ‘build platform’ and focusing on the writing. How crazy is that? It kind of reminds me of the self esteem movement in the 90′s, where we couldn’t let kids experience failure or risk wounding their tender egos. When in fact, all we ended up doing was divorcing the outcome from the work.

THIS. It worries me. "What if yr author platform becomes yr shadow career?" http://t.co/K0ZMpeV6 | @Porter_Anderson

I note that by comparison to the Writer Unboxed readership, Morrison seems to spend little time on platforming as community-building. His emphasis is on the apparent logic of marketing online material (ebooks, as it were) in an online setting (a platform with, at least, online components). By contrast, the Writer Unboxed respondents seem to agree that readership cultivation is the goal of good platforming. If anything, many seem to blame themselves for not working out a formula to make it all work.

I have thought a lot about the amount of time I am spending on my blog relative to writing fiction. There is a real imbalance I need to address. My word count is way down and I know many writers are struggling with this balance.

But if anyone can undermine a basic confidence in the concept of the platforming author, it’s  Morrison at the Guardian, who directs us back to the story by Alison Flood in May, reporting a survey’s findings of “less than 10% of self-publishing authors earning about 75% of the reported revenue and half of writers earning less than $500.”

Yes. I was lost there for a while. What’s worse, I started to feel I wasn’t very good at it, and so not only was I wasting time that might have been spent writing, I started to think there was no point. If I couldn’t craft a tweet that anyone would care to read, what business did I have writing a book?

Building Author’s Platform in a Variety of Places http://t.co/S4RwlZri

There are, it should be pointed out, some authors hay-riding the platform bandwagon very happily:

Writing and platform are inseparable. They have to be. And I think every writer needs to sort that out herself.

There also are enough questions, enough qualms about the efficacy of the author-platform idea itself, that Morrison can look forward to an attentive hearing in Edinburgh — and our authors aren’t likely to let this topic rest for some time to come. As Morrison, fond of coming up with those percentages, you know, asks:

Calculate your investment of time and money in writing versus social media.  Do you want to spend 80% of 80% (sic?) of your time Facebooking about cats in the hope that you’ll make a 2.12% increase in sales on a book you had to write in 18 days?

How well do you think authors are handling the challenge of promotion in the digital disruption? How real is the danger of platforming becoming a “shadow career” that sidelines the creative work of writing books? And is Morrison simply rabble-rousing? Or has too much emphasis been placed on the arrival of the epublishing/self-promoting author?

A quick update: Our good colleague in Ireland, Eoin Purcell, has written a comment on Ewan Morrison’s original post at the Guardian. It’s well worth your attention.

I just posted a comment in reply to @MrEwanMorrison over on the guardian http://t.co/54r6fAmB I think it maybe time for sleep now!