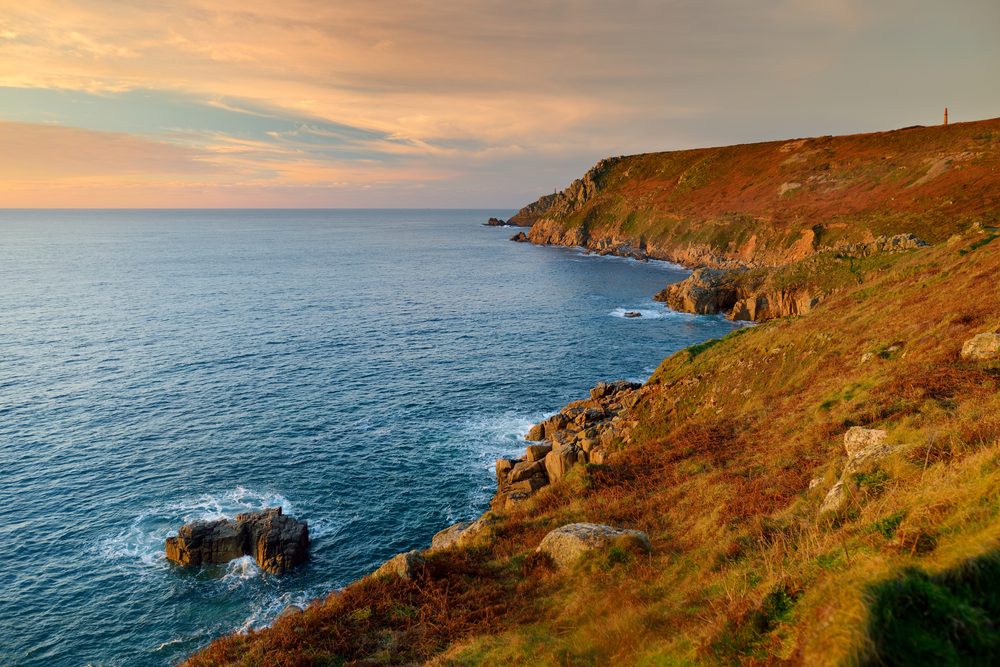 Easter sat on the clifftop looking out over the bright sea. There was a steady onshore breeze blowing, stinging her eyes and tossing her hair out behind her. She refused to bind her hair, as her mother bid her do, for the eyes of the young men followed the hair as it bounced and swayed and danced. The eyes of the young men were a novelty and a delight. Not so long ago a child’s smock had hung from narrow shoulders straight downward to the ground. But now a woman’s dress flowed over curves like the tide flowing over smooth stones. The eyes of the young men followed the curves. They hung around her like seagulls hanging on the wind, eyes hungry for something beneath the surface of the wave.

Nor was she shy about looking at the young men. In the autumn, when the harvest had called every able body, man, woman, child, noble, free, and slave, into the fields from dawn till dusk, she had gloried in their broad backs, the flow of their muscles under the skin, the salt sweat of their tanned faces. And in the quiet of the evenings, she had found herself delighting in the thought of lying beside this one or that in the soft new-cut grass, and of the rasp of a calloused hand upon soft flesh.

She was not for them, of course. She was a thegn’s daughter, and promised long since to an ealdorman’s son. Their eyes had no right to follow as they did. Her thoughts had no right to stray to hard hands or soft grass.

She was herself the product of a harvest tryst, as she had learned the year before, when her mother, Edith, a little wistful and a little tipsy, in the glow of a winter fire, had told how the daughter of a Welisc slave had become the wife of an Anglish thegn. Her mother’s tale had, for a while, made a pile of straw beneath of dome of stars seem a richer bed than any hall or villa could provide. But the tale had ended with a moral. Had her father not chosen to take her mother to wife, he had only to place a few shillings in a freeman’s pocket to marry Edith and raise the thegn’s child as his own. That would have settled that matter, and Edith would have lost nothing. But there was no such option for a thegn’s daughter, particularly one who had been promised from birth to the son of a greater lord. From where she sat, she could only fall. And so Easter had not lain in straw beneath the stars, not tasted salt sweat or a warm mouth, not felt hard hands gentle on her softness. She had lain, as she always did, at home in the hall in the bed she shared with her sisters.

In Glengarry Glen Ross, David Mamet’s drama about a group of desperate real estate salesmen, there’s a scene in which an aggressive head-honcho from headquarters (Alex Baldwin in the movie version) arrives to remind them of the most important imperative of real estate sales, the “ABC rule”: “Always Be Closing.”

I share a similar injunction with my writing students: Always be writing scene, with the understanding that a scene includes not just the basic elements of drama—action, dialogue, and setting—but descriptions, exposition, flashbacks, and any other contextual matter that helps us to understand and appreciate the scene in question. If “show, don’t tell” isn’t always good advice, it’s because it ignores the fact that more often than not telling and showing go hand in hand. They need each other.

Sometimes, though, showing may be at odds with telling, and vice-versa, as on this first page, one that—however beautifully written—raises the question: When is a scene really a scene, and when is it just an expedient for exposition?

The scene: a woman (“Easter”) sits at the top of a cliff overlooking the sea, the wind tossing her hair behind her. The exposition occasioned by the scene: how for years Easter’s hair has been an object of fascination among the local “young men,” and how, as she has matured, to the presumed consternation of her mother who consistently “bid her” to wear it bound, she has become an object of sexual intrigue and conjecture.

The image of Easter sitting on that wind-swept cliff in her “woman’s dress [that flows] over [her] curves like the tide flowing over smooth stones” is powerfully evoked and no less alluring than her hair to those young men. But no sooner is it evoked than we leave her sitting there on that cliff to be taken to a vague location where “[t]he eyes of the young men [follow those] curves.” Or are the young men actually watching her from a distance as she sits on that cliff, as suggested by their eyes being likened to the seagulls “hanging on the wind”? Though it’s possible, I doubt it. To me the scene finds the protagonist distinctly alone, out of sight of those probing eyes.

Which raises the question: does this clifftop scene, this action of a woman sitting alone on a cliff, furnish the best opportunity for the exposition about the young men and their probing eyes? Does that exposition arise organically from the scene, or is the scene merely an excuse for it? While it’s entirely possible to imagine those young men’s eyes forming part of Easter’s experience as she sits there, either because she’s aware of them watching her at the moment, or because she’s aware of having escaped them, neither of those motives would seem to apply here. The wind tossing her hair: that’s the one thing that connects the cliffside scene to the exposition about those young men and their eyes, but it’s a tenuous connection. From there we proceed to the young men’s broad backs as they work the fields during the autumn harvest, and quiet evenings during which Easter contemplates “the rasp of a calloused hand” upon her “soft flesh.” From there we go on to some exquisitely written exposition concerning Easter’s birth and lineage: “She was herself the product of a harvest tryst”.

All this vivid exposition comes at a price: it leaves the scene of the girl sitting on that cliff in the dust. By the end of the page we’ve all but forgotten it. No wonder, since the author, too, seems to have forgotten all about it.

But was it ever really a scene to begin with? Where a true scene might occasion exposition that furthers and deepens our understanding of and involvement in it, in this case the author has given us a “pseudo-scene” the purpose of which is merely to provide a tenuous occasion for the rich exposition it gives rise to. No sooner did we engage the scene than we, along with the author, bailed out of it.

I see two solutions: either dispense with the pseudo-scene and launch us directly into exposition setting up a genuine scene, or make the cliffside scene a genuine one, an active here-and-now scene in which the exposition about the young men and their eyes is interspersed and out of which it springs organically and urgently, motivated either by Easter’s having momentarily evaded them, or by her gratified if guarded awareness that they are nearby, watching her as she sits on that cliff.