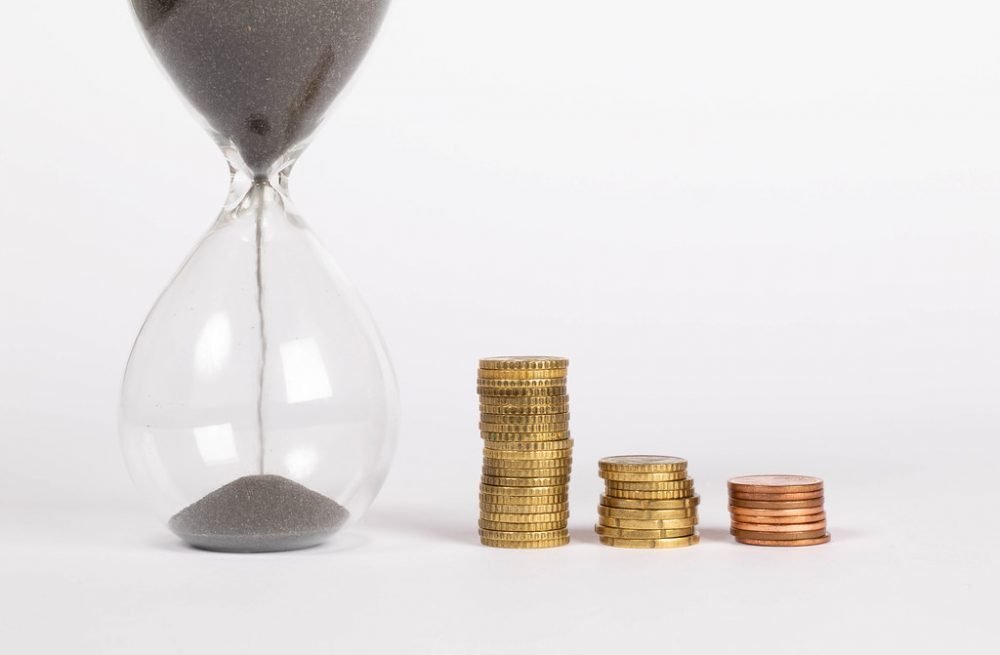 Today’s guest post is an excerpt from The Subversive Copy Editor: Advice from Chicago, Second Edition by Carol Saller (@SubvCopyEd), newly available as an audiobook.

In a blog post listing the best jobs for people with obsessive compulsive personality disorder, people with OCPD are described as “workaholics”:

People with OCPD prefer working in a highly controlled environment, with rigid adherence to rules and regulations without any exceptions. This makes them ideally suited for jobs that require perfection, conscientiousness, and attention to detail, but misfits for jobs that require spontaneity, imagination, flexibility, or teamwork.

One freelancer I asked to do light editing returned a manuscript dripping with red, confessing that he “couldn’t help it.” The next time I hired him, he did it again. Both times, when sending his invoice, he mentioned that he had actually worked quite a few more hours than he was billing me for, and both times I felt that it was obvious why, so I didn’t encourage him to bill for the whole amount. Not only was it awkward wondering whether he felt I was taking advantage of him, but I noticed on the second project that while he had been fiddling with all that rewriting, he had actually missed a few typos and misspellings.

Another editor, a colleague, admitted to me that before she learned how to change all the underlining in a document to italics, she highlighted each one and changed it by hand. She knew it wasn’t necessary—that the typesetter would do it—but she did it anyway.

Copy editors have a propensity for meticulousness and perfectionism, traits that are important to us, and which in fact draw us to careers in editing in the first place. The problem is that there’s no end to the amount of fussing you can do with a document, whereas there’s a limit to the amount of money someone will pay you to do it. At some point it has to be good enough, and you have to stop.

It’s common for an editing project to be assigned an estimated number of hours. At The University of Chicago Press, we have various formulas for estimating, but we’re aware that they’re rough guides. It’s difficult to guess what kinds of issues might slow the editing until we’re well into the work. Regardless, experienced editors know that there are two kinds of projects:

(1) the kind that deserves no more than the estimated number of hours, and

(2) the kind that takes however long it takes.

The problem is, how do you know which kind you’re doing, and if it’s type 1, how do you “work to rule”?

If you are a freelancer and you’re offered a flat fee for a project, you can assume that the estimated number of hours is what you’re expected to give it, and not much more. If you’re being paid by the hour, it’s usually easy enough to get a sense of a project’s importance by asking the assigning editor. (“If I find that it’s taking longer than estimated, is that okay?”) Not that you’ll get him to say that the job is low priority and the document doesn’t need to be perfect. Rather, he will stress its importance if it’s the kind of project that he’s willing to invest more resources in. He might admit that the estimate was a rough one. He will always want to know if you run into difficulties with a project, but in some instances he’ll be quicker to advise ignoring a time-consuming problem.

Working to a specified number of hours is a skill that develops with experience. When you start a project, divide the total number of estimated project hours by the number of working days before the deadline. This will tell you how many hours a day you are expected to put in. If you can’t manage that many hours per day, perhaps because you are dividing your days among multiple projects, let the assigning editor know right away that the schedule isn’t going to work for you. (And if you’re a newbie, be conservative in guessing how many hours you’ll last before falling face-first into the monitor—it might surprise you that few people can sit and edit eight hours a day.)

Monitor your progress. After a few days, if you’re on or ahead of target, fine. But if you’re taking too long, make some adjustments. Figure out what’s slowing you down and how you can economize. You might decide to live with a style that isn’t perfectly in line with yours, if it’s logical and consistent. (This might involve undoing some editing you’ve already done.) If you’ve been straying from spell-checking into fact-checking, dial it back. Sometimes checking facts is part of the job, but often we do it merely because we can’t resist. Resist. If you’ve been writing long-winded queries or taking detailed style notes, try to labor less over them. If you’ve been going online to check the author’s citations or find missing information, stop doing her job. Query instead. Many editors take over authorial tasks to an unreasonable extent. When one of my colleagues finds a surfeit of mistakes in proofs and realizes that the author has done a slapdash job or not actually proofread at all, she tells herself, “You can’t care more about the book than the writer does,” and stops herself from reading the proofs herself.

Non-editing tasks can also be big time-suckers. If you’re juggling several projects at different stages of production, re-examine your habits and procedures to see where you can trim.

You might reasonably worry that making adjustments will entail lowering your standards. But let’s not be silly. Some of our “standards” are just time-consuming habits that don’t really make a difference to the reader. Letting go of them gives us time for more important tasks—and if working for our employers means working to a schedule, working for the reader means using the time we have in the best ways possible. So prepare yourself for the only extended use of italics for emphasis in this book: The document does not have to be perfect.

So how subversive is that? Not very. The document does not have to be perfect because perfect is rarely possible. There’s no Platonic ideal for that document, one “correct” way for it to turn out, one perfect version hidden in the block of marble that it’s your job to discover by endless chipping away. It simply has to be the best you can make it in the time you’re given, free of obvious gaffes, rid of every error you can spot, rendered consistent in every way that the reader needs in order to understand and appreciate, and as close to your chosen style as is practical.

Handling Stress Before It Escalates

If you’re freaking out over the amount of work you have or deadlines that are piling up or a temporary inability to concentrate because of distractions in your personal life, identify the problem and do something about it. If it’s a persistent problem, examine your habits and resolve to make some changes.

If it’s something more particular and immediate, you might have to ask for help in managing your work.

The solution might be to put in some extra hours. Or see a therapist, or get more sleep, or talk to a friend, or watch a funny movie. (My friend Sarah puts on the soundtrack of Chitty Chitty Bang Bang.) The important thing is to find a way to shine some light on the end of the tunnel. 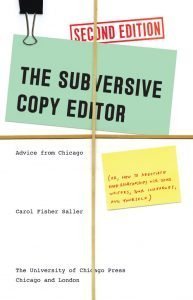 Put briefly, the way to bring your best to any job is to have a life away from the job. If you bring your best to your work knowing that the manuscript is not your life, you’ll understand why one former colleague and mentor was not lowering her standards or abandoning responsibility when she used to counsel us: “Remember—it’s only a book.”

A good place to get an idea of current copyediting rates is at the Rates page at the Editorial Freelancers Association. The Subversive Copy Editor: Advice from Chicago, Second Edition also offers information on how to set your rates.

Her books include The Subversive Copy Editor as well as several books for children, most recently the young adult novel Eddie’s War.

I just offer a per-word rate. That’s fair for all parties. And the rate depends on a sample edit, which I offer free. I send the potential client the sample (which I glean myself from the full manuscript to be sure I’m not sampling only from a pre-edited piece) and offer a rate of 1 – 2.5 cents per word depending on how rough the writing is.

Yes, that’s a good system, especially for individual writer clients. An assigning editor at a publishing house might not want to take time for a sample edit stage, however, unless that’s the way they audition new copyeditors.

Such brilliant advice! I’ve read _The Subversive Copy Editor_ and it’s good to be reminded of the wisdom therein. My problem is definitely doing too much of the author’s work. If I can see that there’s a problem with a reference or a fact, it often feels just as quick to correct it myself as to write a query. But it can’t be, because I usually work more hours than I’m getting paid for. Somehow I never seem to learn this lesson…

This is so timely! I’m in the midst of a large copy editing job that I bid as a fixed-price project. I’m finding myself doing some of the things you cautioned against–like fact checking and style-obsessing. This is a good reminder for me to stick to the quoted tasks.

When I was new to copyediting, I thought it was my job to fix everything. Working with individual authors showed me the extremes of skill on either end of the scale, and I realized I’d never make a decent rate unless I set certain parameters and didn’t take every job out of desperation. I’m willing to do what it takes to get a manuscript in decent shape, but I’m clear about what needs done and how much it’s going to cost if I go above and beyond to improve the things that should have been done already by the author.… Read more »

[…] Copyediting Jobs: How to Estimate Hours and Pricing […]