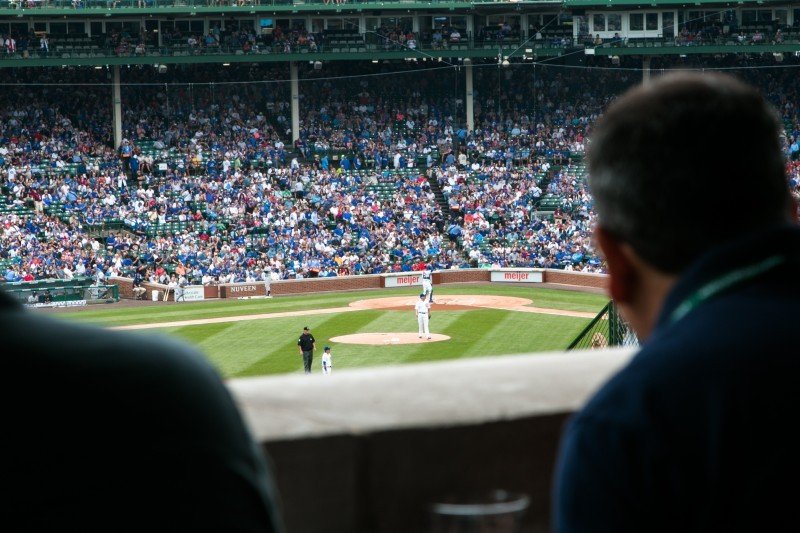 Shoulder resting gently against shoulder, they nestled on a supple leather sofa, Barry absorbed in the sixth game of the World Series, Sheena enjoying the only baseball she watched all year. At each highlight, a key pitch, hit or catch, he offered commentary, she smiled and sipped a white wine.

“Play ball!” the umpire signaled the start of the fifth inning and Barry crossed fingers for his Orioles. Facing them on a 75-inch flat panel, the Braves pitcher gripped a ball hidden in his glove, peered out at the couple and nodded.

The view from the centerfield camera jumped onto the screen and now Sheena and Barry were behind the pitcher, looking past his red “37” at the nervous hitter flexing his bat while the umpire crouched and the catcher raised his mitt to the inside of the plate. The pitcher wound up and fired a fastball and flinched at the crack of the bat blasting a blur over his head through the top of the TV. The image reversed again to capture the shortstop’s skyward grimace and bring into focus the ball sailing far above the left fielder before arching down to clip the foul pole and carom fair into the fourth row of dismayed fans.

The picture switched back to the hitter almost to first base, slowing to a trot and thrusting up his fist in joy, then cut to a close up of the pitcher’s face, bent down to study the cloud of dust he had just kicked up on the mound.

“Looks like we’ll be tasting victory champagne, Sheena.” He tilted his face to hers, his styled gray hair grazing honey blonde tresses a generation younger. “We’re going to win this. The Braves are cooling down and the O’s are getting hot.”

“Hope you’re right.”  Sheer pink fingernails brushed a tuft of golden bangs away from an eye.

Reading this first page, without the help of a tersely lurid title (Dead Cold, Sweet Death, Blood Secrets, Dark Waters …) and one of those covers, you know the kind, with raised metallic 200-point gothic type superimposed over silhouetted figures casting ponderous shadows, you might never guess that it’s the opening of a legal or crime thriller, but it is. So we can be fairly sure if not absolutely certain that something extremely unpleasant and of a criminal nature will befall this romantic pair of baseball watchers.

Still, this opening generates too little interest in its romantically involved characters, who, though of different ages, with her “honey blonde tresses … a generation younger [than his gray hair]”, are otherwise not developed. As for the baseball game, World Series or not, and however deeply invested these lovers may be in it, in itself the game holds no interest for this reader.

Though he didn’t invent it, for the role played by baseball in this opening scene, director Alfred Hitchcock, the Master of Suspense, popularized the term “MacGuffin” or “McGuffin,” meaning (according to the dictionary) “an object or device in a movie or a book that serves as a trigger for the plot”—or, as Hitchcock put it less charitably, “The thing that the characters … care deeply about … and for which the audience does not give a damn.”

Though rendered in great detail, the baseball game here exists mainly to establish this couple’s interest in the game along with Barry’s betting habit, the routine against which an extraordinary event will soon play itself out with (presumably) deadly results, launching the criminal or legal proceedings that will drive this novel’s plot through several hundred pages.

As I’ve said elsewhere, routine is important. Without routine the extraordinary events that make for a plot have nothing to work against or to set them into relief. I’m reminded of that passage at the opening of the most famous of crime thrillers, Truman Capote’s In Cold Blood, in which he establishes the story’s setting: Holcomb, Kansas, the small Midwestern town where Herb Clutter lived with his family, and where their gristly murders would occur:

Until one morning in mid-November of 1959, few Americans—in fact, few Kansans—had ever heard of Holcomb. Like the waters of the river, like the motorists on the highway, and like the yellow trains streaking down the Santa Fe tracks, drama, in the shape of exceptional happenings, had never stopped there.

The trouble with routine is that it can’t be dramatized, nor should we bother trying. When we do, the best we can hope for is dramatized routine—a contradiction in terms, routine and drama having about the same relationship as water and oil. However much action, dialogue, or loving description we pump into the corpse of routine, however heroically we try to resuscitate it with artful similes, breathless adjectives and adverbs, and other linguistic adornments, the result will most likely still be dead on arrival.

Most likely, that is, unless while establishing routine we’re also doing something else: evoking character. As I’ve also said before: if something we write evokes character, we should probably keep it. If it doesn’t, we do well to question it.

In the given opening, though it establishes Barry’s gambling habit (which may or may not play a role in what’s forthcoming), otherwise watching him and Sheena watch a baseball game tells us little if anything about them. But it could if the perspective were altered. Were the scene written from a close third-person subjective viewpoint, one that immersed us—however briefly—into one or both of the characters’ sensibilities, through their individual perceptions of and responses to the game we’d know them as individuals, as people. Do Barry’s big-win dreams feature palm trees and infinity pools? Does Sheena wonder if he’s getting himself in over his head? We would therefore care about them, and therefore care that something (we intuit) bad is going to happen to them, and therefore feel not boredom, but suspense.

Instead, the author uses a point-of-view strategy that curiously puts us and the watching couple into the baseball game—or rather into the television screen in which the baseball game is taking place. It’s a compelling strategy, but one that gives us no access into the characters’ interiors, and that makes the ball game, the McGuffin, the very thing we don’t care about, its subject.

Something else that wouldn’t hurt this opening: a topic sentence that makes clear what we’re getting ourselves into: a story not about baseball or a pair of baseball-loving lovebirds, but of crime and punishment. How differently we’d read the same opening if it started thus:

They died in the third inning with bases loaded.

Even on the night she died, Rose Shepherd couldn’t sleep. By the early hours of the morning, her bed was like a battleground—hot, violent, chaotic. Beneath her, the sheet was twisted into painful knots, the pillow hard and unyielding. Lack of sleep made her head ache, and her body had grown stiff with discomfort.

Pat and Clyde were murdered on pot roast night. The doorbell rang just as Pat was setting the butter and margarine (Clyde was watching his cholesterol) on the table. She was thinking about James Dean. Pat had loved him desperately as a teenager, seen his movies dozens of times, written his name across her notebooks, carefully taped pictures of him to the inside of her locker so that she would have the pleasure of seeing his tortured, sullen face from East of Eden as she exchanged her French and English textbooks for science and math. …

Note how in both cases from the throat-grabbing opening sentence each author goes on—not to establish routine—but to evoke character. The author of our first page has a chance to do both.