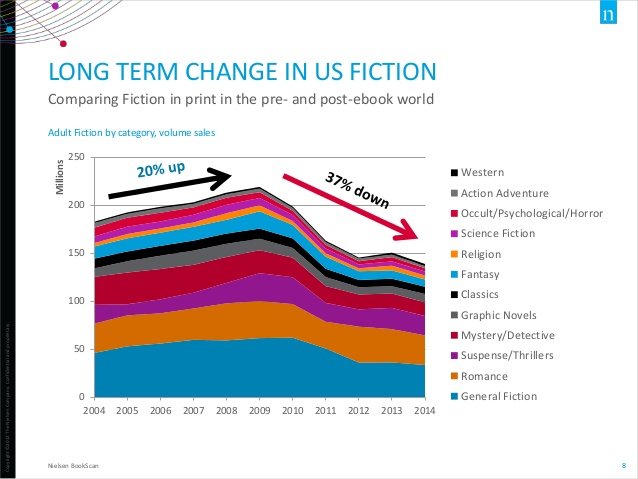 On the final day of Digital Book World, one of the most tweetable sessions (aside from the Godin talk) was the Nielsen presentation on long-term changes in the print and ebook market by Jonathan Nowell.

The slide pack from Nielsen is full of fascinating data—go take a look.

Marketing guru Seth Godin has a background in publishing, and occasionally runs publishing experiments. He was invited to give a brief keynote talk at Digital Book World, followed by a discussion with Michael Cader of Publishers Lunch. Here are some of my favorite points.