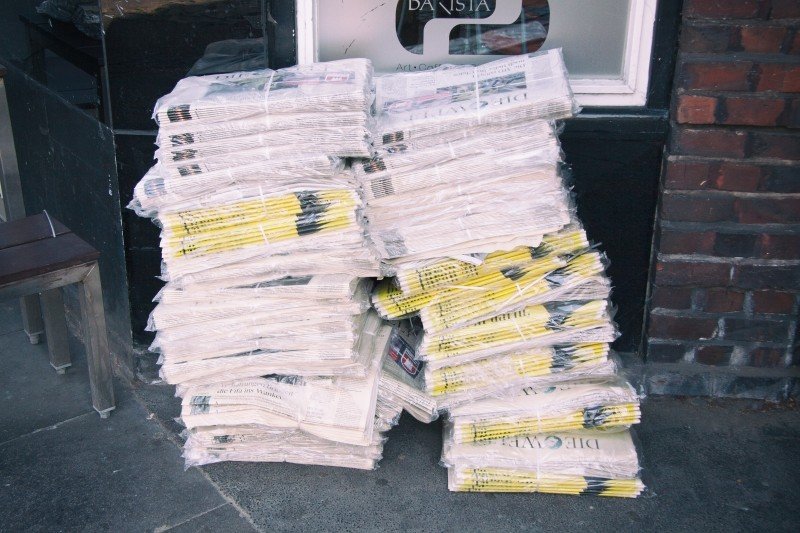 Over the last month, there have been a couple publishing stories receiving wide play across mainstream news sites such as The Guardian, Vox, Huffington Post, and others. While such outlets may be respectable and have the ability to get most stories right, in the publishing industry, two problems often come into play:

Publications with business models that predominantly rely (or did rely) on print also have the “nostalgia” problem—where they’re particularly prone to latch on to any story that indicates a possible resurgence of print or decline of digital. (I’ve addressed this problem before.)

Here are the latest stories that are causing confusion—and sometimes moral panic—where it’s not deserved. (Note that the following material is adapted from The Hot Sheet, the subscription email newsletter I run with journalist Porter Anderson.)

A lawn-mower vendor or a light bulb manufacturer could have told you this was probably coming. In every part of Amazon’s far-flung retail operation, third-party vendors “compete with Amazon”—that’s Amazon’s own language—to be the default sellers of items in a product’s buy box—the box that contains the purchase button and indicates the seller and purchase price.

This wasn’t the case for non-used books, however, until earlier this spring, when Amazon introduced this same capacity for third-party vendors to be made the seller in the buy box of new books. This change has kicked up a firestorm of complaint in the publishing community.

Let’s start with Amazon’s statement to the press on this: “We have listed and sold books, both new and used, from third-party sellers for many years. The recent changes allow sellers of new books to be the ‘featured offer’ on a book’s detail page, which means that our bookstore now works like the rest of Amazon, where third-party sellers compete with Amazon for the sale of new items. Only offers for new books are eligible to be featured.”

At the heart of the matter for publishing people is the question of “new.” If that book is in fact new, then it will have been bought from the publisher (or an official wholesaler/distributor) by the third-party vendor. Thus, the vendor’s payment will have paid the publisher and thus the author.

So, the question is: Are these new books really new? Are they being sourced legitimately? Amazon says it’s working hard to be sure that books offered as new are actually new. In this seller forum thread, you can see a third-party seller (called “tomepusher”) working through a long exchange with other vendors. His listings have been removed by Amazon, he says, “because of complaints about used items sold as new.” In the course of this exchange, you see the vendor being told by colleagues that he should have an invoice “directly from the publisher” as protection, to prove the books were legitimately bought new, if Amazon inquires.

And the retailer isn’t the only one inquiring. Michael Cader at Publishers Lunch has reported that Penguin Random House is asking Amazon re-sellers “specifically how and from whom you are acquiring our books.”

Coverage from Publishers Weekly has included a precise definition from Amazon of new as “brand-new, unused, unread copy in perfect condition. The dust cover and original protective wrapping, if any, is intact. All supplementary materials are included, and all access codes for electronic material, if applicable, are valid and/or in working condition.”

As is frequently the case, reaction to Amazon’s application of its standard buy-box policy to books is probably overheated. It’s not clear yet how much actual impact this may have on revenues for authors and publishers if third-party sellers are indeed held to dealing in actual new books.

That said, at the heart of the disturbance is a mystery as to how third-party vendors can sell new books at the low prices they charge (and still make anything) and how they’re obtaining the books they say are new. If anything, this development will lead to a healthy tightening of some publisher’s own sales policies—particularly as it relates to advance review copies, hurts, and remainders—as well as to tighter controls on what books are sold as new on the Amazon platform.

The latest UK Publishers Association’s report included a purported rise of 8 percent in physical sales (to the highest level since 2012) and a 17 percent drop in the total consumer ebook market.

As usual, without an understanding of context and nuance, the mainstream media waded right in for the latest doom-of-the-ebook wallow. Chief among these was the Guardian’s piece proclaiming that ebook sales have plunged in the UK “as readers return to print.” In that story, Publishers Association chief Stephen Lotinga speculated that “people are now getting screen tiredness, or fatigue, from so many devices being used, watched, or looked at in their week.” This, of course, as every other screen-distributed medium seems to thrive.

The Guardian published another story on the same day in which it asserted that ebooks have “lost their shine” because “Kindles now look clunky and unhip.” More such misinformed coverage could be found at CNNMoney and Engadget: the pile-on was underway as print fans rejoiced and yet another industry report left the unseeable unsaid: we can only guess at how many ebook sales are out there unless Amazon suddenly becomes more transparent. It’s well known that Amazon and other online retailers don’t make ebook sales data available. And rather than explaining that we simply don’t have adequate data to assess how much of the market is going to ebooks, publishers’ trade organizations tend to favor the narrative that supports the concept of the print resurgence dear to many.

David Vandagriff at the Passive Voice blog wryly posited that “screen fatigue” sounds like a marketing phrase. He suggested that they might have “considered ‘bookstore fatigue’ or ‘high prices fatigue’ while they were brainstorming.”

And at the Bookseller, editor Philip Jones, arguably the single most astute of all UK industry observers, noted that, when the Publishers Association report announces falling ebook sales, they don’t count Amazon’s numbers, of course, or Bookouture’s, or those from Head of Zeus, Endeavour Press, Amazon Publishing, or self-published writers. “Were we a little clearer about this missing bit, we would not today be reading about how … the ebook was dead (again),” he wrote.

The publishing industry in the UK and US has a real problem—not necessarily of its own making—in trying to assess its digital reach, given the lack of accurate digital sales data from online retailers. While that problem can be laid at the steps of Amazon, it’s the job of publishers associations to characterize what data they do have on digital sales as only partial, and to be wary of contributing to overstatements of what’s known about ebook sales and print supposedly blasting back. Not coming clean about this is misleading to their own customers, as well as to the culture at large.

If you enjoyed this analysis, try a 30-day free trial of The Hot Sheet.