Today’s post is by author E.S. Alexander (@ES_Alexander7), author of Lies That Blind.

Anna Sewell sold her only novel, the classic Black Beauty, when she was 57 years old. She had worked on it for six years while confined to her bed due to ill-health. It wasn’t until after Laura Ingalls Wilder had celebrated her 65th birthday that the Little House series came to prominence. And teacher-turned-memoirist, Frank McCourt, won the Pulitzer Prize for his book, Angela’s Ashes, at the age of 66.

When my debut novel, Lies That Blind, came out on October 19, I was two weeks short of my 67th birthday. Becoming a novelist has nothing to do with your age. Nor should you think that having invested your talent so far in one literary arena—as I did with nonfiction—that it’s impossible to shift gears. I’m proof positive you can do both.

In 2018 I left the United States, intending to retire in Malaysia, after a long career as a freelance journalist and the author or co-author of more than twenty mainstream published nonfiction books. Sensing that I wanted a simpler, less financially stressful life, I sold my house, my car, and all but a few personal belongings, and arrived on the island of Penang without ever having stepped foot in Southeast Asia before. My life as a writer, I’d convinced myself, would now take a back seat to reading all those books I never seemed to have time to devour, to learn the Malay language, and sample the delights of Penang’s world-famous cuisine.

But, as the Yiddish saying goes, “Man plans, God laughs.” Or, for the irreligious among you, perhaps I was just about to stumble my way through a series of fortuitous events.

I’d already bought the domain name “My Year of Doing Sod All” (British vernacular for doing nothing), having suspected that it wouldn’t take long before I was desperate to get back to tapping on my keyboard. My intention had been to write a blog about the joys of loafing! But I never got round to making that site public; I soon realized that I’d never worked as a writer, I was a writer—all the way through to my marrow—and that writers never “retire.” Plus, I had long nurtured a writing dream that perhaps now I’d be able to fulfill.

As a lover of crime novels and thrillers, my first thought was to try my hand at plotting a Penang-based murder mystery. (Think: A Most Peculiar Malaysian Murder by Shamini Flint, but featuring the peculiarities of Penang, rather than Kuala Lumpur.) I tried to come up with a compelling idea, but nothing gelled. Then one day, over coffee with a fellow writer and publisher, I admitted that I’d always wanted to write a novel before I died but couldn’t come up with anything that excited me.

Keith began to tell me the story of how Penang came to be possessed in the late 18th century by an agent of the East India Company (EIC) named Captain Francis Light. I was familiar with the basics: Penang was, at that time, part of the kingdom of Queda whose sultan was keen for the EIC to protect him militarily against his many regional enemies. The carrot that the sultan dangled was to allow the EIC to establish a settlement on Penang; the “Honourable Company” had been looking for a port further east than Madras where they might repair their ships traveling between India and Macau.

But the plan had gone horribly wrong. Yes, Francis Light had taken possession of Penang (rather cheekily christening it Prince of Wales Island in honour of King George III’s son, within days of setting foot there), and the island had become a thriving trading settlement not least because it imposed none of the tolls and taxes common to Queda’s ports. But by April 1791, frustrated that his demands for military protection had gone unheeded, the Malay sultan had amassed an armada of mercenaries and regional pirates to attack the tiny British stronghold, and take his island back. And by “tiny” I mean a garrison of 400 sepoys and EIC officers against an invasion force reputed to number over 20,000 men.

Even though I had made a career for myself as a nonfiction author, I knew enough about storytelling generally to recognize that here were the makings of an intriguing tale. I was reminded of Hilary Mantel’s quote in this Guardian article: “I began writing fiction when I discovered I wanted to be a historian.” I’d never adhered to the adage that you should write about what you know; as a nonfiction author and journalist I had always written about what I’d wanted to discover.

I believe that you will never compel a reader to turn the pages of your book—nonfiction or novel—unless you, as the author, love the process of writing more than almost anything else. Given a new lease of life, as far away from “retiring” as you can imagine, I spent the next two years doing as much research as I could about Francis Light, the early days of Penang, and what life was like in Malaya at that time.

But then my passion for this endeavour hit a wall. I’d tried to write a few early chapters making Light my protagonist, but nothing seemed to work. I guess I just didn’t like him all that much or couldn’t get into his head. I was starting to get dispirited, thinking I’d wasted my time, when I chanced upon an essay written by Dr. Samuel Johnson in 1758, “Of the Duty of a Journalist.” Having just read Joseph Conrad’s Lord Jim, I came up with the idea that my hero would be a similarly naïve, idealistic young man—a fledgling journalist—named Jim Lord, who maneuvers his way to becoming Francis Light’s assistant and chronicler. The further away I got from the themes of Lord Jim, as I played around with one draft after another, the more I felt inclined to change my protagonist’s name. He ends up in my novel as Jim Lloyd.

The value of lifelong learning

I’m tired of people perpetuating the myth that people over 50 are unwilling or unable to learn anything new. What rubbish! My early drafts were okay, but it soon became apparent that my thirty plus years’ experience as a nonfiction author had not prepared me adequately to write a novel. Already knowing that writing any book is like bringing up a child—it takes a village—I enrolled in online courses with titles ranging from Emotional Beats and Deep POV to Your First 15 Pages. I devoured Save the Cat; answered questions in What Would Your Character Do?; and listened to an audio seminar The Hero’s 2 Journeys, featuring those wonderful story consultants, Michael Hauge and Christopher Vogler. I also engaged three successive writing consultants, one of whom—having seen the outline of my “final” draft, nudged me to tear the whole thing apart. Which I did. For me, writing is never about the destination but how much I can learn from, and enjoy, the journey.

With a manuscript as close to perfect as I could get it, I set my sights on being published by Penguin Random House SEA, the recently formed Singapore-based office of one of the world’s biggest publishing houses. Six months later (these folks are never that quick to respond to queries), I was offered a contract and the rest, as they say, is history.

But there is one important message I want to close with, and look forward to hearing your thoughts on, if you’d be kind enough to leave a comment: How can we shake off the ageism that our cultures seem hell bent on perpetuating, even if this is unconscious a lot of the time?

For example, one of the ways retirement evaded me when I came to Malaysia was when I was invited to get involved with the FameLab contest to find Malaysia’s Best Science Communicator. Recently the organizers asked me to moderate a webinar conversation with two individuals skilled at boiling down complex topics into easy-to-understand concepts. The virtual attendees had sent in questions in advance and one in particular grabbed my attention: How do you communicate science to the older generation? I’m sure you won’t be surprised to hear that I chose not to pursue that topic. What has age, per se, got to do with it?

Then, in preparation for this post, I went online to find out who, among well-known authors, had written their first or most successful books later in life. Imagine my surprise when most of the “oldies” appearing in these lists were barely over the age of 40!

Which is where you come in. Each of us has a responsibility, in my opinion, to use our talents for as long as we are physically and mentally capable of doing so. So please don’t think you’re too old to start writing, or to change from one genre to another as you celebrate your fortieth, fiftieth, or even sixtieth birthdays and beyond. Let’s show the world that creative individuals never retire, never lose their innate talents, and we certainly never give up.

Liz Alexander was born in St. Andrews, Scotland in 1954, although her family moved to England a few years later. She will swear to you that she was born with a pencil in her hand and thinks of books variously as her travel agent, time machine, and therapist. One of her earliest memories is of producing a newspaper with the John Bull printing set she was given one Christmas. At age 16, Liz wrote, directed, and starred in her first play, Osiris, based on the Ancient Egyptian myth. Early on in her writing career she wrote short stories featuring a private detective for a newspaper in Scotland. She’d prefer to forget about the teenage poems that were published in an anthology of verse.

Liz has written and co-authored over 20 award-winning non-fiction books—most of them mainstream published—while maintaining a successful freelance journalism career. Asked to describe herself in three words she would answer: thinker, writer, adventurer. The order depends on her mood. Learn more at her website. 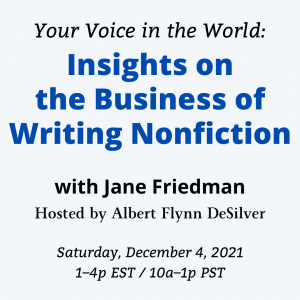