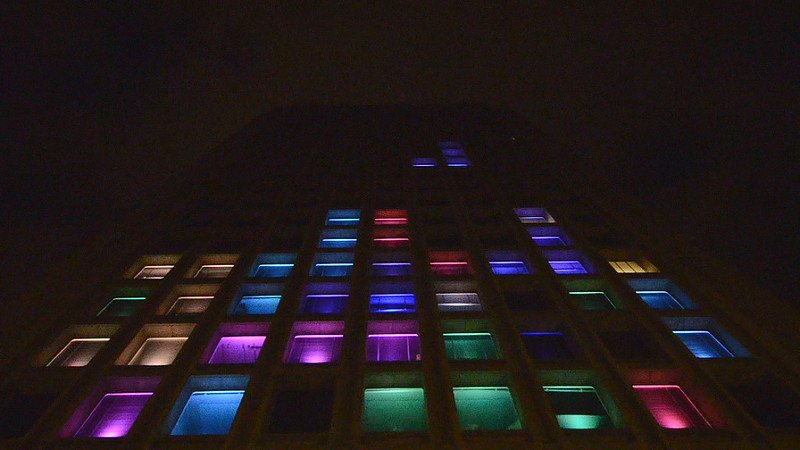 Today’s guest post is by Emily Grosvenor (@emilygrosvenor), a magazine journalist and author of The Ultimate Guide to Kickstarting Children’s Books.

We are not all Neil Gaiman. We can’t all just write in whatever genre we want, whenever we want, and hope our audiences will follow us there. Established writers can’t often—and probably shouldn’t—publish far outside of their area of expertise. It’s a fast way to alienate your existing fan base.

But if you’re a creative author who absolutely has to write a children’s book or a young adult novel, or an inspirational how-to, crowdfunding allows you to experiment outside of your genre for a project you want to see out in the world.

When your fans don’t overlap

It’s the curse of the multi-potentialist, the authors who could excel in more than one genre. Imagine a scenario where you are an established crime fiction author who trades in blood splatter and crime scene repartee. But you’ve got this burning wish to see your idea for a children’s book about a computer coding bunny out there in the world. You even have a text for it moldering away in one of your computer files. You find yourself between projects and looking for a short-term change.

Unless you have the authorial Midas touch, the kind of style so compelling and universal it pervades all of your books across genres, your readers will not follow you to your bunny story. If your Twitter feed floods with bunny pictures and coding talk when readers expect serial killer personality breakdowns and hard-boiled dialogue, you will soon find yourself with a branding problem.

Crowdfunding as the answer to multi-potentialism

We no longer live in a world where writers have to shelve creative projects in perpetuity because they fall outside of their existing brands. You can continue to serve your existing readers while finding new fans for this new work through crowdfunding. The process will challenge you to rethink how this new work connects with an audience, but working with an existing platform to engage a new set of fans can allow you to genre switch and get that must-exist story out in the world.

Indeed, on the Kickstarter platform, having an existing brand is almost totally unnecessary. If you are familiar with The Book, The Cook and The Hook model of marketplace analysis in the publishing industry, you’ll find that your back story as a writer and motivation for writing your book—the story behind the book—is far more important to attracting the social proof for your project on Kickstarter and other crowdfunding sites than your existing track record of publishing traditionally and your well-honed author platform. Crowdfunding truly levels the playing field in “The Cook” category, making your passion for your project and the impact you want to have on readers more important than an existing author brand.

You will still need to create quality work, with exceptional design and a compelling cover and, if you’d doing children’s book or other illustrated work, great interior pictures. Readers can tell in an instant whether a project is presented professionally and compete alongside traditionally published books. But you will be finding ways to show that the book needs to exist in the world and gathering a built-in group of co-creators.

In my year talking with Kickstarter creators, backing projects on the site, analyzing what works and what doesn’t, making my own children’s math picture book, and writing a book about the process, I’ve learned a lot about what compels Kickstarter backers to spend almost twice as much as what it would cost to buy a similar book in a store. Remember: Kickstarter backers are paying for the experience of co-creating a book. While a few readers will really just want the book itself, many more are along for the ride because they are interested in the process of book creation and want to support a niche-y project that might not fly or be given a chance in the wider marketplace.

Take my own book as an example. I am a magazine writer and memoirist who wrote a math picture book, a category I didn’t even realize existed before I went on Kickstarter. There, I connected with an audience of math play advocates who became my book’s greatest champions, during the campaign and afterwards, when I published my book out in the world beyond crowd-funding. 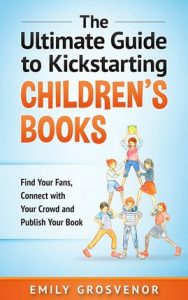 Pretty much every writer ever has imagined a scene where they sit in the highest tower of the castle writing in solitude while a wealthy patron pays them to do it. Crowd-funding is neither so simple nor so easy, but what it will do for writers experimenting across genres is give you a chance to connect with
new fans who can be your cheerleaders, your co-creators and your champions as you take this experimental project into the marketplace. Chances are excellent you’ll learn something in the process that will be useful to your bread-and-butter writing projects.

Note from Jane: If you’re interested in crowdfunding a children’s book, then be sure to check out Emily’s guide, The Ultimate Guide to Kickstarting Children’s Books, which is also available as a PDF download.