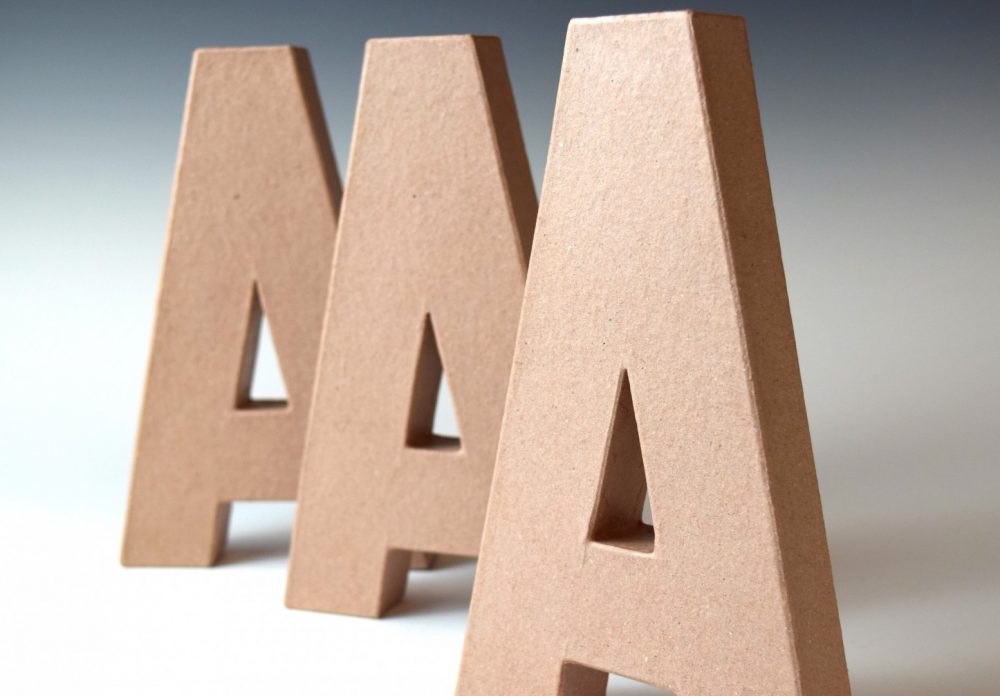 This post is excerpted from Get a Grip on Your Grammar, copyright 2017 Kris Spisak (@KrisSpisak), with permission from Career Press, Wayne, NJ.

We live in a fast-paced time, but that’s no excuse for typing drunkenly across keyboards. Sometimes we know the rules and abandon them; sometimes, we err because we don’t know any better. Consider this your call-to-action. No more excuses. Use your words precisely. It’s my challenge to you.

All right, already. Are you all ready to discuss the differences between these two words? Much like the eternal squishing of “all right” into“alright,” “all ready” is often forgotten in lieu of “already.”  The problem is, though, that these are not alternate spellings of the same idea. “All ready” and “already” don’t honestly have much to do with each other.

“Already,” on the other hand, means before this moment or before another specific moment. You already knew this, though, didn’t you?

Squeezing “all ready” into “already” is not an acceptable contraction, so stop doing it already. Got it?

All together now, say it with me: “all together” and “altogether” are two different words. I know some of you prefer one or the other, but it’s time to focus hard and get this right.

I suppose I shouldn’t be altogether shocked at this confusion—I remember the day I learned this one myself—but let’s break it down once and for all.

When you learned to spell “together,” did you learn to spell it by remembering the breakdown of “to get her”? I always thought it was a bit menacing, but maybe that’s why it stuck in my head. Let’s use the same logic when remembering “all together.”

If we’re all going to get her, we need to go all together. Remember:

Meanwhile, I’m altogether disturbed by this threatening writing tip, so I want to end with a casual reminder to give your mom, sister, grandma, or best gal pal a call. Maybe even buy her flowers or tickets to a baseball game just because. (Yes, I said a baseball game. Who doesn’t love peanuts and Cracker Jacks?)

Maybe you had a teacher who once told you, “Alright is not all right.” The rule still stands, though in the ever-evolving world of words, “alright” seems to be gaining traction—in British English especially, according to the experts. But in nine out of 10 dictionaries, “alright” is considered a misspelling of “all right.”

This common error is seemingly rooted in language patterns used in words such as “already” and “altogether”; however, the two-word form is the standard you should use when you want to appear like you know what you’re doing. And we all like to appear like we know what we’re doing on occasion, right?

As for that 10th dictionary, it speaks of two different definitions, where “alright” means simply satisfactory, whereas “all right” means correct in its adjective form. According to this logic, these two statements have two different meanings:

It’s words like these that make the evolution of language and its accepted use an interesting subject to follow. Nonetheless, until more dictionaries accept “alright” as a correct spelling, I suggest you use the two-word form in more formal communications. All right?

“Anytime” is a relatively new word—yes, I’m calling early twentieth century “recent” for the sake of this linguistic argument. And you know that any time there is a new word, there’s going to be a grammarian hullaballoo. Here’s another example.

“Anytime” (one word) is considered a casual form; it’s not one for your resume or emails to advance you up the corporate ladder. In fact, this one-word form is still not recognized by some dictionaries (I’m looking at you, OED). “Anytime” is technically defined as an adverb meaning “whenever” or “on any occasion,” but as a new word, it is young and defiant, having other meanings too. “Anytime” can also simply mean “no problem” in response to a “thank you.”

If you aren’t sure if you can get away with “anytime” versus “any time,” ask yourself if you can replace the word in question with “at any time.” For example:

When are you free for coffee?

Anytime. (Correct. Answering “at any time” would also make sense.)

I can go further with this one, but I’ll stop there.

“Any time” (two words) is admittedly the standard form. If you’re ever concerned about which form you should choose, experts argue you’ll never go wrong by using the two-word combination. I’m not sure I completely agree with that, but then again, I’m American and therefore a linguistic rebel at heart. Or so the argument goes. (The casual “anytime” is apparently much more common on this side of the Atlantic.)

Personally, do I dare to use the nonstandard form? Anytime I can. Take that, Oxford English Dictionary.

Allow me to let you in on a secret: “anyways” is not actually a word. I’ll let that sink into your brain wrinkles. Yes, it’s true.

The correct word many of you are looking for is “anyway” without the “s” on the end. “Anyway” is an adverb. Can adverbs be pluralized? No, they cannot be. 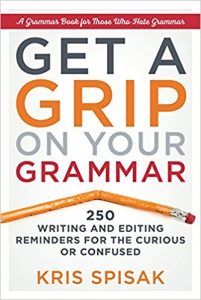 I won’t lie. When it comes to “anyways,” people have been tacking on that extra “s” for a long time. It’s not a recent development, but every time it arises, it never quite gains enough momentum to win over any dictionaries more than a note of slang or casual use. Thus, avoid “any-ways” in all formal writing. Maybe you want to avoid it all together.

If you enjoyed this post, check out Get a Grip on Your Grammar for 153 commonly confused words.

With degrees from the College of William & Mary and the University of Richmond, Kris Spisak began her career as a college writing instructor; however, after six years in the classroom, she transitioned to professional writing and editing. Helping writers sharpen their craft was the driving force behind her book Get a Grip on your Grammar: 250 Writing and Editing Reminders for the Curious or Confused (Career Press, 2017). Kris is also pursuing the publication of her first novel and is the co-founder of Midlothian Web Solutions.