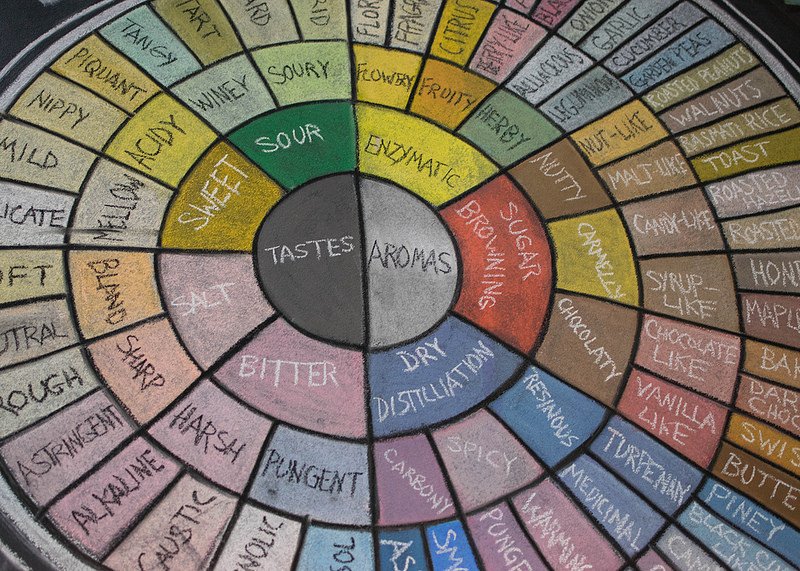 By far the most common entry-level mistake in the writing game, the thing that can get a perfectly good story rejected by an editor on the first page, is overwriting: a writing voice that is laden with energy and adjectives, that tries too hard, that is self-conscious in a way that detracts from the story, that is obviously the work of a writer trying to poeticize a story that doesn’t stand a chance.

Bad writing voice is like wearing a clown suit to the Oscars. Chances are you won’t make it past the lobby.

Of course, one writer’s clown suit is another’s tuxedo. Which is to say, you may believe your eloquence is palatable and beautiful, and you may feel the need to stuff all this fat into your sentences because you don’t feel they’re muscular enough as is. It’s always an opinion—yours and the editor’s, and finally the reader’s—but it’s a critical one.

The mailrooms of the big publishing houses are full of these manuscripts created by writers who try to trick up their sentences, who reach for contrived eloquence, who attempt to liberate their inner poet, who overtly imitate someone famous who writes that way (J.D. Salinger has inspired more rejected manuscripts than any writer in history), and generally stinking up the place with strings of words that detract instead of enhance.

Overwriting will get your work rejected faster than a ridiculous deus ex machina in the final act.

That’s not to say stylistic writing, a voice full of attitude and personality, is a bad thing. Hell, I’m doing precisely that right here. But it’s how I write, and it’s seasoned with several decades worth of professional experience (including the scars to prove it) in fine-tuning. Shooting for a level of personality in your narrative is always a risk.

To mitigate that risk, carve this into your forehead: Less is more. Just don’t minimize your writing voice to the point where it sounds like copy from a metropolitan telephone directory. Somewhere between a love letter scripted by a drunken, suicidal poet and the world’s driest technical copy awaits a level of style that suits you. And, just as important, it will suit your story or manuscript.

Your journey as a writer, as a storyteller, is to find it. The essence of your writing voice is significant for your writing career. Which means you have to get it right before you can turn pro. That word— pro—is critical here, because while it may be simplistic or positively John Updike-like, it absolutely, unequivocally, needs to be professional.

Where that bar resides is, once again, an opinion. One thing, however, is always true about this—the further you move in either direction from a safe and clean middle ground, the higher the risk your work will be perceived as less than professional.

Writing voice, in my humble opinion, gets too much airtime at writers conferences filled with people who are actually in need of mentoring on their storytelling. It remains a staple of academia—high school in particular—but it’s actually the least challenging of other writing obstacles you’ll face when it comes to publishing your work.

You don’t have to write like J.D. Salinger or John Updike to get published. Pick up any random published book from a shelf at the mall and you’ll see this to be true. While there is a huge variance in style among those authors, they all have one thing in common: they’ve met the bar of professionalism. Which in today’s commercial market means clean, crisp, efficient writing that doesn’t stink up the place with too much effort.

The personality and voice of your writing should be natural, not something contrived. Because only when you are writing naturally, without forcing it and without abusing adjectives will the scent of your narrative be as subtle and functional as it needs to be to attract a buyer.

Consider the novelist Colin Harrison. Harrison has been called the “poet laureate” of American thriller writers, but not because of what that tag implies. You’d think someone with that on his name tag would be positively Shakespearean with his words. But eloquence isn’t your goal as storyteller—essence, as conveyed through tonality and attitude, is. And nobody does that better than Colin Harrison. Here’s the first paragraph of Harrison’s novel Manhattan Nocturne:

I sell mayhem, scandal, murder, and doom. Oh, Jesus I do, I sell tragedy, vengeance, chaos, and fate. I sell the sufferings of the poor and the vanities of the rich. Children falling from windows, subway trains afire, rapists fleeing into the dark. I sell anger and redemption. I sell the muscled heroism of firemen and the wheezing greed of mob bosses. The stench of garbage, the rattle of gold. I sell black to white, white to black. To Democrats and Republicans and Libertarians and Muslims and transvestites and squatters on the Lower East Side. I sold John Gotti and O. J. Simpson and the bombers of the World Trade Center, and I’ll sell whoever else comes along next. I sell falsehood and what passes for truth and every gradation in between. I sell the newborn and the dead. I sell the wretched, magnificent city of New York back to its people. I sell newspapers. 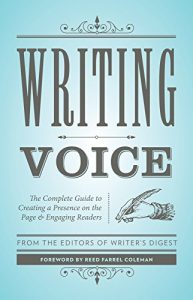 There are only four adjectives here. Two each in two separate sentences. That’s it. And yet, this paragraph screams attitude and personality. It is a soaring, melodic example of writing voice, one that is completely in keeping with the dark city detective thriller that it is, only written by a master linguist. Use this as a model of writing voice that’s way out there from the boring, vanilla middle of the stylistic continuum, and allow it to inspire your musings at that level.

Many of us become writers in the first place because we have been told for years that we have a way with words. That can actually be a curse in this game. Just make sure that the words don’t have a way with you and your career.

If you enjoyed this post, take a look at Writing Voice from Writer’s Digest.