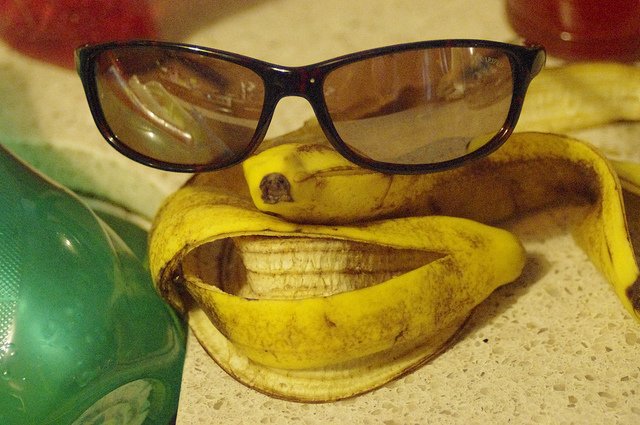 Let’s use a simple humor exercise to illustrate the first step in humor conception—imagination. Consider the possible uses of two round barstool cushions. Other than stool cushions, what can they be? For five minutes, use your imagination and plenty of exaggeration. Without being restrained by practicality, scribble down as many possibilities as you can.

This humor Rorschach test proves creativity is the key to comedy’s engine, which won’t turn over without unbridled imagination. Look at any other common object—an iPad, a beer bottle, furniture in a room, or parts of the human body. Train your mind to constantly ask What if? and brainstorm all the possibilities of what else these objects could be. Don’t worry if your ideas seem absurd. The exercise is to get your imagination in gear.

What if? imagination allows you to realign diverse elements into new and unexpected relationships that surprise the audience—and surprise makes people laugh.

The Qualities of Humorists

Comedians are never really on vacation because you’re always at attention—that antenna is always out there.

The humorist’s mind is a wonderful thing to watch. Sometimes you can even see humorists’ lips move as they silently try out different ideas. Meet them during off-hours at a social gathering; every fact reported, every name mentioned, every prediction made is grist for humorous association. At the end of a party, if you ask how they enjoyed themselves, they might answer positively only if they’ve been successful at collecting new material, which they’ll write and rewrite all the way home.

To take the first steps toward humor writing, you also must accept that humor writing is a 24/7 gig. New ideas can pop into your head anytime, anyplace. Mitch Hedberg said, “I sit at my hotel at night, I think of something that’s funny, then I go get a pen and I write it down. Or if the pen’s too far away, I have to convince myself that what I thought of ain’t funny.”

To keep track of ideas and potential material, the humorist’s toolbox typically includes record-keeping devices such as a notepad, digital voice recorder, or note-taking app. But regardless of the tools you use, you’ll need to devise a system for organizing your writing. The traditional method is to organize jokes by topics using some type of filing system. Milton Berle and Bob Hope each had a vault containing more than 6 million jokes on index cards sorted by topic. Today’s alternatives are database or spreadsheet programs—I use Bento.

The following activities will help you develop your comedy writing foundation through listening, observing, reading, and exploring.

In addition to building a joke and cartoon file, you’ll need to find new material to use as the building blocks for your humor writing. Most professional humor writers begin each day by reading a newspaper, watching news on television, and/or surfing the Internet for incidents and situations that might provide joke material. Form a daily habit of recording odd and funny news events. Everyday life is the main source for humor, so you need to keep some type of personal humor journal. 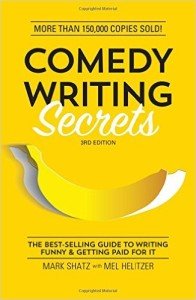 If you want to succeed as a humor writer, you must become a serious student of humor. That means systematically analyzing and studying humor to know what you’re doing, why you’re doing it, and its impact. A key prerequisite to thinking and writing funny is understanding funny.

For more insights into the comedy-writing trade, check out the newest edition of Comedy Writing Secrets, which has sold more than 150,000 copies since it was first released.

Mark A. Shatz with Mel Helitzer

View posts by Mark A. Shatz with Mel Helitzer

Mark A. Shatz is the author of KISSing Golf: The Keep It Simple (Stupid) Instructional Method, a humorous instructional book for beginning golfers. He is also an award-winning professor of psychology at Ohio University–Zanesville who blends content, application, and humor into his instruction. Furthermore, Dr. Shatz has presented and published numerous academic papers, including how to use humor to enhance instruction and learning.

Mel Helitzer, a former Clio award–winning Madison Avenue ad agency president, was also a distinguished, award-winning journalism professor at Ohio University in Athens, Ohio. He was one of the first to teach humor writing at any university in the world. His course led to the publication of Comedy Writing Secrets in 1987, and the book is now the best-selling text on humor writing in the country.