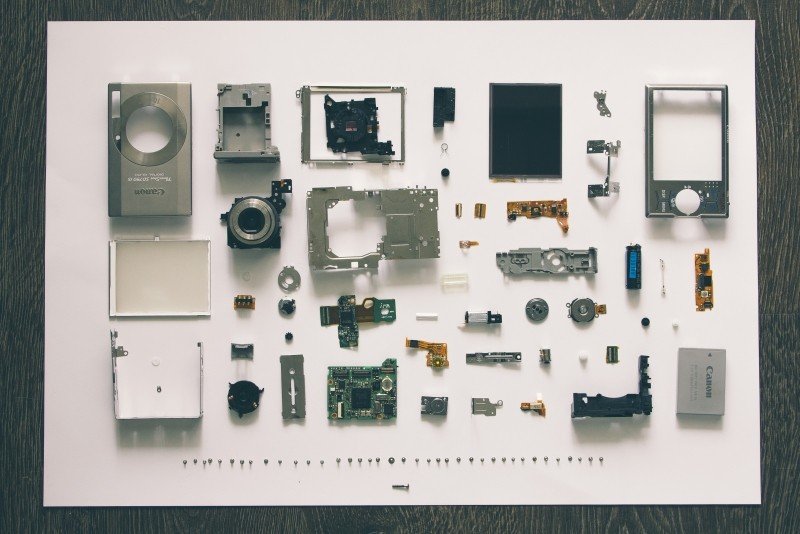 Philip Roth died on May 22, and I am looking at Irving Penn’s famous portrait of him that appeared in a recent issue of the New Yorker magazine. The photo, shot in 1983, depicts Roth at age 50, a time when many say a writer’s gifts are fully ripened. Penn’s photos of other writers—Joan Didion, Truman Capote, Carson McCullers—are icons.

The Roth image is a character study of an author known for the characters he’d created—the sexually absorbed Alexander Portnoy, the tortured writer Nathan Zuckerman (who leads us through nine books), and Seymour “Swede” Levov, among them, the protagonist of Roth’s Pulitzer Prize–winning American Pastoral.

In many ways, a portrait photographer encounters the same great issue as fiction writers, chiefly, creating and revealing character. So how does does Irving Penn go about telling us the story of Philip Roth, limited by a fraction of time, an image in two dimensions, one background, and whatever hues he can create?

Penn lights Roth in black-and-white, not color, leaving nothing to distract from the author’s unhandsome hard-wrought good looks. He has Roth’s face tilted slightly upward and away into the distance, so that we don’t see him head on but posed in triumph, indomitable, his balding pate, black with curls from temple to temple. The hair looks like—and is meant to look like—nothing less than the laurels bestowed upon a conquerer. In lesser men, before a lesser lens than Penn’s, those same curls might frame the face of Bozo the Clown. Writer beware!

Almost always, Penn tells his stories through tight shots of the face. Roth is rarely pictured by any photographer when smiling. Instead, Penn recognizes Roth’s thin lips, so that they appear sealed, withholding some pent up message. What—rage? intellect? how it all ends? The large, nearly bulbous nose looks almost architectural, structured and bent to shape; it becomes a prow, a bowsprit. And then we notice, just barely, at the bottom edge of the photo, that Roth’s wearing a shirt, probably white; only the collar is visible, so that it could be a towel worn around the neck of a prize fighter fresh from the ring. Wouldn’t Norman Mailer be jealous? In Penn’s treatment of Mailer, Roth’s contemporary, the author’s hands are folded against the face and probably flipping us the bird, and if that isn’t the story of Norman Mailer, the portraitist got it wrong.

In part, character is in the eyes, and, most of all, how the eyes are used. Take the screen goddess of the forties and fifties, Lauren Bacall. In virtually every shot, she’s looking askance, the eyes peering off to one side, on the make, or checking over her shoulder. She’s chic and dangerous. In Penn’s image of Roth, the eyes look far off into the distance, trained on the next higher shelf.

For writers, eye color is an obsessive, almost compulsive, element in character description. I plead guilty. For certain I’ve read about every description possible of green “alluring” eyes. But Penn’s portraits ignore color. An image of the poet Patti Smith by Penn, shows her looking louche, bare shoulder, her eyes stoned and lost and not giving a damn.

It’s worth a note that it’s not just the shape of the eye that matters, or the pupillary distance, or the lashes. The better story emerges though the view taken by the subject. He or she is looking at something, and what the subject sees, or finds important, tells a story all by itself, maybe the whole story. Often, maybe too often, writers describe eyes narrowing, sparkling, or suddenly getting larger. Rarely do we see eyes described by their fixation. What the hell is the character so interested in seeing? How important to story is it to know what the character wants? Most often, someone wants what they’re looking at. Skip the the 50 shades of blue “sparkle.” Better to show the reader the character’s focus; what is it that most attracts their attention and reveals an element of their being?

It might be asked here what the great young portrait photographers of our era are doing. The answer is pretty much the same thing as portraitists like Penn, but more often with color. The great Annie Leibowitz of Rolling Stone, Vanity Fair, and Vogue fame, says that, in school, “I wasn’t taught anything about lighting, and I was only taught about black and white.” She learned color on her own. Yet, when she takes her portrait of the poet and song writer Patti Smith (as does Penn), color is incidental, barely there. Maybe she’s created a moody blue ambience instead of cold purity of black and white. Still, it’s Smith’s cold dead stare and the dark props surrounding her that says “horsemen pass by.”

Today, the portrait is still chiefly about the face, but even with the introduction of color, backgrounds often remain almost incidental. The talented photographer Sue Bryce demonstrates that background is less about information than capturing a “look.” Peter Hurley calls himself a “headshot photographer” and sometimes completely dispenses with backgrounds. Face predominates and serves as its own setting, which is why setting may get in the way of a headshot portrait. And has the depiction of character, the description of face and figure, changed over the decades? Hardly at all. It still must reveal the beating heart of the living breathing person, which is also the writer’s single greatest challenge.

Jeff Shear is the author of The Keys to the Kingdom, an investigation into a weapons deal between the US and Japan (the FSX), published by Doubleday. He has been a Fellow at The Center for Public Integrity, in Washington, DC, where he was one of the several contributors to the book The Buying of the Congress, published by Avon. Before that, he served as a staff correspondent for National Journal, with regular venues at the White House and Congress. He has written TV narrations for the National Geographic Channel, Discovery, and The History Channel. His latest novel is the third in his Jackson Guild espionage series, Black Mesa: The Final Report. The fourth book will appear in June, Decline to Die.