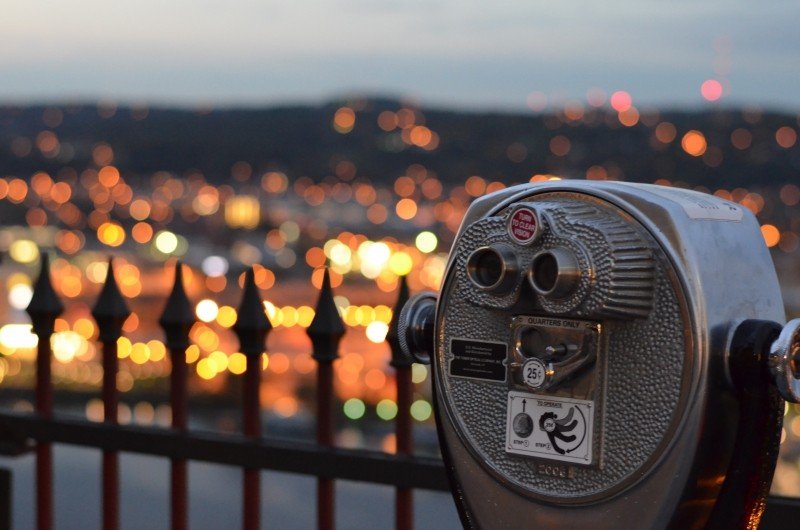 Today’s guest post is by James Scott Bell (@jamesscottbell) and is excerpted with permission from Writing Voice: The Complete Guide to Creating a Presence on the Page & Engaging Readers, from the editors of Writer’s Digest.

There’s no quicker way to intimacy with a lead character than first-person point of view (POV). Seeing a story through that character’s thoughts and perceptions is the fast track to empathy and identification. But numerous challenges also come with this POV. One of these is the natural limitation of being stuck in one perspective throughout the story.

Maybe you want more flexibility in your plot. If so, there are ways to break out of that “boxed in” feeling you might get with first person.

A detective on the trail of a killer corners him in a dark apartment. He takes several tentative steps. A shot rings out. The detective feels hot blood coming from his chest.

If you were writing in third-person POV, it would be easy to cut away from a scene of high tension for another scene with a different POV character (in this case, say, it’s the detective’s partner, lounging at a coffee shop). This is a great page-turning technique, leaving the reader to wonder what happened at the apartment.

A first-person novel, however, can’t cut away to a different POV scene. So instead of a physical cut, try time delay. First, end the chapter on a note of high tension. Then begin the subsequent chapter not with the next thing that happened, but with the narrator playing a little game of “You’ll have to wait.” In keeping with the same story line:

I hear a shot. And a jolt to my chest. And hot blood staining my shirt.

When I was six, my father taught me a valuable lesson. “Son,” he said …

After this digression, which can be a full-on flashback or a short remembrance, get back to what happened at the end of the last scene.

It was a perfect summer evening, the last Monday in July. The Hollanders arrived at Lincoln Center sometime between six and six-thirty …

Four paragraphs later, however, we learn this is a first-person narration. The narrator is using his imagination to describe details he didn’t personally witness:

I can picture them, standing around on the second floor at Avery Fisher Hall, holding a glass of white wine, picking up an hors d’oeuvre from a tray.

Though, as I said, I can’t know this, in my imagination they are walking home.

The narrator then describes a double murder, complete with what might have been in the minds of the victims. It works just as well as a third- person description would.

Dreams are a great way to reveal interior dimensions of the first-person narrator and illustrate the stakes she confronts. When the character is under tremendous stress, a dream can create a vicarious, emotional experience for the reader.

Two caveats: Dream sequences should be used only once unless dreams are an integral part of the plot or the character’s life. And the description of dreams should be relatively short. Janet Fitch strikes the right tone in White Oleander:

But that night I dreamed the old dream again, of gray Paris streets and the maze of stone, the bricked blind windows … I knew I had to find my mother. It was getting dark, dark figures lurked in cellar entrances. I rang all the buzzers to the apartments. Women came to the door, looking like her, smiling, some even calling my name. But none of them was her.

I knew she was in there, I banged on the door, screamed for her to let me in. The door buzzed to admit me, but just as I pushed it in, I saw her leaving from the courtyard gate, a passenger in a small red car, wearing her curly Afghan coat and big sunglasses over her blind eyes, she was leaning back in the seat and laughing. I ran after her, crying, begging.

A first-person story can take us to scenes that happened outside the narrator’s perception by having another character recount the events. Done right, the secondhand scene can hold just as much drama as any other scene.

There are two ways to do it. First, the secondary character—in the following examples, let’s call him Sam—may simply tell what happened in his own voice, becoming, essentially, another first-person narrator.

You can make that a long section of narration or occasionally interrupt with the main character’s voice:

[Main character:] “Why’d you go in in the first place?” I asked.

The other way to go is to have the secondary character begin the account, then switch to a third-person style, without technically leaving the first-person POV:

With the next paragraph, switch to a third-person feel:

Sam heard a noise and decided he’d better get his own gun ready. The room was dark. A flash of neon seeped through the window shade …

The narrator’s voice continues to tell us what Sam’s account is. The readers will go with it. 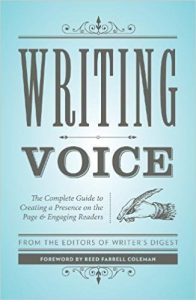 There’s no need to feel overly constrained by first-person POV. Write with a passion to open up readers to your lead character’s inner life. Then use these techniques to open up your plot.

If you found this article useful, I highly recommend taking a look at Writing Voice: The Complete Guide to Creating a Presence on the Page & Engaging Readers, from the editors of Writer’s Digest.

James Scott Bell is the No. 1 bestselling author of Plot & Structure, and award-winning thrillers like Final Witness, Romeo’s Rules, Don’t Leave Me, Blind Justice, Deceived, Try Dying, Watch Your Back, and One More Lie.

Jim attended the University of California, Santa Barbara where he studied writing with Raymond Carver. He graduated with honors from the University of Southern California law school, and has written over 300 articles and several books for the legal profession. He has taught novel writing at Pepperdine University and numerous conferences in the United States, Canada and Great Britain.