My book is published by a company I never heard of and didn’t query.

After years of writing, workshopping and revising our book, my co-author (who is also my daughter Elizabeth) and I marketed it to agents and publishers. It was the story of Elizabeth’s sister, Gwen, a CPA turned Olympic triathlete.

In our first round of submissions, large publishers and established agents concurred: Sports stories are a tough sell even when the athlete is high profile. Our memoir about a little-known sport, narrated by the Olympian’s mother and sister, gained little traction. Several suggested we rewrite the book, as ghostwriters, in the Olympian’s voice. But our book was more than an Olympian’s story—it was a family story. We stood by our concept.

In a second round of submissions, we received an offer to publish, laden with compliments about our writing. But on closer inspection, we realized we had mistakenly submitted to a vanity press. We declined. Then, a lawyer spotted us on Twitter and pressured us to pay him a large sum in return for “contacts.” We declined him, too.

In our third round of submissions, a publisher sent this reply,

Thank you for your submission of Go, Gwen, Go. Unfortunately, at this time we are unable to publish your title. We feel that your title is not the best fit for our publishing line as we typically do not publish triathlon titles. … We wish you the best success moving forward and hope you find the perfect fit in a publisher. Thank you for your time and consideration. … However, we distribute a publisher that publishes many books on marathons and triathlons. Would you like me to forward your query to them?

Although discouraged, and growing less optimistic with each rejection, we encouraged the editor to forward our query. We also investigated the publisher that specialized in our topic, wondering how we had missed them in our own research. It turns out they’re a European company and so weren’t included in our predominantly domestic lists.

Within a week, Meyer & Meyer Sport, the largest sports publisher in Europe, replied with an offer to publish.

In preparation for submission, we had scoured online sites, bought books that catalogued agents and publishers, paid a coach to improve our query letter and research—and missed a major publisher interested in our book. 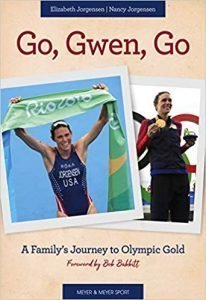 But our hard work was valuable. Because of our wide-ranging queries, we piqued the interest of an editor who knew an editor—someone in the United States who knew someone in Germany, someone who saw promise in our idea and took the initiative to pass along our work. A final deal emerged out of our campaign.

Of the 75 contacts we made, many queries met no response. Only four publishers requested the full manuscript. One agent conversed via email, offering suggestions and support but no representation.

As my daughter and I work on our next book, we use lessons learned from our first collaboration. Although queries and marketing are months away, our first overture will be to Meyer & Meyer Sport. If they don’t have a place for our title, we plan to cast an even wider net than our first one. The more waters we troll, the better chance an agent will bite or direct our idea to another big catch.