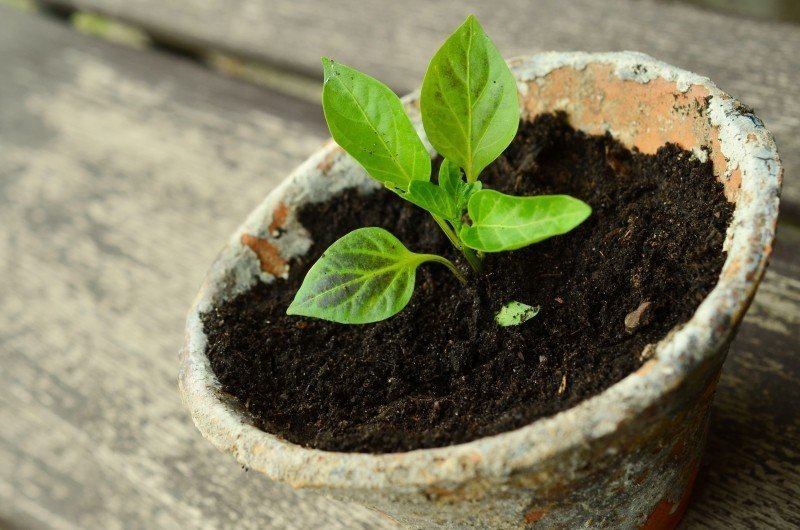 Today’s guest post is by Michael Warner, author of A Lyle Saxon Reader.

After spending thirty years in other fields, I’ve recently embarked on a career as a writer. And what I’ve found is that great how-to advice—from sources like Jane Friedman, Writer’s Digest, and kboards—actually seems to work.

My first career spanned 1981–1997 as a research chemist, and from 1998 until today I’ve been an attorney. But in my spare time, I’ve worked on a biography, Palette and Pen: Charles Whitfield Richards and his Circle.

Richards was a journalist and artist active from the 1920s until his death in 1992. He made New Orleans, Louisiana, his base for much of his artistic career, and that’s where I met him in the 1980s. Over the course of several years, he told me about his interesting life and eventually I had nearly twenty hours of recorded conversations with him. Since then, I have spent a lot of time further researching and writing about his life and of those who knew him.

Born in 1906, Richards was raised in the Mississippi Delta until his family moved to Memphis. But soon, a wanderlust caused him to drop out of school, and he began a series of adventures as he worked for a circus, studied art in Jazz Age Paris, and served as a merchant seaman. Later, Richards reported for newspapers in New Orleans, Houston, and New York, for which he illustrated his stories with wry sketches of his subjects.

Despite his itinerant lifestyle, Richards made New Orleans his base. In 1945, anxiety attacks and deadline pressures forced Richards to give up journalism and turn to fine art full time. During his career, he was close to figures important to Southern history, including Morris Henry Hobbs, Noel Rockmore, Larry Borenstein, Jeanne deLavigne, Gov. Sam Houston Jones, Enrique Alferez, Eugene Loving, and others.

The first draft of Palette and Pen came together about a year ago and I then studied how to get it published. Websites advised: platform, platform, platform. But I thought that I had little background relevant to the biography.

To address this, I decided to publish another book first, and use it as a loss leader. In marketing, a loss leader is any product that is sold below its cost, with the goal of stimulating customer interest in other products or services. But I needed a topic for this other book.

Another name from 1920s–1940s New Orleans is author Lyle Saxon, nicknamed the historian-laureate of the city. He published several books that are important as home-grown New Orleans literature, and he still has a broad fan base. But his earliest works as a features reporter for the New Orleans Times-Picayune newspaper have just now come off copyright and few of them have ever been re-published. 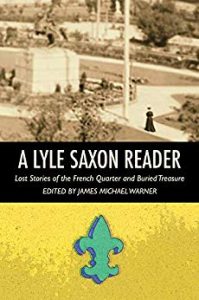 So I put together a 55,000-word anthology from these public domain stories: A Lyle Saxon Reader: Lost Stories of the French Quarter and Buried Treasure.

It took about six months to find and edit the stories—sifting through endless old newspapers online and at the public library—and to research Saxon’s life and write an introduction. Through the magic of modern databases, a couple of new tidbits surfaced that his biographers could not have accessed. Then I made a half-hearted attempt to find a traditional publisher, but I really wanted to experience publishing it myself. I decided to learn how.

My day job is general counsel for a startup biotech in the San Francisco area, so I am aware of federal tax rules. The Internal Revenue Service is most likely to take a venture seriously if it is organized as a corporation or a limited liability company (an LLC). If income and losses from a book are just accrued under the author’s name, the IRS may consider it a mere hobby and disallow tax deductions and other benefits.  So I created Cultured Oak Press LLC to publish A Lyle Saxon Reader. An LLC is often easier for a small company to manage than is a corporation, because it permits flow-through accounting and simplified operations. (Note to readers: this is not legal advice because I’m just telling you what my experience was. Your situation may differ and you should seek the advice of your attorney.)

Over the next three months, I learned how to use Vellum and other software for interior and cover design, to get feedback from beta readers, to publish it through IngramSpark, and to figure out some rudimentary marketing. I found an art major who gave guidance on the dust jacket for free—which she can now put on her resume. In June, I launched a website for which email sign-ups have been gradually snowballing. Still small and nothing to brag about, but growing, and there’s more interest every time I send out a tweet.

The book launched on September 28, 2018, and received a fair amount of press—all of it good. Sales have been moderate, but it is a niche history market in a single metropolitan area. And that wasn’t the point. I’ll never make back the money that I invested in it; this book’s purpose is to build platform. The anthology is not self-published; after all, I’m not the author. Some old guy who’s been dead since 1946 is the author. But I am the editor and wrote the introduction, so I hoped this would get me some credit.

To my surprise, the strategy is working. I found the book in each of three New Orleans independent bookstores that I visited recently. One reviewer called me a historian (!). Shoofly Magazine, a news and features blog prominent on the Mississippi Gulf Coast, just ran a story about Cultured Oak, and the owner of that blog has suggested a content share between our sites. An online magazine that will launch in New Orleans next May (the French Quarter Journal) has asked me to be a regular columnist. I have feelers out for other, living authors to publish books with Cultured Oak Press.

Now that I have at least a tiny speck of a platform, I feel more comfortable submitting my Richards biography to publishers. It’s still a niche market, of course, but it’s broader than for A Lyle Saxon Reader. Hopefully, I will find a traditional publisher. For the next step, I’ve started writing a novel based in 1920s New Orleans that may have more than niche appeal. All that in one year!

Will I become a rich, famous author? The Magic 8-Ball says, “Cannot predict now.” But my goal is more modest: one hundred years from now, will my work still be seen as interesting and relevant? I’ll never know the answer, but I’ll enjoy setting it up.

A native New Orleanian, Michael now travels between Bay St. Louis, Mississippi, San Mateo, California and St. Louis, Missouri. He writes and blogs about art, culture and food along the Louisiana and Mississippi Gulf Coast. Michael is a practicing attorney with a background in organic chemistry and biotechnology. His recent project is an anthology of early short stories by New Orleans author and bon vivant Lyle Saxon (published by the Cultured Oak Press and now available in bookstores and online). Currently he’s working on a biography of New Orleans artist Charles Richards.