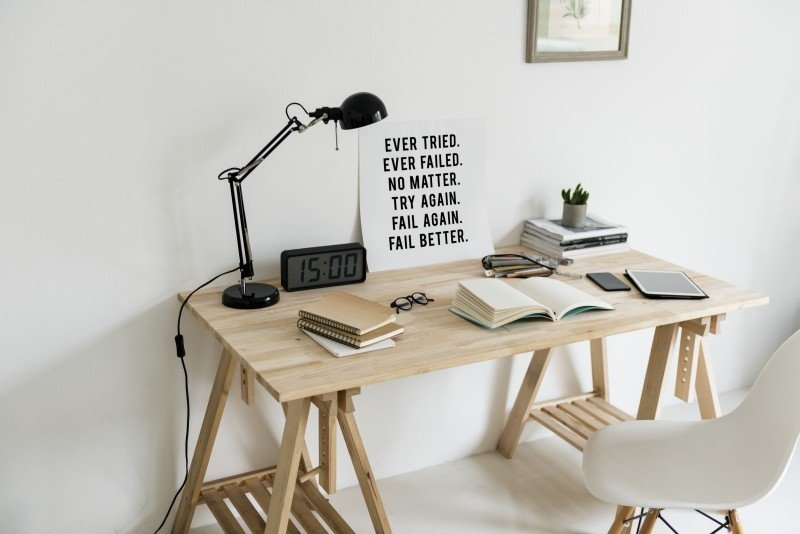 Publishing a book is a lifelong dream for many. And while the majority of those who share that dream haven’t dedicated all that much time or attention to the actual craft of writing, there are plenty who have.

In many ways, it’s never been harder to get a traditional book deal. At the same time, there have never been more ways to establish a career as an author.

In developing the curriculum for Final Draft, my online class for LitReactor, I talked with a wide range of authors about the path to publication with their first book. Some commonalities emerged, in terms of grit, perseverance, and industry smarts—but beyond that, no two pathways were alike.

During the course of this author’s MFA program, she wrote a novel that was good enough to get the attention of an agent. But when that agent called for extensive revisions, this author was honest enough with herself to realize that she didn’t have the heart to overhaul this manuscript, which she had already put through the ringer in grad school.

Instead, she sent the agent a chunk of a memoir she was working on, even though the manuscript was unfinished (not to mention brand new—a scary prospect for her, after having revised so extensively during grad school). The agent expressed interest, so the author went full speed ahead in completing a draft.

When she did, though, this author did not take it for granted that the agent would accept her first draft and help her smooth out any rough spots. Instead, she sought feedback from both her grad school peers and a well-known author at a conference she had the opportunity to attend, and she revised based on their notes.

By putting her manuscript through this kind of revision before sending it on to the agent, this author gave herself the best possible chance of actually landing that agent—and she did. Nevertheless, when that agent asked for further revisions, she did not hesitate to dig back in and do the work.

The agent sent the book out to the big commercial presses, and some editors came close to accepting it, but their marketing departments ultimately said they couldn’t guarantee they’d sell enough copies. The author was disappointed, but she regrouped and provided her agent with a list of small publishers to pitch. The agent eventually sold the memoir to an academic press, and when the book was published, it had blurbs from many of the mentors the author had studied with over the years, both in grad school and at conferences.

In the end, though the author didn’t achieve her dream of a debut with the Big Five, she did land a deal with a reputable press, and she was able to leverage the investments she’d made in her creative writing education in the form of endorsements that aided her in launching her career.

This author wrote a novel in the mid-aughts that had two different agents vying for it, but that manuscript ultimately did not sell. When faced with the prospect of writing another novel and trying to sell that one, the author realized that short fiction was really where her heart was. And while she understood that the path to publication with a collection would be more difficult, she committed herself to it.

This author focused on building a reputation for her short stories, which wound up being published in small but reputable literary journals. Each of these stories went through multiple rounds of revision before she sent it out, and between submissions cycles, she revised again. Now and then she also found an editor who accepted a story and then worked with her to make it even better.

This process—of writing, revising, and submitting—took many years. In the meantime, this author made a lot of connections in her local community, boosted the signals of a lot of other authors, and drew upon her growing reputation with short fiction by editing a short story collection for a small press. That collection furthered her reputation as a literary professional, establishing new connections for her in the process.

Just as she had with each one of her short stories, this author submitted her collection with dogged determination. Eventually, she received an offer from a small press with a reputation for fine literary fiction.

And when her collection was published, guess who helped her make that small-press debut a success? All of the connections she’d made over nearly a decade of literary citizenship.

This author was a tattoo artist who was also an aspiring author. Though he’d completed a number of manuscripts (five in all), he knew he had serious literary ambitions, so he waited until he felt he had a manuscript that was highly marketable (an illustrated collection of stories from his experiences in tattoo shops). He worked hard on his query letter, essentially envisioning it as the back-cover copy of his book, and then—with the help of a friend who was an established author, who made the introduction—pitched an agent.

The author landed both the agent and a book deal, with a Big Five imprint focused on art books. The agent used much of the copy from the author’s initial query, which the publisher then used to sell the book (which should tell you how savvy it was, in terms of selling and positioning it). The author, being an artist, also worked closely with the publisher on the cover, and he wound up making a big splash with this debut.

As soon as he’d landed the deal for this first book, the author began working on his next one; this second book was a novel, and he realized the agent he already had probably wasn’t going to be the best fit. So he took a gamble and moved to New York for a year, with the goal of making connections in the publishing industry. After a while, instead of chasing after agents, he found they were chasing after him.

The author took the voice and attitude and gritty street cred he’d established in his first book and parlayed it into a series of successful crime novels, as well as a supernatural noir. For different types of projects, he worked with different types of agents to secure the best deals.

At this point, the author decided to pivot again, this time into screenwriting, so he moved to L.A. Presently, in addition to writing novels, he’s writing for television.

These are just a few of the case studies I’ll be sharing in my online class, Final Draft, which is aimed at helping emerging writers beat the odds and break through with their first book deal.

Now it’s your turn. If you’ve published your first book in recent years—or know someone who has—I’d love to hear from you in the comments. What strategies and factors proved critical?