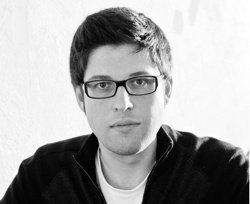 When I worked at Writer’s Digest, we typically published books in three key categories:

This last category I always felt wary of; it encompasses your bestsellers and worstsellers. It’s about the stuff that surrounds the actual writing, such as how to balance the demands of authorship with other demands in your life—or how to make sure you write in the first place. It often tackles the psychological battles.

Such territory is incredibly subjective and very personality-driven.

That’s why I like this 30-point list from David James Poissant—How to Balance Writing, Family, Work, and Life: An Unhelpful Guide for the Perplexed—which plays on our desire for this type of advice, but also on the paradoxes that lie within it. For example, a few items:

7. Throw away your television.

16. Okay, don’t throw away your television. You’ll miss it when the tornado’s on the way. But, at least, like, unsubscribe from premium cable.

30. Results vary. Side effects range from obscurity to the Nobel Prize.

Read the full 30-point list over at Glimmer Train.

Also this month at Glimmer Train: Revision as Therapy: I Didn’t Understand My Book Until After I Sold by Matthew Salesses