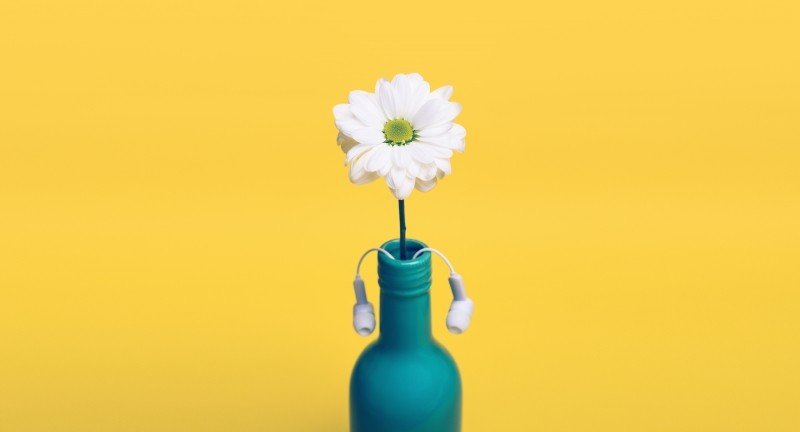 When I told my husband, Ian, several weeks ago that I’d finished reading Andre Dubus III’s Townie, I corrected myself by hastily adding air quotes.

“I mean, finished listening to it,” I said, feeling like a poseur.

“You think?” The hope in my voice was embarrassing. I so wanted them to be the same, wanted to be authentically “well read.” Surely, though, the passive act of being read to by someone who’d decided for every listener where to inflect and what tone to apply to each line of dialogue wasn’t the same as determining those things for myself.

Author Betsy Robinson confirms the value disparity between reading and listening in her Publisher’s Weekly piece, “Look, Read, Listen.” In it, she cites the research of cognitive psychologist Sebastian Wren, who found that reading uses more of the brain than does listening. When listening, Wren claims, we don’t use our occipital cortex to visualize as we do when reading.

“Reading” it would be, then, air quotes and all.

(But only with Ian. No one else had to know I was cheating to build my “read” list.)

I’ve been air-quoting “reading” since my first legitimate introduction to audiobooks this past winter. Before then, the only time I’d heard a book—well, part of a book—was in a hot car during a summer visit to Minnesota in the eighties. It had put thirteen-year-old me to sleep, and so it had also put me off audiobooks. But exactly thirty years later, Ian would get an Audible account to ease the pain of stop-and-go work commute traffic, and not long after that, on a drive to Litchfield, Connecticut to do some Christmas shopping, he’d convince me to listen to J.D. Vance’s Hillbilly Elegy.

I didn’t. I was captivated, fully immersed in the narrative flooding the car as we slipped into the snowy beauty of a winding country road.

After our Christmas shopping, Ian pulled into the garage, turned off the engine, and still had the rest of Hillbilly Elegy to listen to the next time he got behind the wheel.

I had no Hillbilly Elegy, and I suddenly very much wanted not only Hillbilly Elegy, but other books. I’d had so little time for reading for such a long time that listening to a story unfold had made me realize how desperately I’d been missing the electrifying magic of other people’s words.

Too, audiobooks had worked so well for Ian and his traffic problem that I thought they might kill the monotony of the twice daily dog walks I’d been taking for two years. Music wasn’t cutting it, anymore. As audible scenery went it held all the excitement of the dull evergreen shrubs Lenny and I passed on Hackmatack every afternoon.

I added the Audible app to my phone and chose my first book, watching with Christmas-morning impatience as the files downloaded, downloaded.

The first month of mobile “reading” was dedicated to some books Ian had already bought. Barry Eisler’s John Rain series filled my head for weeks, Eisler’s voice accompanying me as Lenny and I stepped through and over Hackmatack’s sidewalk snow.

Because Eisler reads his own novels (and with such skill that AudioFile Magazine has twice awarded him the Earphones Award), while I may have been denied the freedom of my own interpretations, I was at least hearing the words in the precise way the author intended. It was no different from being at a (very) long author event, really, which even literature professors would agree is an acceptable way to be read to.

When my Eisler stash was gone I considered other fiction, but I chose nonfiction, instead, believing listening to it would be not only educational, and therefore justified, but also every bit as harmless as listening to authors read their own work. After all, how many literary or tonal nuances could possibly grace the biography of Walter Cronkite? Or the history of human evolution, as chronicled in Sapiens?

My first exposure to a novel read by someone other than the author came only after I’d exhausted the list of available, and interesting (to me), nonfiction. In a “why not?” moment of reckless abandon, I downloaded Liane Moriarity’s The Husband’s Secret.

Reader Caroline Lee was utterly fantastic. By the time I finished, I was ready to listen to virtual stacks of novels not read by their authors, and one after another they engrossed and delighted. I was insatiable!

And then came a jarring confrontation with the other power of a voice.

The book’s synopsis promised a suspenseful page turner. I pressed “play” the moment I stepped outside with Lenny. As the woman read, I noticed that my pace slowed. Five minutes in, I was getting distracted by things to kick on the sidewalk—acorns, small rocks, a clump of dirt. Ten minutes in, I yawned, bored almost to the point of feeling anxious by the slow, spiritless voice in my ear buds. I pressed “pause,” switched apps, and listened to music.

There, then, was another critical difference between reading and listening: the wrong voice/tone/energy could murder an otherwise absorbing book.

I was thinking about the unfairness of it all—poor writers, losing readers for reasons other than the writing!—when author Ian Thomas Healy, in the course of my 5 On interview with him, suggested that I have my own novel adapted into an audiobook. He’d had a few of his adapted, he said, and he’d seen an increase in sales as a result.

“Reading” someone else’s work, pressing “pause” and returning a book if I didn’t like the voice or reading style, was one thing, but I certainly didn’t want anyone doing that with my book.

I also shared Betsy Robinson’s sentiments about the desired nature of the writer/reader relationship: “[W]hen I spend four years honing a novel, I’m not imagining some intermediating interpreter conveying it to a reader,” she writes in “Look, Read, Listen.”

When I ultimately decided to go ahead with the audiobook, it was because of the important words Healy had used: “increase in sales.” I swallowed any discomfort—discomfort that can pull like sickness when it’s a fear of your hard work being misrepresented—and began the process.

In the months since, the audiobook has been published and I’ve thought a lot about the artistic conversion from text to voice. While Willingham does say reading requires more decoding from the reader than does listening, he adds, however, that “…most of what you listen to is not that complicated. For most books, for most purposes, listening and reading are more or less the same thing.”

Decoding is more important for those learning to read, he explains. Those who have been reading for some time are generally already fluent at it.

Well, whew! That eliminated some of my own cheater guilt, but as it happens, listening to a novel is valuable even for those who don’t read text well. Educational website Reading Rockets lists among the benefits of listening to audiobooks that listeners gain access to work above their skill level, they’re given a model for interpretive reading, and they’re more likely to explore new genres.

For the seasoned reader of text, audiobooks also help develop critical listening skills, according to Reading Rockets. I can attest to this—it definitely takes concentration and a commitment to pay attention.

I was surprised as an audiobook listener to not miss what Robinson describes as the “full-sensory and gloriously autonomous experience of a direct hit from words on a page,” or even the hours of visualizing my occipital cortex wouldn’t be doing.

Instead, when “reading,” I delighted in the sound of the poetry of words where such poetry existed. There was also an unanticipated side effect: memorable scenes attached themselves to my exterior sensory experience. When Lenny walks and I huff up a steep path where, months ago, I was “reading” Suki Kim’s Without You, There Is No Us, I’m transported to a Pyongang school cafeteria’s obedient students and nervous, secretive teachers. A love-lock fence section of Main Street plops me in the middle of a military school dorm room, where emotionally stunted and lovable cadet “Pig” lectures his paisans about what they’d better not say in the presence of his girlfriend’s picture in Pat Conroy’s Lords of Discipline. I can still hear John Rain/Eisler in my head, still taste a sip of whisky in a Tokyo bar, when I walk down Hackmatack, and an image of the snow covered trees on the narrow road to Litchfield watermarks my memory of Vance’s description of Appalachia.

The writer in me is now grateful for the audio option less for sales potential than for the ability to reach others who “desperately want to read, but no time, no time…” As much as I feared the influence of someone else’s voice, I—like every writer—had to accept that writing will always be interpreted, correctly or incorrectly, by the silent reader, the listening “reader,” the voice reader, or the literature professor who, more often than not, will just tell students how to interpret the work. Admittedly, I’m also comfortable with it because I was paired with Nila Brereton Hagood, an insightful voice reader. She incorporated personal interpretations that got me to laugh or made me mad, and in places I as the writer should have been immune to. She was also eager to collaborate, which meant there were two of us who wanted the story to be told right.

The book lover in me, though, is even more grateful for the audio option. In just eight months I’ve been able to “read” thirty-eight books I otherwise wouldn’t have. I’ll still use air quotes around “reading,” but only for the sake of accuracy. My cheater shame has been edged out by the conviction that writers write in order to have their words experienced, and that readers and “readers” alike just want to experience them. Period.

“Comparing audio books to cheating,” Willingham writes, “is like meeting a friend at Disneyland and saying ‘you took a bus here? I drove myself, you big cheater.’ The point is getting to and enjoying the destination. The point is not how you traveled.”