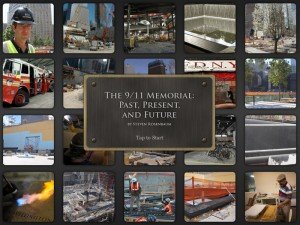 In the past ten years, the very nature of storytelling has changed so much, I don’t really know what to call myself.

I’m an author, a filmmaker, and a photographer.

The one thing I know for sure, I have a story about the 9/11 Memorial that is different from anything else—and it began ten years ago.

After 9/11 I made a film. It was called 7 Days In September and it got good reviews.

In making that film, I ended up as the curator of the world’s largest single collection of 9/11 video.

Along the way, my film career expanded to photography and writing. I’m a photographer with Getty Images and a published author with McGraw Hill (Curation Nation).

So, foolishly I thought that a triple-threat would be catnip for book publishers looking to have editorial projects that spanned media on a topic that clearly was going to be topical, and then evergreen.

Book publishers first said, “You’re making a photobook.” The subtext: “We hate photobooks.” They are expensive, hard to market, and only sell as Christmas gifts. So my photos were a liability.

I thought that having video that tied back to the text could help with an enhanced e-book, but here too publishers seemed to think that they were in the “word” business and all this other stuff was just for marketing or a distraction.

The challenge of the topic of 9/11 is that the reader brings different needs, and fears, to the topic.

For some readers, the history and the future of the site are powerful. The day of 9/11 is just too painful. For others, who are too young to remember the day, those stories and images are essential.

Simply put, it’s a story that needs multiple entry points and multiple exits. For an author used to taking readers by the hand, that is no easy transition—but one that is both interesting and very much where the future of the book is headed.

So rather than create a linear experience—a film or book with a beginning, middle and end—I decided to create a journey. 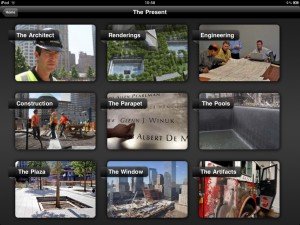 It’s what I call an AppBook.

The app was submitted to Apple on August 4 and approved on August 8, which my developer friends tell me is unheard of.

But, marketing an app isn’t easy. And Apple adds a few bumps in the road. You can only send out 50 pre-release preview codes before the launch date.

And finding a way to reach iPad owners without being featured by Apple is a trick too.

So, after much soul searching, I priced the app at FREE. The plan is to get it in as many hands as possible from September 1 to September 11. Afterward, it will be priced at $9.95. (Click here to visit the app’s site.)

I’m not sure how that will work out, if either the book trade media or other media will engage, and how readers will feel about the material or the format.

But it’s an adventure and a topic that I’m going to follow until the Museum opens in 2012. 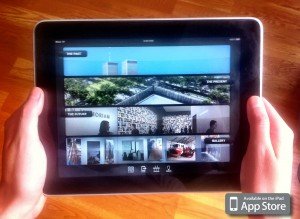 Steve Rosenbaum is an American television producer and filmmaker best known as the creator of MTV News UNfiltered. He is the author of Curation Nation, published by McGrawHill Business (2011). He is the founder of Magnify.net, where people can integrate user-generated video, video that they produce, or video that they discover into a website with social networking features.