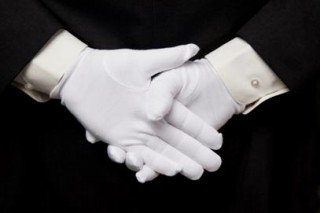 With independent author success on the rise, the role of agents has taken a precarious turn for the unknown. Many agents are seeing fewer sales and lower advances (which equates to lower income), and are looking for ways to keep their heads above water. One path that some have taken is agent-assisted self-publishing.

What is agent-assisted self-publishing?

Agent-assisted means different things to different agents. Some agents help an author self-publish, literally. This means they format the files for publication and upload them, and take 15% of the sales revenue. Those scenarios may still call for the author to pay for editing, cover design, marketing, etc. Some authors think that the agent bond they create, by paying that 15%, will make their path to traditional publication easier, while other authors simply don’t understand how easy it is to self-publish. Fear can guide writers to hand over their income because it’s easier than learning to format an e-book, or understanding what is needed to self-publish.

This depends on the contract, but in general:

There are no “rules” for agent-assisted self-publishing, and before authors give away their hard-earned money, they should think about these points and try to negotiate what is in their best interest.

For authors ultimately seeking traditional publication, remember that what sells books to publishers is the writing, and that writing doesn’t change if your agent is earning zero dollars or thousands of dollars from your work. Publishers don’t appear to be interested in self-published works unless they’ve sold over 50,000 copies—in some cases, even higher—or hit the e-book bestseller lists. Having your book repped by an agent means nothing unless the writing is good enough for a publisher to purchase it in the first place—and if that were the case, you probably wouldn’t be considering the agent-assisted option. That’s the harsh reality.

Those who are moving in this direction should ask more experienced friends for help, take a course on e-publishing, or seek one-time, fee-based services to help them through the self-publishing process. My own company, Fostering Success, offers a self-publishing 101 course for under fifty bucks, and you can find other reputable courses or guidebooks from places like Writer’s Digest or successful independent authors such as CJ Lyons and Joanna Penn. You’ll spend a lot less than 15% over the lifetime sales of your book.

What about foreign rights, film rights, and the like?

Agents can sell such rights without earning income through self-assisted self-publishing. Put another way: Agents do not need to earn 15% of your total income to sell subsidiary rights. Know this before you leap into giving away your royalties.

Another agent-assisted self-publishing option now being pushed by Amazon KDP is the White Glove Program. Amazon KDP’s need for exclusivity is the driving force behind the White Glove Program (WGP), but they’re being smart about it. The program is only available to agented authors—their gatekeepers for quality assurance—and offers a modicum of promotion to represented authors. A WGP book is promoted on three Amazon pages in rotation with other WGP books for a period of thirty days. In return, Amazon KDP requires a 6-month or a 12-month period of exclusivity (merchandising changes with contract term). Some authors see a spike in sales during that 30-day period, while others see little, if any, difference.

The complicated part of the WGP scenario is that to benefit from this 30 days of promotion I’ve just described, you must sign a portion of your royalties away indefinitely to your agent. Having twice taken part in the WGP, I have seen the benefits and negative outcomes of this program, and while it can be a beneficial program, 30 days of promotion are not worth the life-of-the-book revenue grab by agents.

Important note: When you are exclusive to one reporting venue, such as Amazon KDP, you cannot make any of the bestseller lists outside of Amazon’s Top 100. The New York Times and USA Today both require two or more reporting venues, so even if you sell 100,000 copies on Amazon, you will not make the lists that can lead to large advances with traditional publishers. Make your choice wisely.

Below is an agent contract proposal developed specifically with the WGP in mind. All authors should consider using this as a starting point for contract negotiations with their agent if they decide to pursue WGP.

Remember, if you go with the WGP, it is a KDP contract that only affects your digital format. There is no need for your paperback to be under the agent’s control at all. Digital and print formats are handled separately.

If the agent holds the ASIN (Amazon’s unique product identifier) and the rights revert to the author, it requires re-uploading of the e-book on a separate KDP account, which means losing hard-earned rankings. In addition, because a new book page will be created on Amazon, all back links pointing to the book page are also lost, as that page will be removed.

Since starting over is not easy or beneficial, the author should put in place a system that allows for the book to remain untouched after the life of the contract, thereby allowing the author to maintain the value of their marketing efforts.

Bundling of books is very popular, but creates difficulties when you have a range of titles available, some under an agent-assisted contract and some that are not. It is best if you can exclude bundled e-book sales from your agreement with the agent; however, if you are unable to negotiate such a deal, and if you choose to include an agent-assisted title in a bundle, then I suggest the following:

There is no doubt that Amazon is the 800-pound gorilla that can make or break your book, but what I’ve discovered is that if you write a good book and market it well, your book will sell incredibly well with or without WGP. It’s the Amazon algorithms that make the difference, and you can reach them without WGP—although for some, WGP can provide a great start.

If you don’t understand publishing contracts, or if you have yet to be exposed to them, seek advice from those who are knowledgeable in the industry. Take control of your career so your income is not mismanaged, and most importantly, remember that success only comes overnight for very few people. In reality, it takes years to become a recognized name. Manage your expectations, and think long term.

A personal thought on managing expectations: There is no secret to selling good books. I see two big issues with the mindset of indie authors today: (1) their expectations seem to be out of whack because of the false hope given by KDP Select after-free promotions, and (2) they’re looking for the easy path to success. With the advent of Select freebies, authors have forgotten that learning to market and have a professional, active presence is vital. It will be interesting to see what happens when Select freebies go away.

The bottom line: Authors should not give away their royalties indefinitely in exchange for a short-lived sales push. Authors are so desperate to show sales that they’re giving away (literally) thousands of books every month instead of learning about marketing and working on exposure. Before signing on for agent-assisted self-publishing, weigh your options carefully, and don’t be afraid to negotiate.

Melissa Foster is the award-winning author of four international bestselling novels. Her books have been recommended by USA Today’s book blog, Hagerstown Magazine, The Patriot, and several other print venues. She is the founder of the Women’s Nest, the World Literary Café, and Fostering Success. When she’s not writing, Melissa helps authors navigate the publishing industry through her author training programs on Fostering Success. Melissa has been published in Calgary’s Child Magazine, the Huffington Post, and Women Business Owners magazine.