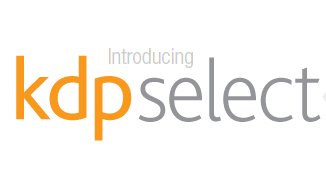 This is a guest post by CJ Lyons from 2013, so aspects of KDP Select and KU have changed since she wrote this. If you’re investigating whether KU is right for you, you’ll need to go further than reading this post.

There’s a lot of turmoil right now in the self-publishing world regarding the Amazon KDP Select program. I’m not sure it’s warranted. The Select Program is just that: a program, a tool, a tactic.

In other words, it’s not a promise, a guarantee, or even a long term strategy—for authors or Amazon.

It’s a program. Subject to change. And it might not fit your needs now—or later—or ever. Or it might be the catalyst you need to engage new readers and propel sales.

For those who don’t know, here’s what Amazon KDP Select is in a nutshell:

In exchange for giving Amazon exclusive use of a piece of digital content for 90 days, you receive five days (any five you choose) to make your digital content available for free, and you also get paid for any of your e-books that are lent through the Amazon Prime library.

Let’s break that down.

Depending on your audience, that could be a deal breaker right there. Or it could be an opportunity.

If your readers buy a significant number of your books from other venues, then you probably don’t want to anger them by providing content only to Amazon. If you have no readers yet, then building an audience on Amazon before branching out to other venues might be an excellent choice.

Established authors with several titles might rotate content through Select if they’re finding that they get a significant number of paid lends and new readers from the program. They could also use Select to launch a new project, receiving feedback and reviews via Amazon before distributing a title elsewhere.

Newer authors with limited readership probably have nothing to lose by granting Amazon exclusivity while they use Select to build their audience. Select becomes a tool to build a presence on the bestseller lists, reviews, and solid sales figures, along with an income before expansion, much in the way that smaller presses can serve as a stepping stone to larger publishers.

What about the income from lending?

It’s been averaging around $2 a lend, which might be more than you make on a sale if you price your books below $2.99. Above $2.99 and you’re losing money compared to an actual sale.

In my own experience, both times I tried Select, my lends were neglible compared to other authors. But as I polled other authors, I realized that the lending trends fall into two groups: relatively unknown authors were receiving higher numbers of lends while more established authors weren’t.

My guess is that the better-known authors with established series, good reader reviews, and bestseller status were actually being bought rather than borrowed. In my case, I could calculate the higher number of sales I received via Select and compare it to the lends as well as what I would usually sell of those titles via other venues.

For the two 90-day periods I was in Select, it was a virtual wash financially.

(Note: I’d also guess that Prime readers are smart enough to assume that any author in Select might be going free in the near future and many of them are starting to wait before buying or committing to a lend until they see if the book goes free or not. If this is the case, then the financial advantages of Select will be quickly erased, especially for established authors or those selling at a higher price.)

What about those 5 free days?

Don’t they make Amazon KDP Select an even better deal, worth the exclusivity? Or are the rumors true, and free isn’t working any more?

Yes and no. Free definitely worked better when Select first began and your free downloads jumpstarted your paid ranking. Now, after an algorithm shift, those free downloads don’t help your paid ranking as much, so unless you hit the top of the free list with a massive number of downloads (probably at least 20,000), it won’t place your book very high on the paid bestseller lists.

But if your free days land you on the Top 20 (first page) of the free bestseller list, that exposure might be worth it in terms of increased sales for the days following a free promotion, not to mention the number of readers who now have your book. This could lead to more reviews and increased sales of your other books, especially if you created an easy way for them to access the rest of your list via links in the back of the free book.

Who should be using Amazon KDP Select’s free days?

1. Established authors who want to jumpstart a title whose sales are lagging.

2. Authors with a new release that’s part of a series—and want to bring new readers on board quickly—could use Select’s free days for the first in the series, hoping that it will lead to sales of the following books.

3. New authors with only two or three titles who are trying to grow their readership. This group will probably find the Select program the least restrictive and most help as they can earn income via both sales and lends while rotating their books through free days.

Note: I would NOT use Select if I only had one book. You might see increased sales but once readers read that title where are they going to go next?

Select is a tool, a tactic to help you achieve your goal. But first you need to decide on the goal. Are you aiming for income or exposure?

If your book attracts a lot of lends and/or sales, then Select may help grow your income. You want to also compare the income potential of other venues for your genre before committing, or cycle in and out of Select with different titles so that you don’t totally lose readers from other venues.

If you’re looking for new readers and exposure for your other books, then Select’s free days might make the exclusivity worthwhile, especially if you use it as part of an overall promotional strategy. There are other ways to use free besides Select (such as via Kobo, Smashwords, Apple price-matching or your own site in the form of giveaways), so weigh your options carefully.

The future: Do readers EVER have to buy another book?

The bottom line with any discussion of free books isn’t so much the venue supporting free as much as the readers embracing it. Some readers feel that Amazon is the equivalent of their public library, providing a never-ending stream of free titles.

I’ve noticed a few things about these readers who are constantly grazing for free:

I’m not alone in noticing these trends. I asked the hosts of the Self-Publishing Podcast, Johnny Truant, Sean Platt, and David Wright (if you’re not listening to these guys, you should!) about their experiences with Select and this is what Sean told me:

“David and I owe a lot of our early success to KDP Select and are appreciative for all it’s done for us. It was a terrific program, and still is if used well. When we first published Yesterday’s Gone, no one besides Amazon had the reach. Coupled with the ability to flip a switch and make our titles free, it was an easy decision. Originally, we were on Nook and iBooks as well as Amazon, but they accounted for almost none of our sales.

The program now puts most authors at a disadvantage. The exclusivity was once offset by the chance to gain mass exposure and a healthy aftermath of sales, but changes in Amazon’s algorithms (which now lend negligible weight to free titles) have dimmed the results of free promotions. This, along with a throttling of free sites and their ratio of free-to-paid promotions, have drastically reduced the effects of KDP Select.

The market is saturated. There are too many authors screaming for the same six seconds of spotlight. Free isn’t converting to paid like it once was, and worse, authors are creating a culture of readers who are being nurtured away from paying. Those authors who can still be served best by KDP Select are the ones with smart funnels and using free promotion to direct readers toward other paid titles.”

Johnny had a similar experience with his latest release:

“My last launch that happened inside of Select, for Fat Vampire 4, was a total flop. I’d been getting e-mails and tweets from fans who were ravenous for the book, and when I launched it free, it felt like all I did was to give it away to people who were dying to pay for it. In the past, putting a book later in a series as free would drive sales of the prior volumes, but that didn’t happen AT ALL this time. I sold almost no previous volumes, which led me to believe that everyone who saw Fat Vampire 4 and might have been interested in Fat Vampires 1-3 already had those volumes. Which meant I wasn’t reaching anyone new; I was simply proving a fixed pool of people with free content. I can attribute maybe $50 total (across all Fat Vampire books) to that promotion, and I netted only 6 reviews. That simply isn’t equitable or reasonable. “

Bottom line: 3 questions to ask before any free campaign

When Amazon KDP Select first began, the choice was easy. But now it may not provide the one-stop marketing solution it used to.

One thing about this business, it’s always changing. Keep your options open and don’t be afraid to experiment. Find what works best for you and your readers. Treat your readers right, but make sure they are the right readers for you!

Note from Jane: If you found this post helpful, I encourage you to check out CJ’s website for writers, which offers more information, workshops, and resources for all types of authors.

New York Times and USA Today bestselling author of eighteen novels, former pediatric ER doctor CJ Lyons (@cjlyonswriter) has lived the life she writes about in her cutting edge Thrillers with Heart. CJ has been called a “master within the genre” (Pittsburgh Magazine) and her work has been praised as “breathtakingly fast-paced” and “riveting” (Publishers Weekly) with “characters with beating hearts and three dimensions” (Newsday). Learn more about CJ’s Thrillers with Heart at her website and everything she knows about being a bestseller and selling a million books at www.NoRulesJustWRITE.com.