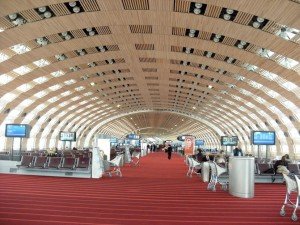 Today’s guest post is by Ann Okerson. Ann shared the following story on a listserv I belong to, and I asked her permission to share it with you, because I find it fascinating and instructive for authors everywhere.

The other day I was sitting at Dulles airport, awaiting my flight to Hartford, Connecticut, reading a book on my Kindle Fire.

(It happened to be Robert Harris’s Imperium. Blurb: “The re-creation of a vanished biography written by his household slave and right-hand man, Tiro, Imperium follows Cicero’s extraordinary struggle to attain supreme power in Rome.” I’ve found the book riveting, though several negative reviews on Amazon point out that there is too much detail and too many unpronounceable names that are hard to remember—but I digress.)

As I was reading, an unprepossessing young woman approached and handed me a business card. She said, “This is the card of my sister, Stephanie Queen; she writes e-books—wasn’t able to get a start in print, so she’s doing her own writing and formatting and promotion.”

Though not quite as exciting as Imperium, this was a welcome diversion while passing 3.5 hours of connect time, so we talked some more. Apparently, the sister writes romantic fiction, makes it available for several e-book platforms, is getting good visibility through reviews (the online ones seem positive; I’ve just looked), networking with other romance writers whom she lists on her own Web site, and making up stacks of business cards for family and friends to hand out at places where people are bored, such as airports. And, there’s also a second card with a code that gets you a free copy of one of the books, but Sister had run out of those. She apologized, but noted the books are cheap and affordable, even if not free! She was quite a fan herself.

We’ve all heard and read (and here shared) stories about writers getting launched in e-world. This is a first-hand story about one such person and her marketing campaign. Pity the novelist wasn’t in the boarding area! In case anyone is interested in her self-presentation, the web site is www.stephaniequeen.com.

In fall 2011, Ann Okerson joined the Center for Research Libraries as Senior Advisor on Electronic Strategies, working with that organization to reconfigure and redirect various existing programs into digital mode. Previous experience includes 15 years as Associate University Librarian for Collections & International Programs at Yale University. She is a leader in licensing electronic scholarly resources, having developed a model academic contract adapted widely by libraries and organizations.