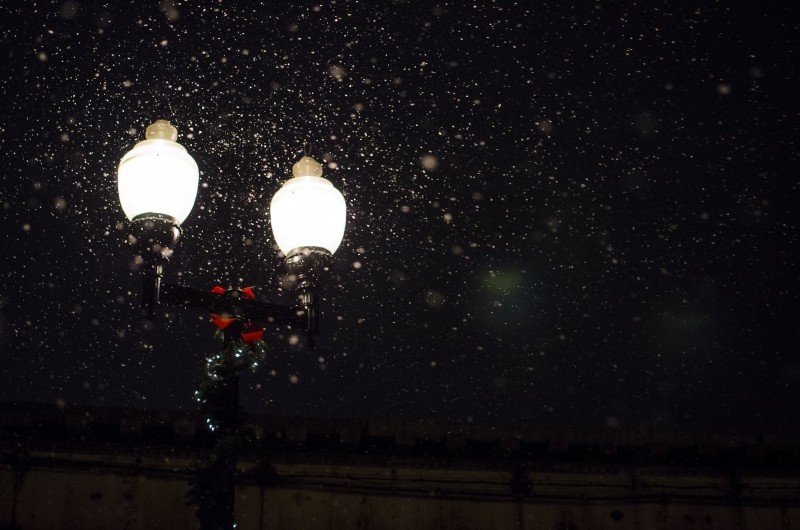 Today’s guest post is by Julie Lythcott-Haims (@jlythcotthaims), excerpted from her foreword to Writing Memoir, a new book of writing prompts by the San Francisco collective The Writers’ Grotto.

Memoirists take on the risks associated with telling truths in public, and thus are the bug lighters of the literary world. Critics love to pick on us—they equate the genre to a gathering of nudists whose bodies no one wants to see. Family and friends can be critics, too—they may not like the secrets being revealed or the way they’ve been depicted on the page. But whether memoirists are lauded as heroes or reviled as knaves is beside the point. The truth is worth telling. And sometimes the truth hurts.

Whereas in a novel the reader is aware of three distinct points of view—the author who writes the book, the perspective from which the story is told, and the main character or protagonist who lives the story—in memoir, the author, narrator, and protagonist are one and the same. This requires a bit of psychological sorting, and embedded in the complexity is a critical lesson: A memoirist’s central preoccupation is determining what the self knew (and when) and how the narrator should reveal the protagonist’s journey to the reader, while doing a delicate dance with the changing nature of memory.

Unlike novelists, memoirists choose not to invent a world where anything goes and where the author will have complete deniability. Our oath is to the truth. Yet truth is not as ironclad a concept as it may seem. Think of it as fact versus perception; this seems like a clear distinction, yet is my perception not the pencil that records the facts of my life?

Following Thanksgiving dinner, for example, were you to ask all of your relatives to spend half an hour writing down what happened during the meal, you would get as many versions of that truth as there are relatives. Each of us sees things differently, through the lens of our experiences, biases, fears, and needs. The Thanksgiving scene—who arrived when, who sat where, the food, the conversation, and what caused that clatter in the kitchen—is now part of the past.

The only means we have for resurrecting it are the memories of the humans who were there. Memory, therefore, is a representation (a re-presentation). Even if the whole thing had been recorded and watched on instant replay in the family room, we might know the what of what happened, but we still wouldn’t know the why and the how. Why Uncle Rufus showed up late and how Mom felt when she heard him come through the door. Why Dad had a smirk on his face. Why cousin Iona grew silent. How Emmett felt as he sat there. How, when all was said and done, there was a pile of potatoes on the kitchen floor. Is anyone’s conclusion on these matters more right or wrong than anyone else’s? Not really.

Moreover, we are biased either toward or against ourselves and others; we can’t know what we do not know and often don’t know why we did something, let alone what motivated someone else’s behavior. And what we do know is, by definition, only what our memory has chosen to retain for us. Memoirists aim for accuracy, honesty, and fairness, knowing certainty is impossible to come by.

How to begin summoning the best memories you’ve got

The material you can’t bear to face or write about could ultimately form some of your most impactful writing. See if you can go there. If you don’t, you might make the mistake of telling the story that stands in front of the story that actually wants to be told. Dig up not just what happened to you but what you did to others. Tell yourself you can always take the hard bits out before anyone sees—for that is true—and it will also give you time to get comfortable seeing that stuff on the page.

You have to be okay with your flawed self, and all of the flawed selves in your story. You also have to be fair to everyone else. As my editor told me when I was writing my memoir, “Be the God of all characters,” by which she meant care about everyone equally. Look at every interaction from all angles. Make sure you’re not portraying yourself in rich complexity and everyone else as stereotype. My editor also meant I had to be realistic about myself. She told me, “Readers won’t trust you or root for you unless they know about some of the stupid, shitty, and shameful things you have done.” It felt like a paradox—how are they going to like me if I give them a reason to hate me? But I came to understand her point. All humans are flawed; a willingness to show your own flaws on the page makes you all the more relatable.

Inspired? Scared? Good. Give over to the inner plea: “Something happened to me and I think others should know about it.” If this plea comes with the wild scream of ego needing attention, you might want to check yourself. (Memoir writing can be a wonderful catharsis, but do you need to inflict it on others? Maybe you just need to spend a lot of time writing in your journal.) Yet if the plea comes with quiet certainty that this topic bridges your human experience to that of others—sharpen your pencil. Humans yearn for connection, community, and meaning, and can find it in the well-told stories of others. Hold your primary readers close to your heart. If they know how tamales are made or how black hair should be handled, don’t overexplain it; let those who don’t get it look it up. Put differently, a good memoir is an act of service. The human condition in its alienation, pain, and joy yearns for a faithful scribe. Memoir offers readers that ultimate safe harbor: the knowledge that they are not alone. 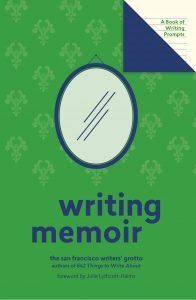 3 memoir writing prompts to get you started

Note from Jane: if you enjoyed today’s post, be sure to check out The Writers’ Grotto’s entire Lit Starts series: writing prompts for memoir, dialog, character, action, humor, and sci-fi/fantasy.

Julie Lythcott-Haims is the New York Times–bestselling author of How to Raise an Adult. Her second book is the critically acclaimed
and award-winning prose poetry memoir Real American. She holds a BA from Stanford, a JD from Harvard, and an MFA in Writing from California College of the Arts. She resides in the San Francisco Bay Area, where she is a member of the San Francisco Writers’ Grotto.