When I found a good home for my essay collection Anxious Attachments, I knew I would have to take an active role in marketing. After all, while Autumn House Press is a fine press, it’s also small and independent, with no marketing department and limited funds. I published both of my earlier books, Not a Matter of Love and Anthropologies, through university presses—also wonderful, prestigious presses that don’t have marketing departments.

The main problem, however, was me: I knew nothing about marketing and, honestly, didn’t realize I would need to do it.

Because university and small presses published all three books, I can describe to you what those publishers are able to do with their limited resources:

While this isn’t a marketing campaign like one you might get from a big press—which would only occur IF your book happened to be one of the books it wanted to push—it does help you cover all four areas outlined in Jane Friedman’s post, A Book Launch Plan for First-time Authors with No Online Presence:

I soon recognized I would have to fill the marketing gaps myself. It’s not that hard; it just takes time. And the rewards amount to more than just book sales.

The first two steps are definitely easier to take than they used to be even ten years ago. Email and social media go a long way towards notifying readers and helping you network so you can set up readings and get reviews. With my first book, I created a website. For my third, two friends completely updated and revamped it.

With my second book, I’d done one very important thing: Because Anthropologies was a lyrical memoir and very unusual in structure, I decided teachers of creative writing were important influencers, so I sent a copy of the book out to every teacher I thought might want to teach it. I’d been training teachers at the university level for eleven years, and I’d been in the job market, meeting faculty at interviews. So I sent quite a few copies to this network, each with a personal note, reminding the recipient about when we’d met. I knew that course adoptions would be great and, that if teachers liked the book, they would tell other teachers.

This must have worked because the book has been taught by people I’ve never met and those to whom I sent a copy. I had hoped that some of those teachers might also write reviews, a gamble that didn’t pay off but could have.

Steps 3 and 4 on the list are the harder, of course—reaching influencers and strangers. Just how do you do that?

By the time the third book, Anxious Attachments, was accepted for publication, I knew at least two people who had hired publicists for their books. One had done an excellent fund-raising campaign to hire her publicist, and she probably got more online exposure from the fundraising than she did from the publicist. The second friend had very good results from a partial campaign. I interviewed both friends to find out what they recommended, and I read a few articles about hiring publicists, including a really helpful entry, again, on this site: Choosing a Publicist: Ruling Out and Ruling In. Then, I interviewed a few publicists. 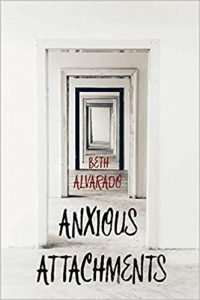 I ended up hiring the publicist who would do a partial campaign, partly because that was all I could afford, partly because my friend recommended him, and partly because he’d worked in small literary houses for ten years in New York City, with contacts possibly receptive to my work. He coordinated with my publisher to avoid duplicating efforts, and my publisher, of course, had my list of contacts for reviews.

Both of their lists increased my potential influencers exponentially, but, as it turned out, the only reviews so far have come from people on my own list. This doesn’t mean the publicist’s partial campaign was ineffective, in my view. There may be reviews yet to come, and for some contests or prizes, books cannot be submitted or nominated. Instead, reviewers out in the world select books.

The more reviewers see your book, the more likely it is to be selected. Any campaign is a matter of increasing your exposure, and the publicist has helped me do that.

2. Make readers out of strangers

As for reaching strangers or new readers, again I bought boxes of my books and gave them away at readings, asking people to post a review on Amazon or Goodreads in exchange. I gave one to a perfect stranger in a restaurant who commented on my book because I had it sitting on the table. But so far there are only seven reviews on Amazon and five on Goodreads. I’ve received many more emails than that from readers, those I know and those I don’t, and people have posted on Facebook. All of that is gratifying, but it doesn’t help me reach those people under item #4: strangers who don’t yet know my work. I am trying to encourage people to post, though it feels self-serving.

3-6. Make events connected to but not “about” the book

3. For instance, Lisa Bowden at KORE Press in Tucson sponsored a salon called “Matters of Life and Death,” where my friend and I each read short passages from our recent books and then facilitated a conversation with other people about those moments where you realize you are in the presence of mysteries you don’t understand. There were at least 40 people there, over half of whom I’d never met. I sold all of the books I’d brought, so did my friend, and it was a moving and enjoyable evening.

4. Also, I participated with five other women in a fundraiser Bowden held for KORE, a kind of Moth storytelling event, where we told stories about motherhood, riffing off earlier essays that we’d had published on the press’s blog. There were probably 100 people at that event, most of them unknown to me. So again, I reached readers who otherwise would never have heard of me and, in preparing, challenged myself in ways that were totally scary and rewarding.

5. At a bookstore, I arranged an “in conversation with” event with another woman who’d written an essay collection. Together we discussed recent essay collections by women and read from our own. The bookstore was interested in sponsoring this event because it was different from the usual readings where, typically, a small number of the reader’s closest friends show up.

6. I also hosted a more conventional reading but, again, with another writer and we were both reading about borderlands issues. Again, we both sold out.

These experiences have taught me that finding an unusual approach will attract both venues and an audience. I especially like events that also lift other writers. And so, as I go on to set up future events, I’ll apply what I’ve learned. I like approaching marketing sideways. But how could I do more of this? And how could I do it online?

This is where my publicist really helped me with ideas.

When we weren’t getting the reviews that we’d hoped for, he asked if I could write a craft essay. Fortunately—or not—my daughter had just opened my book to a random place, a scene she found objectionable. This resulted in a long conversation where she told me I was no longer allowed to quote her without her permission, and that conversation led me to write an essay called “When Your Daughter Refuses to Be in Your Essay.” The publicist was able to place it on LitHub, just in time for Mother’s Day. Because this essay was funny but conflicted, it generated many responses and reached quite a few new readers.

Next, he asked if I could write a playlist to go along with the essay collection because Largehearted Boy, a blog about music and literature, publishes playlists by authors in its Book Notes section. This was quite an undertaking for me because the events in my book take place over the 40 years of my marriage to my late husband, Fernando. I was reminded of everything from opera to mariachi music to seventies rock and roll to the indies rock my children loved. I found myself listening late into the night. My playlist turned out to be an essay in its own right, about 3,000 words.

After I had a draft, I read the instructions in the publicist’s email: “one track, explain the track,” so I whittled my list and my essay down to a manageable length. The entry for the final essay in the collection is: “If I were to make a playlist for Fernando, it would be filled with guitar music. Eric Clapton, George Harrison, Duane Allman, Jerry Garcia, Santana, B.B. King, Steve Winwood, Mark Knopfler. And Hendrix. Of course, Hendrix. Especially ‘Little Wing.’ If, when someone dies, the person we were inside of them also dies, then this is the girl I am mourning when I mourn Fernando.”

Again, something I undertook to promote the book turned out to be valuable in and of itself, and my book was exposed to a number of new readers, 150 of whom liked the playlist.

The third thing I’ve written with the sole intent of promoting my book is a review essay. My publicist asked me to write a few reviews, but I ended up writing an essay tentatively called “What is it? A memoir in essays? A collection?,” wherein I consider ten recent books by women essayists, 12 when I add my own to that list. My own struggles as a writer have often been about structure, and so I was interested to see how other writers structured their collections.

I didn’t want to write critiques, as some reviewers do, but instead an analysis of others’ projects: How is this working? What are its strengths? In what ways is it unique? I learned a lot by articulating, in this essay, the differences between a “memoir in essays,” “an essay collection,” and “a book-length essay,” something I would not have done otherwise and that will be, I’m sure, valuable when I go to market other projects. And, in the meantime, I am filling the role of influencer for others’ work. At least, that is my intent.

In short, like all of you, I have limited time, so doing this marketing has meant I haven’t had time to write anything brand new. However, I’ve realized that, through marketing, I’m laying the foundation for my story collection, Jillian in the Borderlands, which comes out next year. In the process, I’ve learned two crucial things about the role of marketing in a writer’s life:

The line between creating something and selling it doesn’t have to be a hard boundary, and crossing that line need not be painful. Instead, let it be a zone of creative exchange supporting your work and its readers.

Beth Alvarado is the author of Anxious Attachments, an essay collection, as well as Anthropologies: A Family Memoir and a short story collection Not a Matter of Love. Her collection Jillian in the Borderlands: A Cycle of Rather Dark Tales is coming out from Black Lawrence Press in 2020. Her essays have been published in literary journals like The Sun, Guernica, and River Teeth, and have twice been chosen as Notable in Best American Essays. Visit her at www.bethalvarado.com.